Home Real Housewives of Potomac News Karen Huger Slams Gizelle Bryant Over “Cruel” Eddie Rumors, Says RHOP Cast is Over Her “Bullying,” Is There Hope for Their Friendship? Plus Live Viewing Thread

Karen Huger Slams Gizelle Bryant Over “Cruel” Eddie Rumors, Says RHOP Cast is Over Her “Bullying,” Is There Hope for Their Friendship? Plus Live Viewing Thread 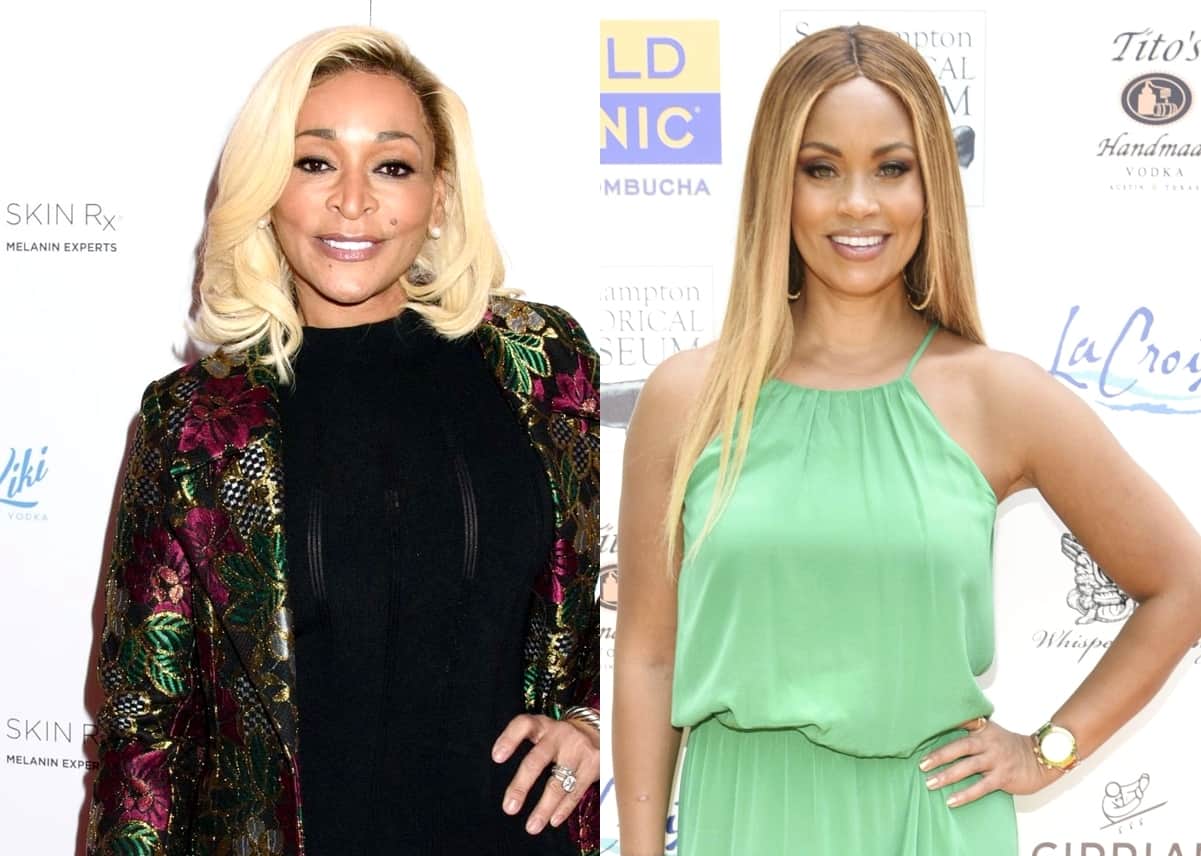 Karen Huger is reacting to Gizelle Bryant bringing up the “cruel” cheating rumors about Wendy Osefo‘s husband, Eddie Osefo, and she also shares whether she’s willing to patch things up with Gizelle.

Fans have been hearing about these “Eddie rumors” for a while now, but it seems the rumors will finally be discussed on the August 8 episode of Real Housewives of Potomac.

In a clip for the new episode, Gizelle not only question’s Wendy’s plastic surgery motives, but she says, “Supposedly Eddie has a girlfriend or something.” And when Karen spoke with E! News on August 5, she slammed the green-eyed bandit for acknowledging the gossip on camera.

“Rumors are always swirling around in this group and I just refuse to be one to [entertain it],” she told the outlet. “I don’t support it and I go directly to the source. I talked to Wendy, she says it’s not true. That’s all I need to know. I’m not going to bring it up to the group for drama or extra punch. I am an extra punch all by myself. So I just think it’s a little cruel and unnecessary.”

“But Wendy handles her own,” the Grand Dame continued. “And I certainly support she and Eddie as a couple. I’m so happy for them.”

Though things are about to get even messier among the group, viewers were already treated to an epic fight between Karen and Gizelle with Karen accusing the 50-year-old of having a “hot box.” Of course, Gizelle retaliated by suggesting that Karen has a drinking problem, which seemingly took the mother-of-two by surprise. So, considering their juicy spat, is there any hope for their friendship?

“I’m always hopeful but unfortunately Gizelle is slow to change,” Karen snarked. “And I am just in a point in my life where I am at acceptance of those and the actions they bring. I’m always hopeful that she will get on the bandwagon because all of the ladies, we are having a great time and I am friends with everyone.”

She added, “Even though Robyn [Dixon] is her ride or die and I have much respect for that, we have our moments because of her commitment to Gizelle regardless of what she says or does. I’m still OK with Robyn, and Mia [Thornton], Wendy and Ashley [Darby], and Candiace [Dillard Bassett]. We are just having a great time. I’m just hoping that Gizelle will get on the bandwagon with the ladies and change.”

Karen went on to say that she and her fellow co-stars are putting their foot down, and no longer allowing Gizelle to continue on with her alleged “bullying” ways.

“Change is going to be required because these women are dynamic and they’re not taking the bullying anymore and they don’t have to,” she declared. “So she’ll have to come correct. Am I hopeful about our relationship? I always have a small amount of hope for us because we were good in the day.”