Robyn Dixon Shares Status With Wendy Osefo After RHOP Reunion, Talks Wedding Plans, Plus Is a Cast Shake Up Coming? 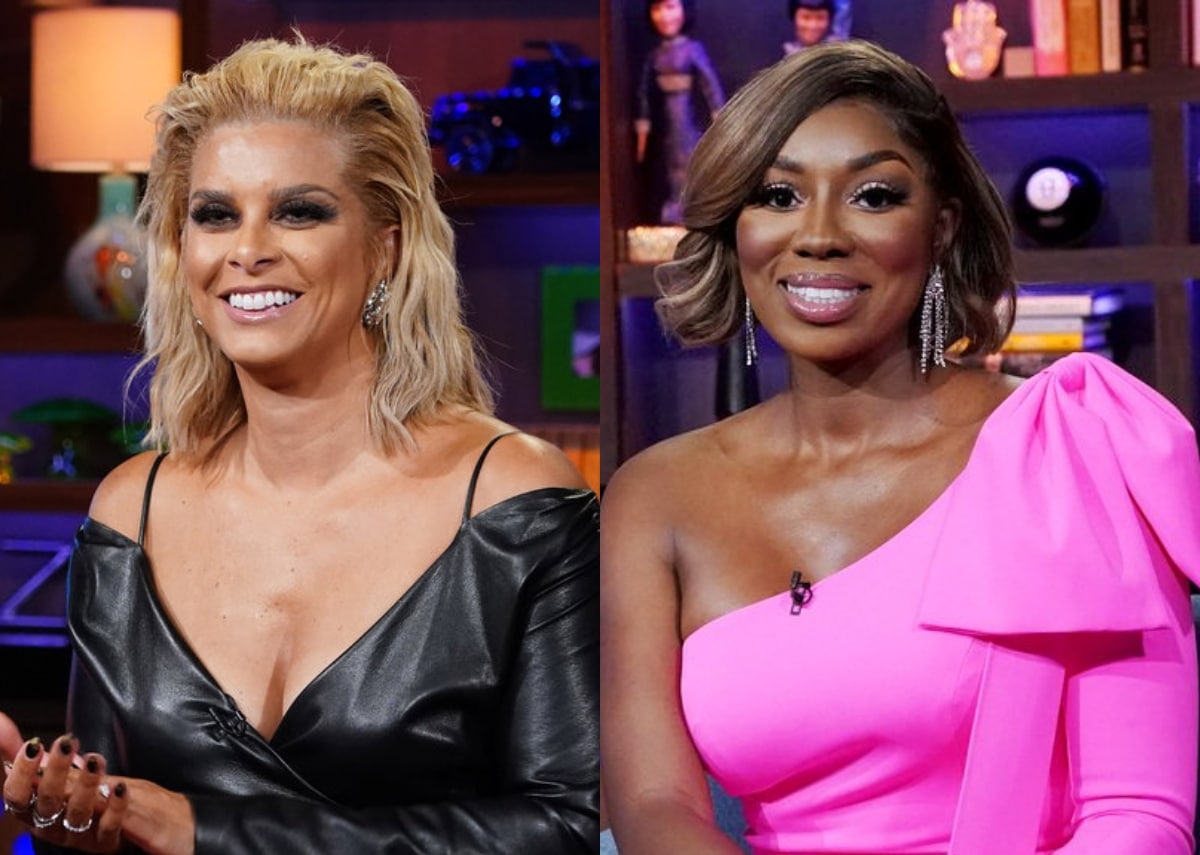 Robyn Dixon went into the Real Housewives of Potomac season six reunion hoping for resolution. But according to a new interview, it doesn’t seem that she got what she was looking for, at least in terms of her strained relationship with former friend Wendy Osefo.

While looking back at the taping, which took place in October and featured a “huge surprise” cameo from Nicki Minaj, Robyn slammed Wendy’s lack of accountability and shared her future plans for more kids and a second wedding with Juan Dixon.

“I don’t feel good about where we are,” Robyn told Entertainment Tonight of her and Wendy on October 29. “I was actually expecting to go into the reunion and come out with some resolution… I didn’t go into the reunion with anger and being tense and being rude. I went in with an open mind, an open heart. I wasn’t trying to be confrontational. I wasn’t trying to argue. I just wanted to talk stuff out.”

Meanwhile, Robyn revealed, Wendy showed up to the reunion “not even attempting to listen.”

“On these shows you kind of get to a point where people can reflect and look back and say, ‘Well, maybe I was a little too defensive…’ or, ‘Maybe I attacked a little too quickly…’ or maybe, ‘I didn’t give you a fair chance…’ and none of that happened,” she shared.

During one particular RHOP episode of season six, Wendy took aim at Robyn’s love life, telling her, “You don’t even have a relationship to even care about,” even though Robyn was, and still is, in a relationship with Juan.

“Once you see things weren’t really the way that you thought they were, why are you doubling and tripling down in your media interviews and continuing to put down my relationship? That’s the part where I’m stuck,” Robyn admitted.

“I’ve never said one bad thing about her husband, her relationship,” she continued. “I never talked about that [Eddie Osefo cheating] rumor. What I expressed at that time was, ‘I can’t believe they’re doing this.’ And so for her to just take everything that I said and make it seem like I was coming from a bad place, that for me was more hurtful than her talking about my [relationship].”

According to Robyn, she didn’t appreciate Wendy’s “over-strategizing” and “overthinking,” nor did she care for the way she was seemingly shading single people.

Although Robyn previously considered having a destination wedding with Juan, who she’s rumored to have already married, the couple, who share sons Corey, 13, and Carter, 12, is now thinking of something “more private.”

“We’ll see what happens,” she stated. “I’m aging by the day, so I’m not confident that it will happen regardless, but I haven’t closed the door on it.”

As for Nicki’s reunion appearance, Robyn said that while she suspected Nicki would be a part of the taping, she had second thoughts once she arrived.

“It was a huge surprise!” Robyn exclaimed. “Bravo production did a great job of surprising us, ’cause I think going in, we all, in our minds, [were] like, ‘They gotta make it happen!’ Like, Nicki’s going to be there. We were just waiting, but they really kind of took us off the scent and the surprise.”

“She was out there for a very long time — like hours — but she … wasn’t, like, quick hitting with the questions. She was really slow with it. Very intentional, very deliberate, and sometimes would get into [unexpected] conversations,” she added.

Also during the interview, Robyn said that she doesn’t think a cast shakeup is coming.

“I don’t see where changes are necessary. … I’m sure the goal would be to try to get everyone back to a good place,” she explained.

Part one of the four-part Real Housewives of Potomac season six reunion airs Sunday, November 7, at 8/7c on Bravo.