Home Real Housewives of Potomac News Gizelle and Robyn Claim Wendy Osefo Shouldn’t Be on RHOP and Explain Why as Wendy Drags Gizelle Again and Proclaims She’s the “Weak B**ch,” Plus Candiace Weighs In

Gizelle and Robyn Claim Wendy Osefo Shouldn’t Be on RHOP and Explain Why as Wendy Drags Gizelle Again and Proclaims She’s the “Weak B**ch,” Plus Candiace Weighs In 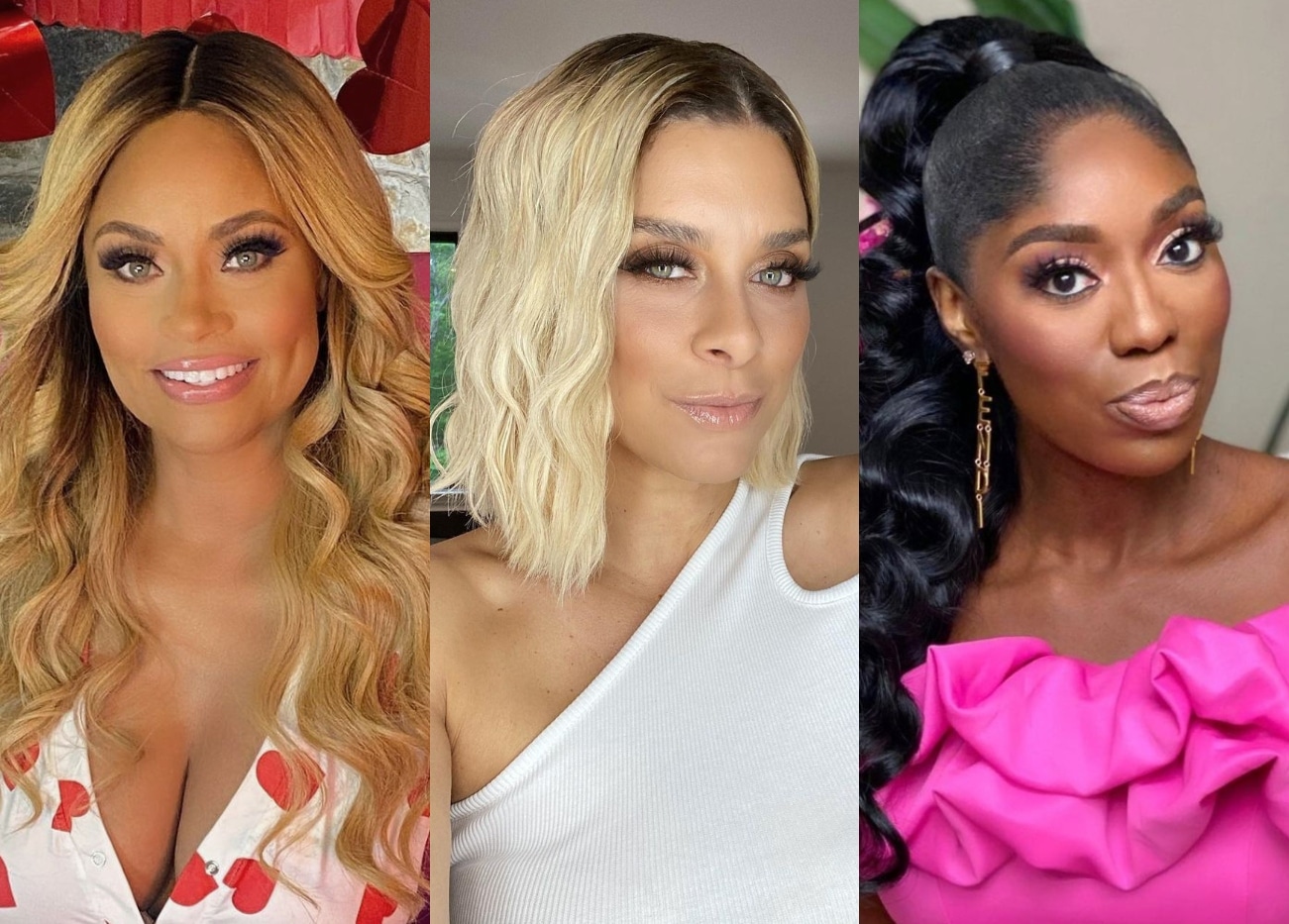 Gizelle Bryant and Robyn Dixon are explaining why they think Wendy Osefo isn’t “strong enough” to be on Real Housewives of Potomac as Wendy firmly reacts before Candiace Dillard Bassett shares her thoughts on the matter.

After Wendy was made aware that Gizelle and Ashley Darby had discussed the online cheating rumors involving her husband, Eddie Osefo, she seemingly snapped at Gizelle before also throwing shade at Robyn. Following the professor’s rant and subsequent behavior, viewers watched as Gizelle questioned if Wendy should be a part of the group if she’s going to “crumble every time” she’s faced with adversity.

Apparently, the My Word author is sticking by her statement on the show as she still feels Wendy can’t handle the “hard questions.”

“I make no bones about that, no. It is what it is,” she proclaimed on the latest episode of the RHOP: After Show. “And if you can’t be in this group and understand that we’re gonna ask the hard questions, and this wasn’t even a hard one. It was just ‘how are you feeling about social media’ was really what [the question] was… then, no. You’re really not strong enough to be in this group period.”

Robyn also weighed in by noting how all the women have dealt with adversity at one point on the show before suggesting Wendy believes she’s “above” dealing with the messy gossip.

“It’s so crazy because we’ve all been subject to rumors,” she explained. “We’ve all been on the receiving end of rumors about ourselves, about our husbands or whatever it might be. And so for Wendy to think that she’s above that, and that she shouldn’t kind of expect it at some point, is kind of ridiculous.”

Robyn added, “You have to be willing to be fully transparent to share your life. The good part and the bad part. Maybe she shouldn’t be on a TV show where your life is gonna be talked about if you’re gonna react like that.”

Nevertheless, Wendy asserts that she’s a “human being” so she’s obviously going to get emotional when nasty rumors are brought up about her family. But she also had a few words for Gizelle for insinuating she’s too “weak” for the group.

“So, when we are talking about weak, and we open it and we look in the damn dictionary, you see the face of Gizelle Bryant,” she continued while Candiace sipped her tea. “That’s a weak b*tch.”

As for Candiace’s take on the matter, she seemingly agrees with Wendy as she went on to slam Gizelle while questioning what the Bravo’s Chat Room co-host actually brings to RHOP.

“It’s disrespectful and it’s below the belt,” she asserted. “And for you to dog whistle to anybody and say, ‘Maybe she shouldn’t be a part of the group,’ then maybe you shouldn’t be a part of the group. What vulnerability do you bring outside of starting mess and having bones to carry left, right, and center? Don’t dare insinuate that someone isn’t strong enough to be in this group because they choose to have some character.”