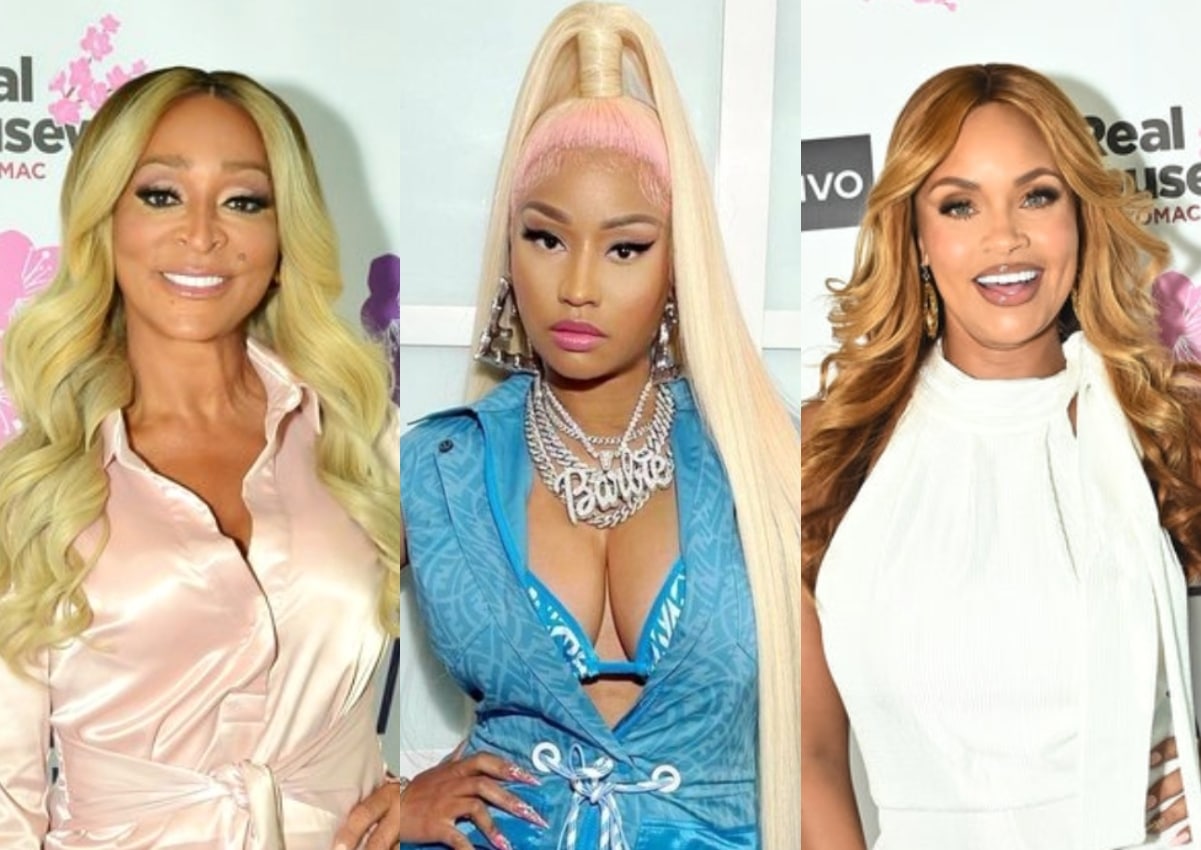 Karen Huger appeared on Watch What Happens Live after the latest episode of The Real Housewives of Potomac on Sunday night, and during the show, she looked back on the recent filming of the season six reunion.

After she and her castmates were surprised by Nicki Minaj at the taping, Karen revealed the rapper went after both Gizelle Bryant and Candiace Dillard-Bassett before sharing her thoughts on the fake booties of the cast and revealing how Ray Huger feels about Gizelle today.

“She’s just a real, real girl and so she held their feet to the fire,” Karen said of Nicki on the October 24 episode of WWHL. “She tore Gizelle’s a— up. It was wonderful! She asked questions that normally editing cuts and I ask those and they never make the tape so I’m hoping they keep that with Nicki.”

“I loved how she went for the juice with Candiace because she is a no-nonsense kind of businesswoman about the music industry. So she held Candiace accountable,” Karen recalled, adding that Candiace “finally pushed through.”

During a game of “The Shady Butterflies,” Karen continued to discuss her co-stars, and she offered a shady dig at Gizelle’s former beauty line after being asked if she’d rather invest in Gizelle’s now-defunct company or Robyn Dixon‘s sparkly hat line.

“That is so shady because Every Hue is gone,” Karen noted.

She was then asked which fake booty of her RHOP castmates she prefers.

“It depends on your appetite,” she replied. “Like, [Wendy Osefo] went for the tiny booty. [Mia Thornton] went for the full booty. So it just depends on what your preference is. They both went for a fake booty and I’m happy for them and their fake booties.”

Later in the WWHL episode, Karen was asked if she felt her husband owed Gizelle an apology, especially after Gizelle apologized to her for allegedly wishing death on him several seasons ago.

“I think Ray and Gizelle will have a private moment. They are not enemies. Gizelle and I were enemies. Ray is okay with Gizelle,” Karen shared.

“It was fun. Our relationship is one that is full circle so we will get beyond what we’re going through and we might come back to it again. I’m just saying…. That’s how we work!” she explained.