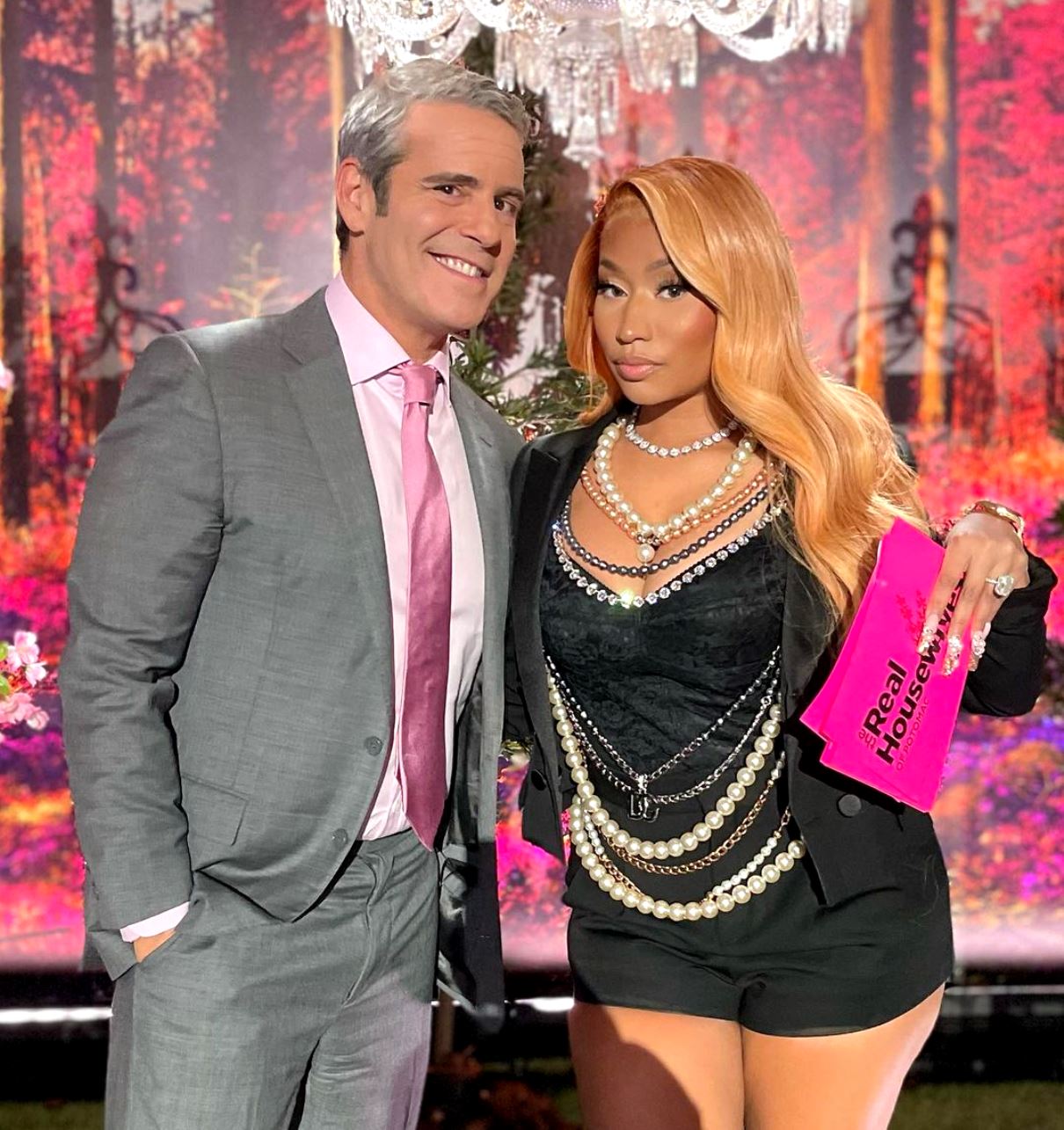 It happened! Nicki Minaj showed up to Thursday’s taping of The Real Housewives of Potomac.

Months after the rapper expressed interest in hosting the event, photos from the set of the sure-to-be drama-filled taping have hit the web, as has a reaction from Real Housewives of Orange County alum Kelly Dodd, who feels that Bravo’s support of Nicki is a bit odd.

“GUESS WHO BTCHS?!!!!! #Andiconda #RHOP REUNION COMING SOON ON @BRAVOTV @bravoandy #Moment4Life yall better binge watch this season chile,” Nicki wrote in the caption of an October 7 photo of herself and Andy Cohen.

Following the post, a few RHOP cast members weighed in, including Wendy Osefo and Robyn Dixon.

“You were amazing! Love you Queen,” wrote Wendy.

“[Nicki] I absolutely love you!” she proclaimed.

And Andy was just as thrilled to welcome Nicki, an RHOP super-fan, to the event.

“Today was a trip,” he shared in a comment to a photo of the two of them on his Instagram Story. 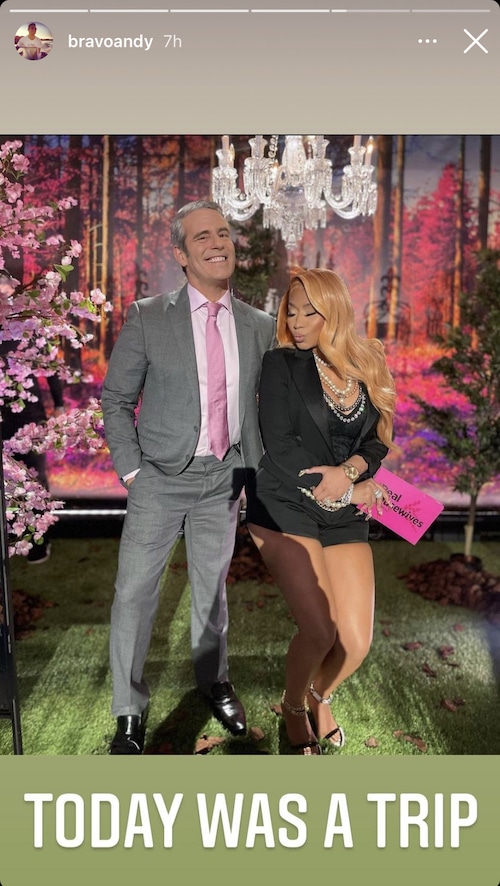 Meanwhile, on Kelly’s page, the former RHOC cast member reshared a post from Unpopular podcast host Jacques Peterson, who said that while he is excited to see Nicki at the upcoming RHOP reunion, Bravo’s decision to have her on set was a bit hypocritical.

“Glad Nicki is appearing at the [RHOP] reunion it’ll be fun but it’s interesting that Bravo seems to be embracing her yet they really gave [Kelly Dodd] a hard time for her antics,” he wrote. “If you heard my pod you know Nicki and her husband have done far worse than Kelly ever has.”

In addition to Nicki saying she was not vaccinated and feared the side effects that the vaccine may cause, her husband, Kenneth Petty, has been accused of rape.

“I guess cos Nicki is A-list she gets a pass?” Jacques wondered. “Anyway I love Andy he does a great job and I know he was responding to audience criticism by grilling Kelly but it seems weird to support Nicki since Bravo likes to act so woke…” 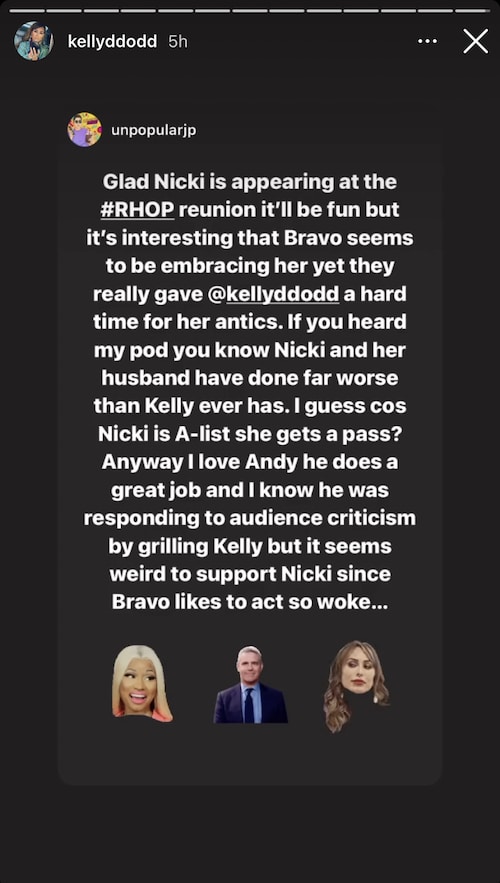 As RHOC fans will recall, Andy grilled Kelly about her stance on COVID-19 and her controversial “Drunk Wives Matter” hat, which seemed to mock the Black Lives Matter movement, at the season 15 reunion before firing her in June of this year.