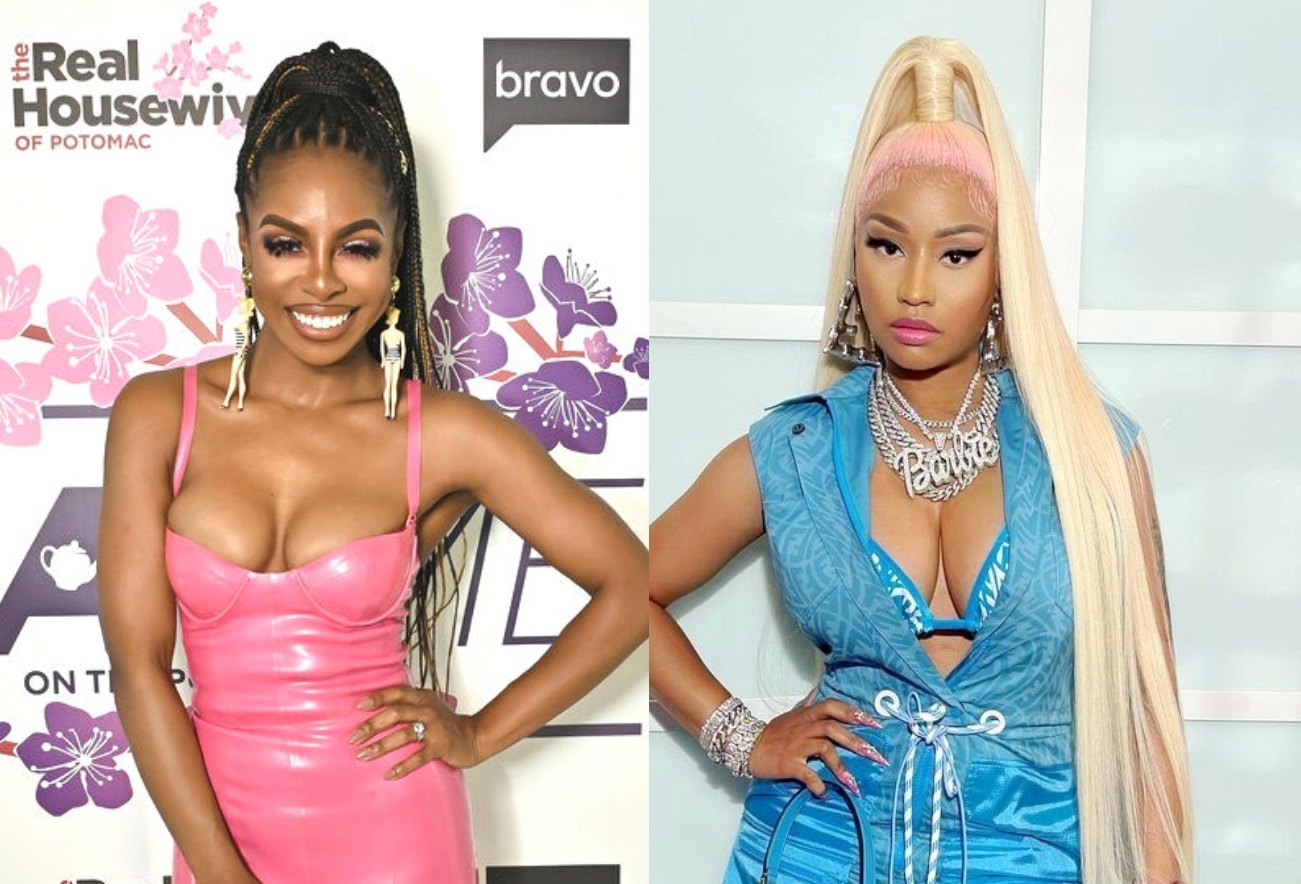 Candiace Dillard-Bassett is speaking out about her recent drama with Nicki Minaj.

As Andy Cohen attempts to incorporate the rapper into the upcoming reunion for Real Housewives of Potomac season six, Candiace reacted to comments made about her song, “Drive Back,” before addressing her drama with Ashley Darby and her upcoming fight with newbie Mia Thornton.

As RHOP fans may have seen, Nicki called out Candiace after Watch What Happens Live‘s Instagram page suggested she do a feature on the song.

Then, after the page explained, she replied, “Oh yea … it’s a nice song. But [at the] reunion ima have to get into some thangz wit sissy. Cuz chiiiile.”

“I did not take what she said about my song as shade,” Candiace told Entertainment Tonight on August 13. “She said, ‘Oh, it’s a nice song, but we have things to talk about at the reunion.’ And I was like, ‘OK girl, bye. Get on this track, and then let’s go home. I ain’t talking to you about nothing that happened in season 5.'”

During season five, Candiace was involved in a dramatic encounter with Monique Samuels. And, after the show aired, Monique confirmed she would not be returning for season six.

In addition to her issues with Monique, Candiace has also been faced with a falling out with Ashley, who brought her to the show for season three.

“When I first joined this group of girls, I came in as Ashley’s friend. As a friend, I have a standard of protocols. Loyalty is one of them,” Candiace explained when asked what led to their current feud. “When [Dr. Wendy Osefo] came in, I welcomed her with open arms. I introduced her to the group. I stood by her. I called her every other day. I made sure she was good. I checked in with her. I didn’t get that from Ashley. Ashley brought me in, she dumped me on the side of the road, and then she was shading me in confessionals five minutes after I joined the cast.”

While Ashley recently suggested Candiace has been refusing to talk to her about their issues, Candiace said it is Ashley who is “the queen of deflection.”

“She’s disloyal to everybody,” Candiace fumed.

According to Candiace, Gizelle Bryant also displayed disloyalty during season six when she spoke about blog rumors suggesting Wendy’s husband, Eddie Osefo, had been unfaithful.

“No one is safe with Gizelle,” Candiace noted. “Wendy wears everything on her face and she was just, like, shocked and hurt, and every emotion was just right on her face. Because she thought that she was immune to Gizelle’s tirades and her terrorism.”

As for what’s coming between Candiace and her cast mates, she and Mia’s “salad toss” fight will be seen in the upcoming episodes.

“It was a slow burn,” Candiace said of the moments leading up to the confrontation. “You see her, one by one, just picking off each of us. She takes a moment to haze everybody in the group, except for Karen. I wasn’t ready, because I thought that we were cool. It’s clear that she also displays no loyalty to anybody.”

Although production seemed to be involved in the fight, Candiace confirmed it was actually her husband, Chris Bassett, who stepped in.

Also, during the interview, Candiace said fans would soon be welcomed into her and Chris’ home life, including their discussions about having a child together.

“I got pretty intense and emotional about my baby journey. It’s a lot of raw moments, and it’s very vulnerable,” she teased.