Candiace Dillard Talks Having to Face Monique Samuels at the RHOP Reunion, Suggests Ashley Darby Stays in Her Marriage For “Security” and Slams Michael, Plus Live Viewing Thread! 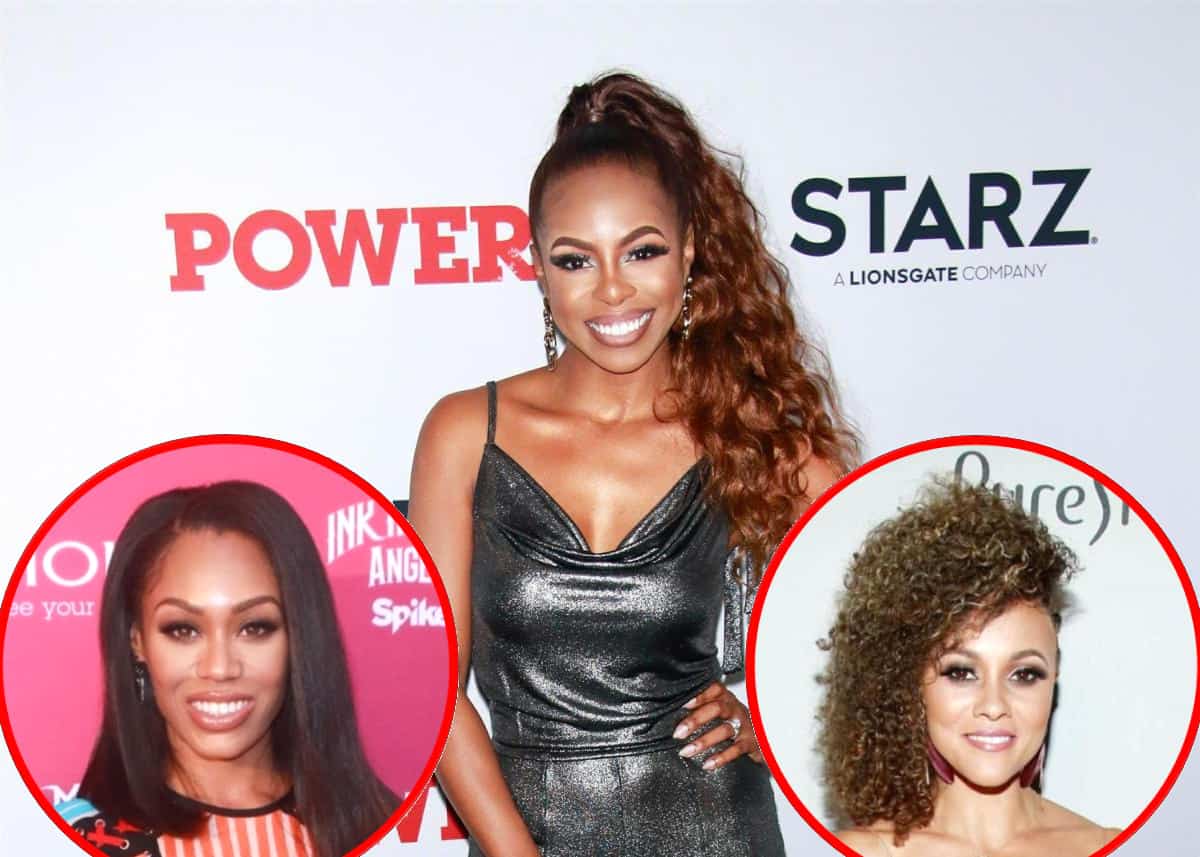 It’s been a few weeks since Real Housewives of Potomac fans witnessed the epic altercation between Candiace Dillard-Bassett and Monique Samuels, but the aftermath of the fight is felt more strongly than ever.

Both women have dished at length about the issue, with Candiace noting how stressful the event was for her and detailing the psychological toll it’s had on her since it happened.

Now, the reality star is opening up more about what has happened since the fight, how she’s feeling uneasy about the impending reunion, and what the future of RHOP looks like for her.

Candiace went on to detail her falling out further with Monique, calling her a “mob boss” who “sent her indentured servants out here into these streets” to “troll” her mother, husband, and sister on social media to try and “reroute this narrative” in Monique’s favor.

Podcast host Justin pointed out that Candiace would have to come face-to-face with Monique for the RHOP season 5 reunion, and Candiace noted how “emotionally taxing” the event would be.

“I think this is the first year I’m not looking forward to the reunion,” she shared. “I’m just like, can we just get to it and through it and then take me to the bar? If your name is on either couch closer to Andy Cohen, that means that you’re going to have the hardest reunion. Did I lie?”

In terms of if she’d return to the show should Monique stay on, Candiace said that she didn’t “see a world” where the two of them “can exist,” hinting at a possible departure.

Monique isn’t the only cast member Candiace has taken issue with, however, as the preview for what’s to come on the series shows she and Ashley Darby going at it and even their husbands, Chris Bassett and Michael Darby, respectively, seemingly getting into an altercation of their own.

“So…I don’t even know what to say about that, except, who raised him?” Candiace said of Michael, considering the drama that’s surrounded him regarding the infidelity rumors and grabbing of butts. “This man is like 79 years old. You are too old to be behaving like this. You have an infant and one more on the way and you have shamed…your child is in utero; you are shaming your child and they’re not even here yet.”

After Michael had an incident at a strip club earlier this season, Ashley gave an ultimatum for their relationship, although the two are still together. After podcast host Justin theorized a baby would be able to “fix” things between them, Candiace ultimately shut that idea down.

“She’s not that dumb. I think she just wants to have children, and this is the person she’s been in it with for so long and this is the person who’s gonna provide security for her and her children,” Candiace said. “I don’t think she thinks it’s gonna fix anything. I think she’s aware of what she has, and you kinda see that—I didn’t see this, I heard about it—you kinda see that at the finale.”