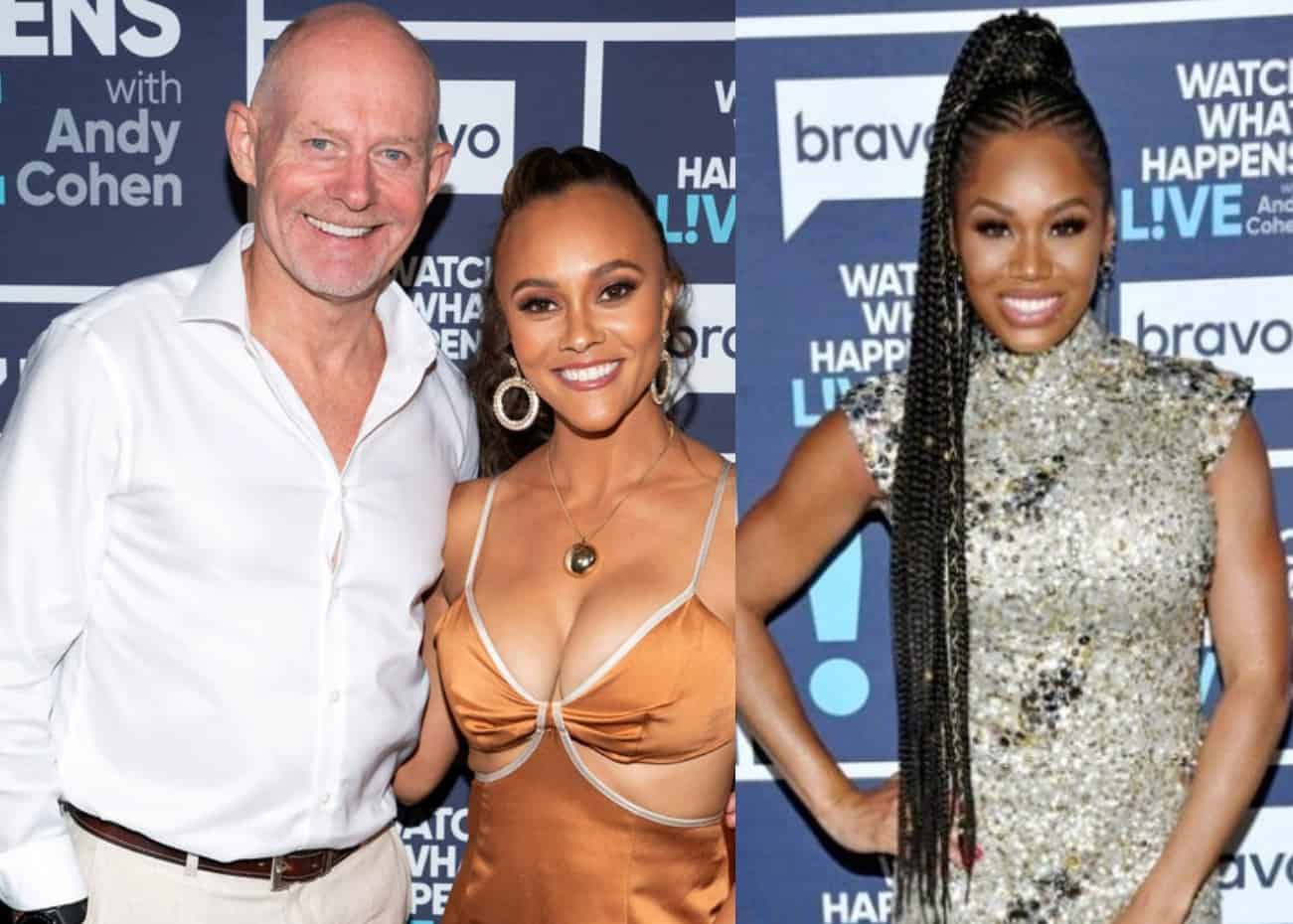 Michael Darby was confronted about a photo of himself and a blonde woman during an appearance on Watch What Happens Live on Sunday night.

Shortly after a photo of Michael began circulating on Instagram, The Real Housewives of Potomac cast member explained himself as wife Ashley Darby addressed her autotune drama with Candiace Dillard-Bassett, revealed where she stands with former co-star Monique Samuels, and more.

Michael also said that because of his role on RHOP, he’s “always going to have pictures of [himself] taken in places.”

“I really don’t care anymore. I have a good time and I love this woman dearly and we’re together forever,” he added.

After host Andy Cohen noted that Michael doesn’t have the best track record, he asked Ashley if she trusted him.

“Yes, he does [have my trust],” she confirmed, noting that she goes out too.

According to Ashley, she and Michael did things differently after welcoming their second son, Dylan, in March, than they did following the birth of their first child, Dean.

“We’re having more fun this time than we did last time so I think I’m keeping him happy at home,” Ashley explained, joking that there are so many holes and “so little time.”

When Andy then mentioned the way in which Candiace slammed Ashley for using autotune in 2018’s “Coffee & Love” before using it herself, Ashley suggested it was Candiace’s inability to address the hypocrisy point-blank that was her “issue” with her RHOP castmate.

During her own episode of WWHL, Candiace had suggested she didn’t need autotune as much as Ashley and pointed out the creativity in which some artists use it.

Later, during the WWHL: After Show, Ashley was asked when she last spoke to Monique.

“It was actually yesterday,” she replied. “We’re still close. That’s my girl.”

And, during another segment of the live broadcast, Ashley played a game of “Lovey Dovey Darbys!” with Michael, during which they both chose Gizelle Bryant for their RHOP “hall pass” and somewhat agreed on the number of threesomes they’ve had.

After being asked about their sexual escapades, Ashley wrote “2” on a whiteboard as husband Michael wrote “more than one less than 100” on his.

The couple also agreed that Candiace is the housewife Ashley complains about the most.