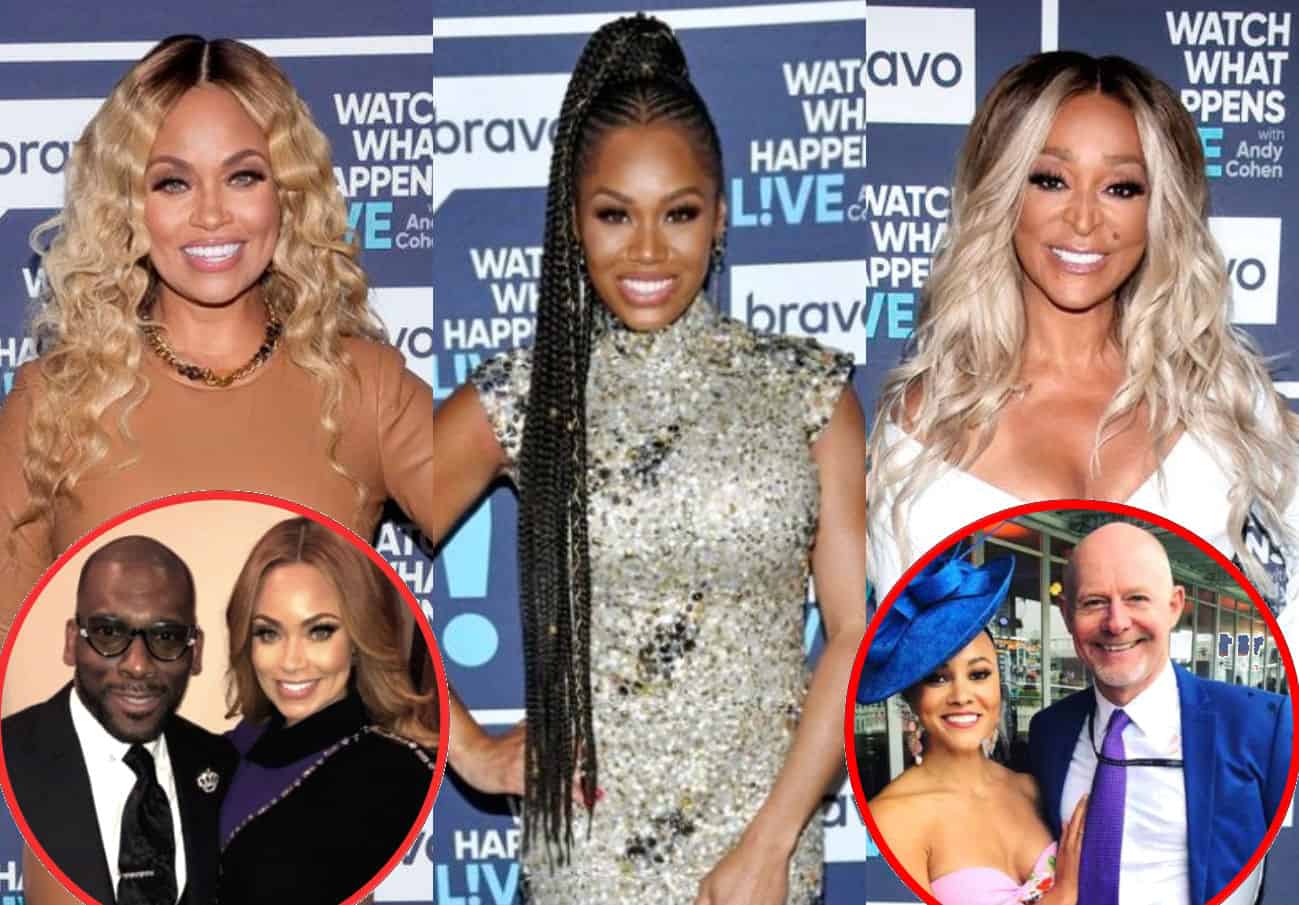 Gizelle Bryant appeared on Sunday night’s episode of Watch What Happens Live, where she looked back at the Real Housewives of Potomac‘s season five reunion and shared ex Jamal Bryant‘s reaction to the contents of Monique Samuels‘ infamous binder.

While appearing alongside Bravo fanatic Michael Rapaport, Gizelle commented on her split from Jamal before slamming Karen Huger over her comments about her “box” and defending Michael Darby against Rapaport, who called him out for his poor treatment of wife Ashley Darby.

“The binder and that whole situation, that actually brought us closer,” Gizelle admitted during the July 18 episode of WWHL. “We talked about it. He felt so bad about it. It was kind of a great moment for us.”

Although Gizelle said she hated to consider Jamal’s missteps in their relationship as “great,” she revealed that Monique’s revelations regarding his alleged infidelity opened the door for the two of them to talk about some things that hadn’t yet been discussed.

“But to be clear, that whole reunion, all that [Monique] was talking about was old news. Jamal and I had already talked about that,” she continued.

Gizelle also said that Jamal “hated to see [her] have to go through that amongst the millions” and denied blaming their breakup on COVID-19.

“I said what it was was we can’t really see each other,” she confirmed.

Although Karen recently dissed Gizelle as “dark” and took aim at her relationship struggles during her own appearance on WWHL, Gizelle said she isn’t bothered by the shade Karen threw at her “fiery box.”

“I never get upset about anything she says because she’s crazy,” Gizelle noted. “I can only assume what a fiery box is but her box is like old and stinky and smelly. So I mean, I understand. She’s talking about other people because hers is chitlins.”

During another segment of the show, Gizelle defended her co-star’s marriage, saying that Darby was “doing good” after Rapaport called him out for mistreating Ashley and suggested he get his life together for the sake of their two sons.