Home Real Housewives of Potomac News Candiace Dillard Admits Nicki Minaj Was Hard on Her at RHOP Reunion, Says She’s “Confused” by Mia Feud, Plus Does She Think Costars Should Be Fired?

Candiace Dillard Admits Nicki Minaj Was Hard on Her at RHOP Reunion, Says She’s “Confused” by Mia Feud, Plus Does She Think Costars Should Be Fired? 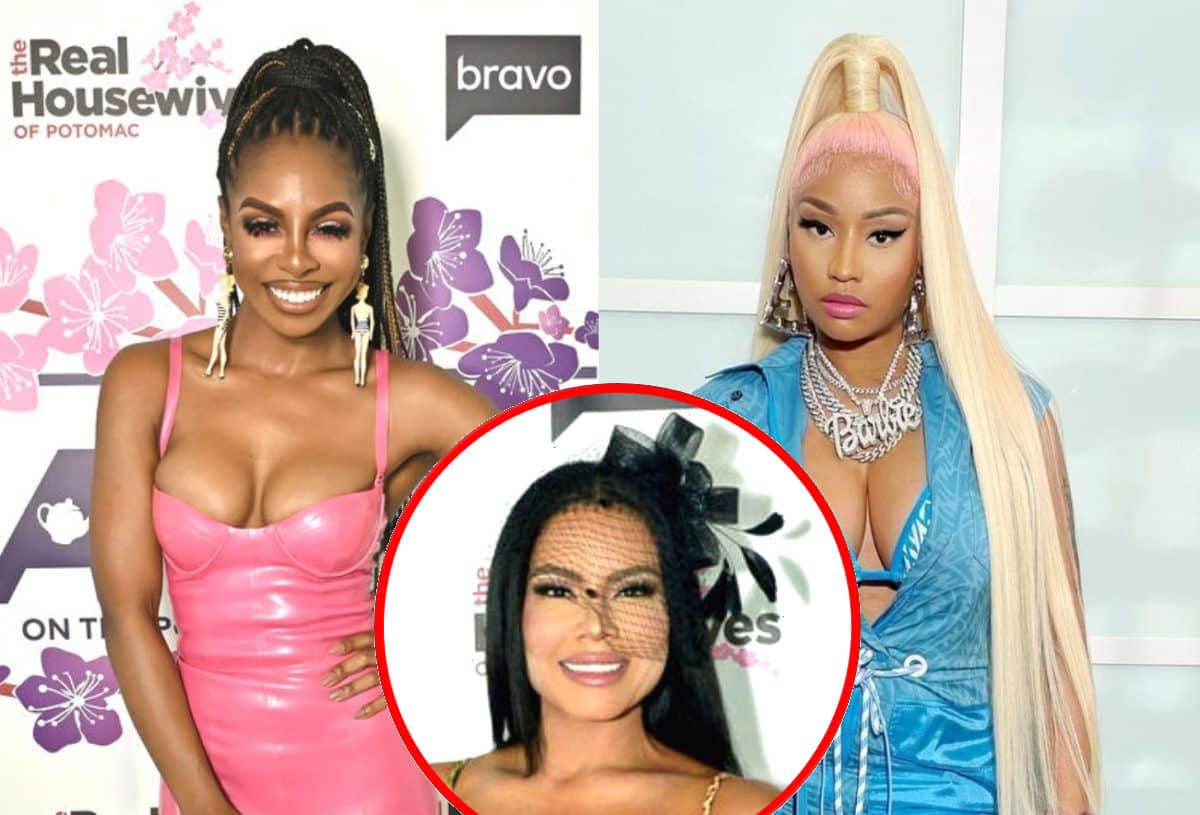 Candiace Dillard, current cast member of The Real Housewives of Potomac, is absolutely no stranger to drama, but this time she wasn’t just getting the heat from her co-stars. During the season six show reunion Candiace received it from none other than co-host Nicki Minaj!

While most reunion episodes of Bravo’s beloved Real Housewives series tend to get a little tense, Andy Cohen added some more fuel to the fire by co-hosting the reunion of the RHOP with rapper Nicki. Although the season has been controversial for Candiace, who is feuding with some of her cast members, she also seemed to be put in the hot seat by Nicki more than others, but she did not regard it as a personal attack.

Candiace has been involved in some controversy during this latest season and definitely others in the past of RHOP,  accused of body shaming and a few other low blows. Although she has been feuding with members of the show, which has gotten backlash from fans, costars, and now Nicki, she has taken it mostly in stride. The reality star has accepted and even seemed to welcome Nicki’s harsh reaction to the show and was even surprised by how much Nicki knew about the show!

“Let me clear this up. The Queen did show up, she looked amazing. She went in on me, but she went in on everybody,” said Candiace to ET Online. “She held back not at all. No holds barred. Gave us the business. Read us all for filth. And I would do it again.”

Despite her toughness, Candiace was apparently unfazed by how candid and blunt the rapper was with her and everyone else on the show, which is a surprise. Nicki even said herself that she felt like she didn’t give any of the stars more than they could handle. “I think went on hard on everybody equally,” said Nicki, via Hollywood Life. “They’re tough girls on that show.”

Candiace also addressed her nasty feud with co-star Mia Thornton this season that reached a boiling point after Candiace started hurling insults at Mia’s mother and husband, although Candiace later claimed she was not aware of Mia’s mom’s traumatic background.

When asked if any of her RHOP castmates should be fired, Candiace appeared to think so, but she didn’t name any names.

“I’m not advocating for the firing of any of the saints, although some could go,” she admitted. “But you didn’t hear that from me.”