Home Real Housewives of Potomac News RHOP Cast Calls Out Candiace Dillard for Body-Shaming Ashley as Gizelle Accuses Her of “Low Blows,” Candiace Denies it and Suggests She Was Just Trying to “Diversify [Her] Insults,” Plus Live Viewing Thread

RHOP Cast Calls Out Candiace Dillard for Body-Shaming Ashley as Gizelle Accuses Her of “Low Blows,” Candiace Denies it and Suggests She Was Just Trying to “Diversify [Her] Insults,” Plus Live Viewing Thread 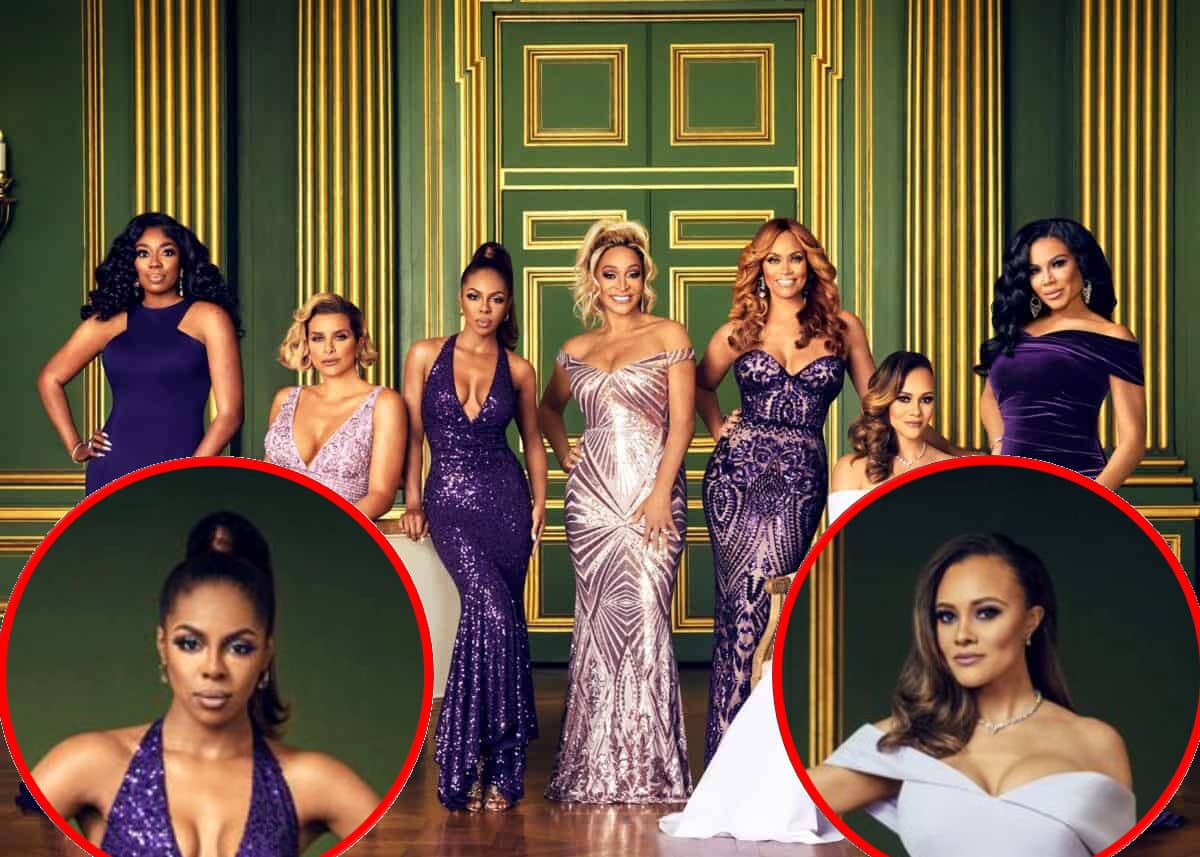 After Candiace labeled Ashley Darby as “wide-bodied” during their girls trip to Virginia, a number of the ladies spoke out against her, including Ashley herself, as she attempted to defend herself by suggesting Ashley created a fake body-shaming storyline and claiming she called her “wide” to change up her selection of insults.

“I really wasn’t surprised to hear that Candiace would say something so crass about me being one month postpartum, but I thought that because she’s going through her own motherhood journey and she’s trying to be a better person that she would not just go for my white meat and talk about something that could really hurt my feelings,” Ashley said on the September 12 episode of the RHOP: After Show. “Thankfully I’m not sensitive like that but what if I were? Especially when she knows that I had postpartum depression I don’t know why she would think that’s okay to bring up.”

According to the other women, they felt Candiace returned to her old patterns.

“I do see growth in Candiace but sometimes she goes right back to the person I met four years ago,” Gizelle Bryant noted. “I love Candiace to death, but Candiace can do some low blows that are unnecessary. To come for Ashley’s body when she just gave birth didn’t sit well with me, at all.”

As Karen Huger noted, Candiace has a “knack for using her words to cut deep.” And, as Robyn Dixon pointed out, her “wide-bodied” comment was “really low and immature.”

“They were totally out of line, especially coming from someone who’s never been pregnant before, never given birth, [and] doesn’t really understand that a lot of pregnant women or postpartum women face,” Robyn explained.

“I thought that was the lowest of low,” Mia Thornton agreed.

At another point in the RHOP: After Show, Candiace suggested Ashley spun the narrative to make it seem as if she body-shamed her, when she really had not.

“She’s a spinner and [she wants] to make everything about what it’s not. She tried to make what I said mom-shaming and it was not. I like to diversify my insults. I wanted to change it up,” Candiace insisted, claiming she meant that Ashley had brought her “wide-bodied a– in here to start mess and drama.”

“I know that it’s going to become and turn into this mom-shaming game, and that’s fine because that’s what she will do. It had nothing to do with her mom body. It had to do with her being wide because she’s full of bullsh-t,” she continued.

Still, Ashley said that it wasn’t until their trip to Virginia, which came just weeks after she gave birth to son Dylan, that Candiace targeted her physique.

“Out of all the insulting, disgusting things she’s said to me, that’s when she decided to plug that one in there. It just shows a lot about who she is and her character,” Ashley shared.

As for the possibility that Candiace was simply trying to switch-up her insults, Robyn said “there was no other meaning of wide-bodied than to talk about Ashley’s body” as Gizelle noted that “if it walks like a duck, talks like a duck, it’s body shaming.”

“Candiace, I do know she’s a good person, and I know it, but she needs to be quiet sometimes,” added Karen.