Home Real Housewives of Potomac News Mia Thornton on Which RHOP Costar She Respects Most and Least, Shades Candiace for Body Shaming Ashley, Plus Most Disrespectful Husband

Mia Thornton on Which RHOP Costar She Respects Most and Least, Shades Candiace for Body Shaming Ashley, Plus Most Disrespectful Husband 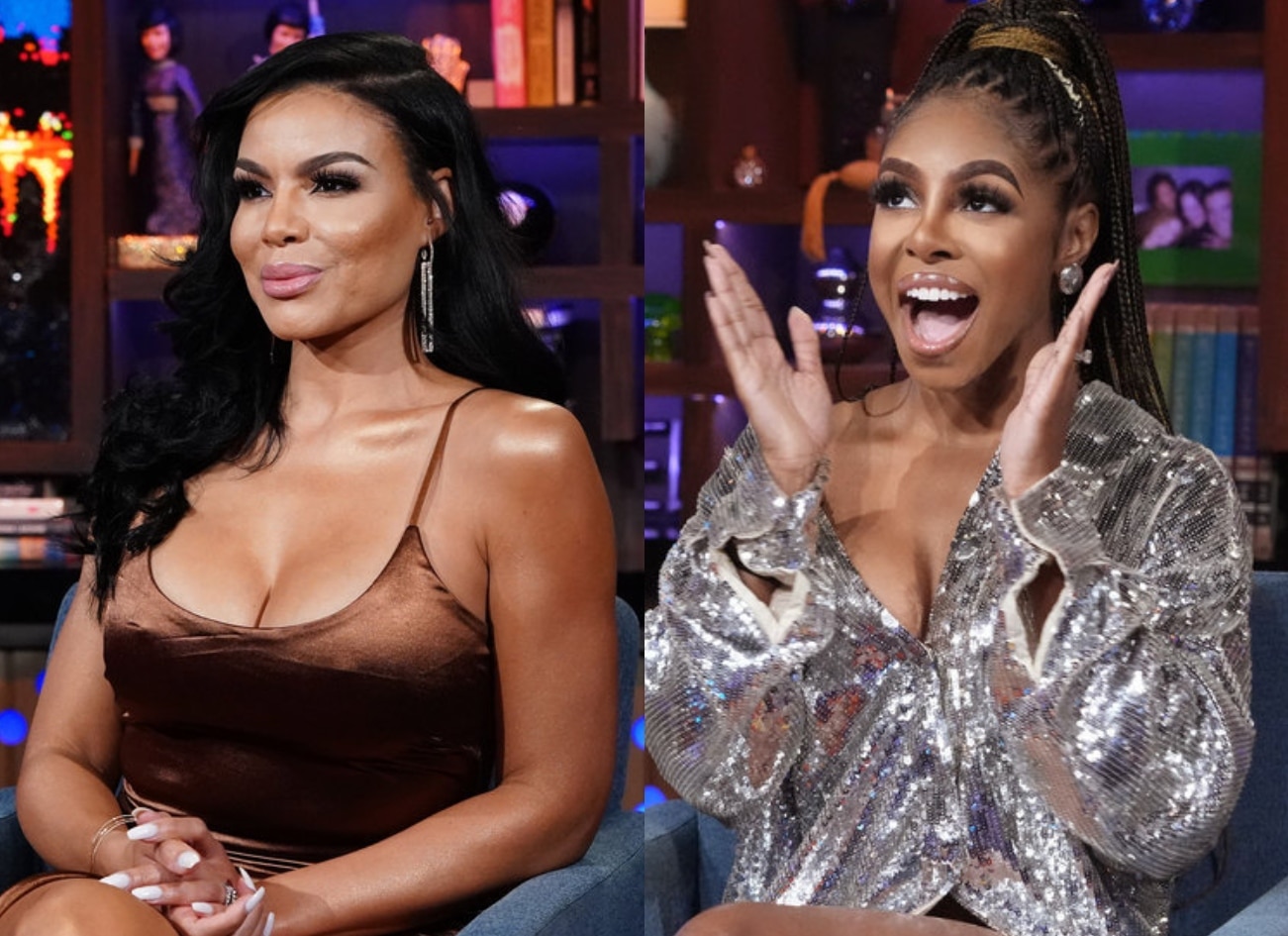 Mia Thornton appeared on Sunday night’s episode of Watch What Happens Live, and during the episode, she shared her thoughts about her Real Housewives of Potomac co-stars.

While seated beside Real Housewives of Salt Lake City cast member Heather Gay, Mia revealed which castmate she respects most and least before throwing some shade at Candiace Dillard-Bassett for the shaming comments she made toward Ashley Darby during last week’s show.

As the game continued, Mia, the newest member of the cast, said she respects the advice given to her by Karen Huger the most because she knows it comes from a good place, and she noted that Robyn Dixon and Juan Dixon‘s relationship doesn’t get the respect it deserves.

She also said Ashley, the best shade-thrower, has the most disrespectful partner in husband Michael Darby, and she slammed Candiace for being the least respectful of other people’s feelings.

During another segment of WWHL, Mia refused to throw any shade at Karen, who shot tourism ads for Surry County on Sunday’s episode of RHOP, which she didn’t actually film in Surry County.

“It’s COVID, guys, she couldn’t get to Surry County. That was a lot to ask for the entire team to come to Surry County. I’m going to stand behind my girl because I love Karen so much,” she stated, adding that Gizelle should apologize for wishing death on Ray Huger (as Andy described) with her six-feet under comment, even though she already did.

Then, when Andy asked if she felt Candiace should offer a more sincere apology for body-shaming Ashley during their girls’ trip to Virginia, Mia suggested that sincerity isn’t Candiace’s strong suit.

“Is she capable of that?” she wondered.