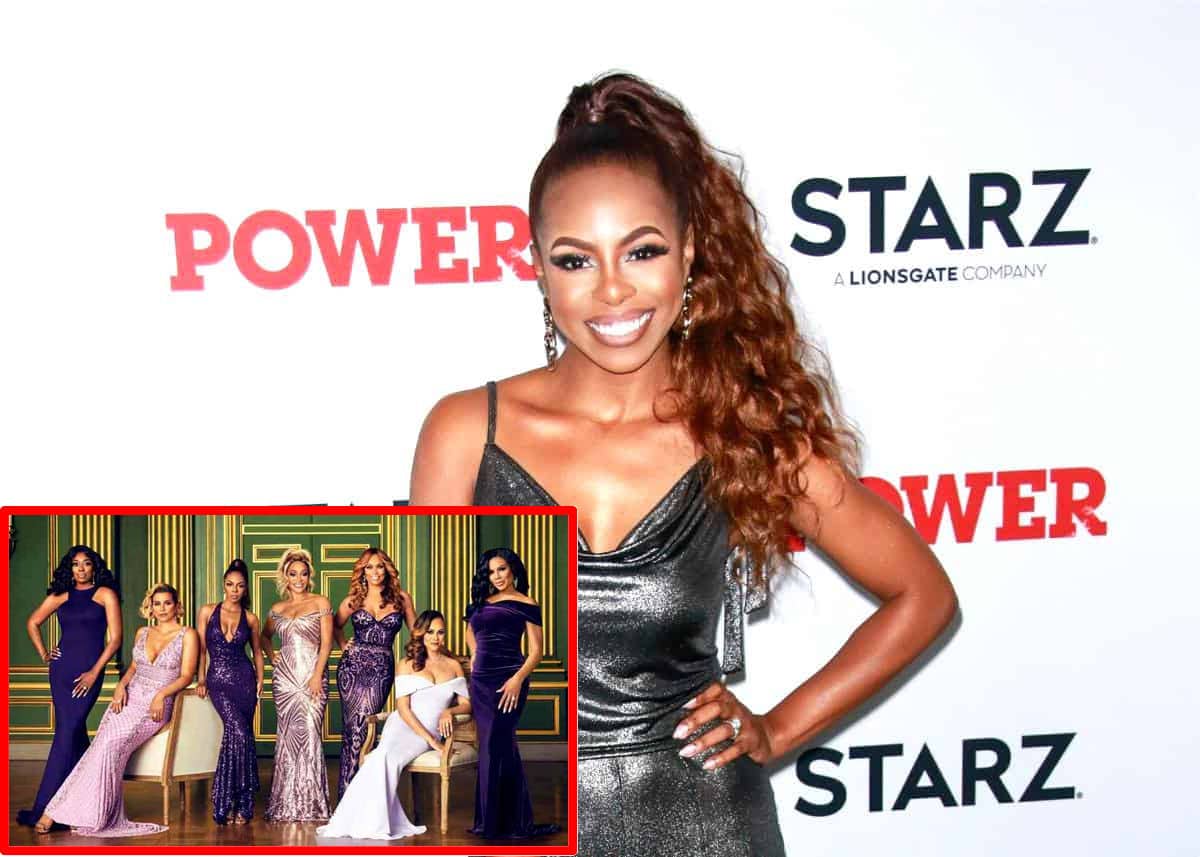 Candiace Dillard believes she’s treated differently than other members of the Real Housewives of Potomac cast.

Amid Sunday’s new episode, Candiace took to her Twitter page, where she reacted to her castmates’ alleged double standards and accused them of selling her up the river as Karen Huger accused her of bullying Mia Thornton during their girls’ trip to the Eastern Shore.

On October 3, after Andy Cohen requested Twitter users send him questions for the upcoming RHOP reunion, one fan wanted to know why it was okay for Karen to call Gizelle Bryant “a broken wh-re from Hampton University” and suggest she has an STD while Candiace’s comment about Mia’s mom being low budget was considered “too far.”

“I would also like to know this,” Candiace replied. 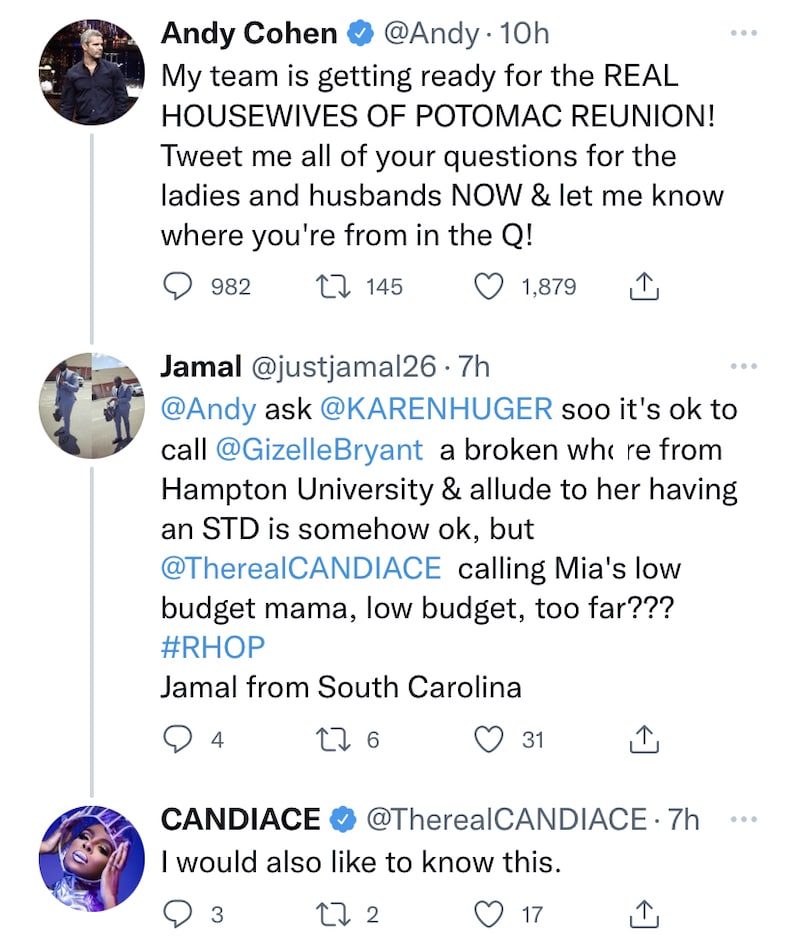 Another fan wondered why Candiace was getting so much backlash for bringing up Mia’s mom when her mom has been a hot topic on the show for years.

“I’m sorry but how are we gonna get mad at [Candiace Dillard] for the mama comments when [we’ve] been dragging her and her mother for years?” the fan asked.

“I didn’t think about this. Lol. There are SO many double standards… .lol. I will just [continue] to be the [RHOP] punching bag,” Candiace shared. 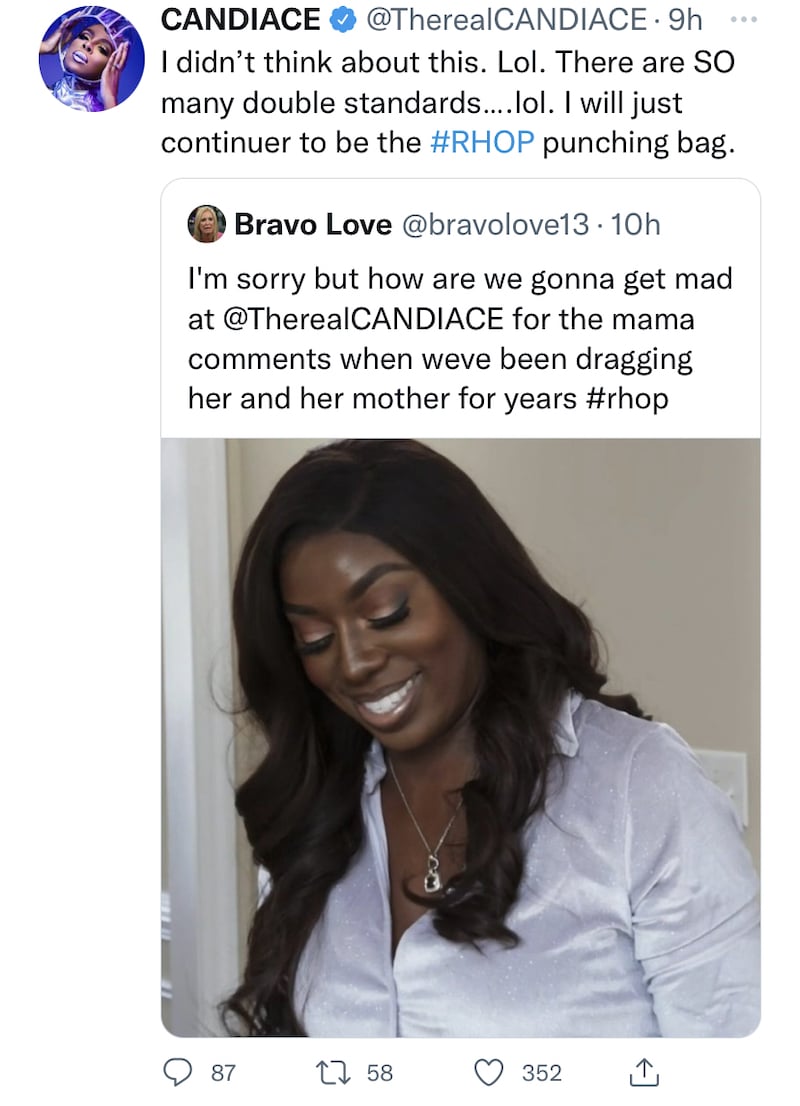 In a standalone tweet, Candiace said that while she has considered blocking her co-stars in the past, she prefers to stay in the loop with what they are saying about her.

“Just when I consider blocking my coworkers, I am reminded that it is a good thing [to] bear witness with my own two eyes when I’m being sold up the river,” she wrote. “Fooled me once… .that was it.”

When another person suggested Wendy Osefo and Askale Davis were Candiace’s only “true friends,” Candiace seemed to agree.

“I see everything,” she noted. 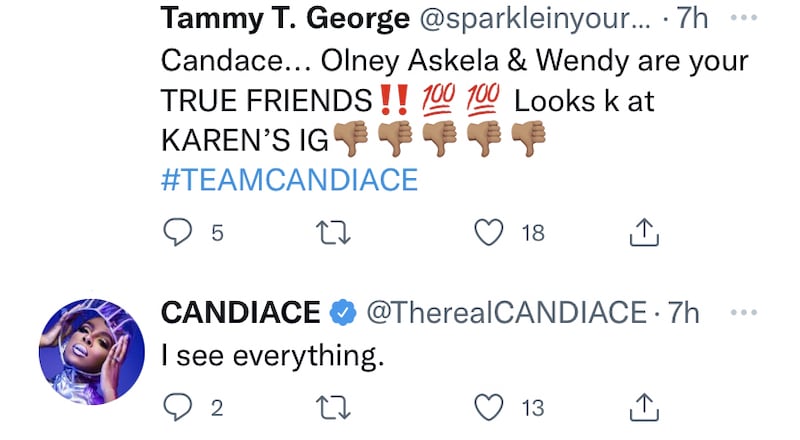 Meanwhile, on Karen’s social media pages, she was making it clear that she was Team Mia when it came to her feud with Candiace.

“Right is right; wrong is wrong. What are your thoughts on tonight’s [RHOP]?” Karen asked on Instagram, along with a screenshot of herself defending Mia as Candiace waved her finger at her on Sunday’s episode.

Around the same time, on Twitter, Karen thanked Wendy for having compassion for Mia as Candiace continued to bring up her mother in an ill manner.

“Thank you [Wendy Osefo] ganging up on anyone is not acceptable. Thank you for stopping unnecessary bullying,” Karen tweeted, also tagging Mia.