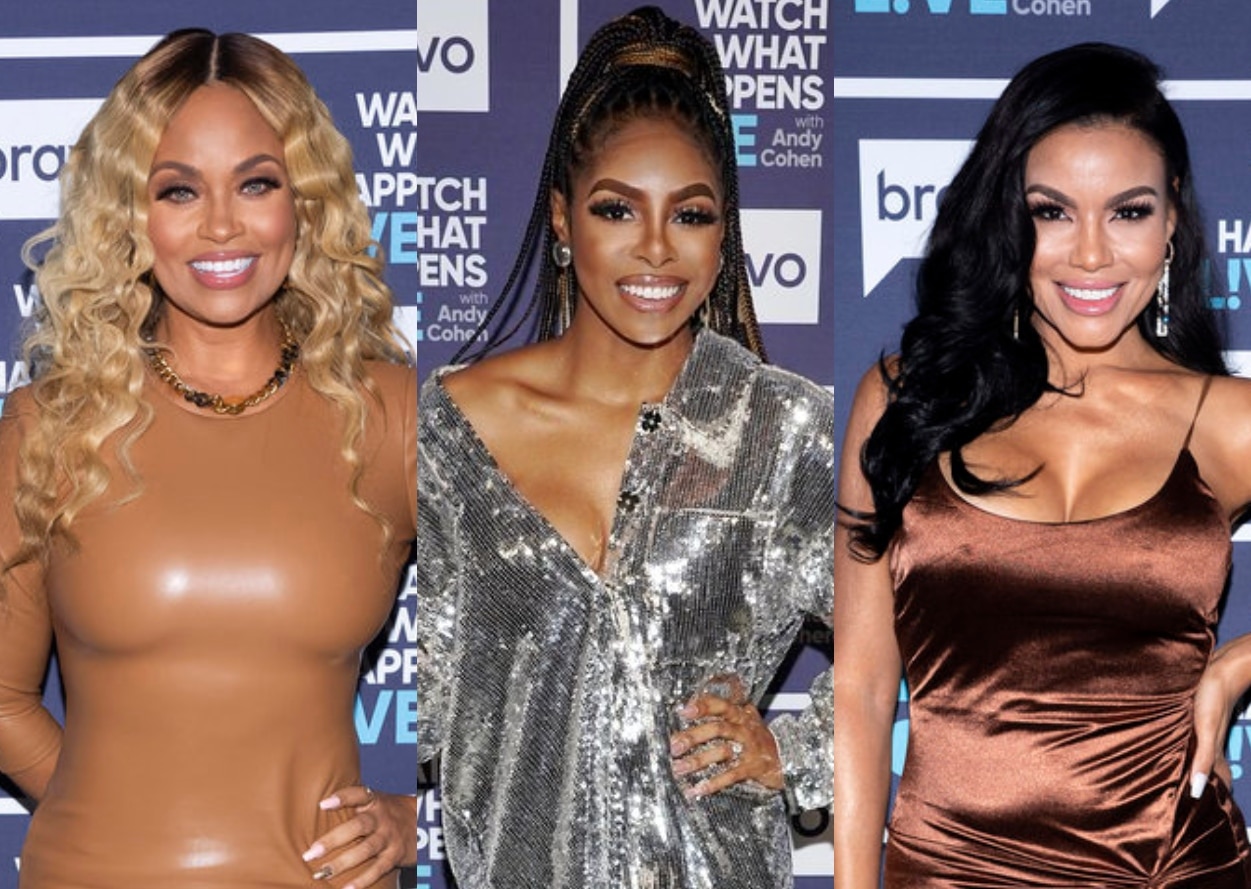 “When I got there and I heard about the salad, I was just happy I wasn’t there,” Gizelle admitted on the October 3 episode of WWHL, confirming she’s Team Mia when it comes to her and Candiace’s feud.

According to Gizelle, she loves Candiace but feels that Mia had a right to lash out. After all, Candiace took aim at her mama.

“I love Candiace to death. But her mouth… is a garbage can. Like, her mouth is horrible,” Gizelle explained. “First of all, Mia is about three times Candiace’s size. It’s really not the woman you want to go after. And just stick to talking about her feet, not her mama, not whether or not she’s a prostitute or a stripper or her husband being a pimp. It’s not nice.”

Later, during the WWHL: After Show, Gizelle was asked if her new home, which was undergoing renovations, was turning into Chateau Sheree 2.0, which seemed, years ago, to be under permanent construction.

“No! I actually live in my house and it’s 95 percent done. My house is great,” Gizelle confirmed. “No shade to [Sheree Whitfield]. I love Sheree. [Sheree’s house now] is amazing.”

While Gizelle’s RHOP co-star, Robyn Dixon, has often been accused of acting as her “puppet,” Gizelle told a curious caller that she actually puts her in her place quite frequently.

“She calls me out all time. I’m just happy that they’re now showing it. She’s been calling me out since season one but we haven’t seen it,” Gizelle explained.

As for why she initially allowed Ray a pass for his comments warning her to find a man quickly before her looks fade, Gizelle said she was simply doing a favor for Karen Huger.

After admitting that what Ray said “was wrong,” Gizelle reminded host Andy Cohen that their encounter took place during season two.

“What Karen didn’t realize is I made a joke and made light of the fact that her husband told me that I’m going to be ugly, okay? That’s an issue. You don’t ever talk about a woman’s looks who’s not your wife, or anyone, really. It’s not cool and I made a joke of it,” Gizelle noted. “She should have thanked me but she wanted to create this narrative because she didn’t have anything else to talk about.”