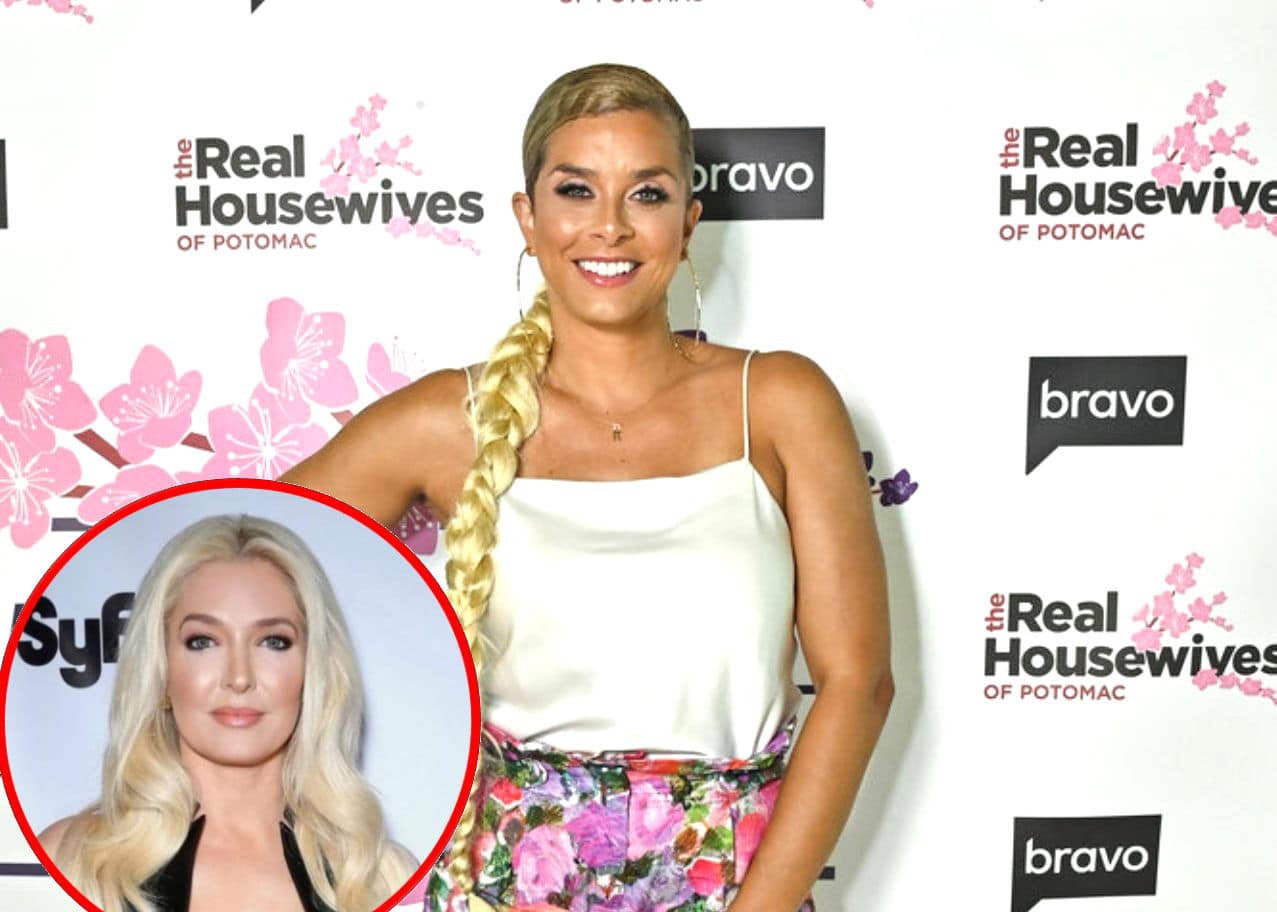 Robyn Dixon appeared on Sunday’s episode of Watch What Happens Live, where she shared her honest opinion of Erika Jayne and the legal hardships the Real Housewives of Beverly Hills star has been facing over the past several months.

Before offering an update on her depression struggles and reacting to Gizelle Bryant‘s drama with Ray Huger, the Real Housewives of Potomac cast member told host Andy Cohen that she wished people would give more “grace and understanding” to Erika.

“I kinda wish people would show Erika a little more grace and understanding,” Robyn admitted on the September 26 episode of WWHL. “I think what she’s going through is very, very, very difficult and to do that while filming, I can’t even imagine having to show up to every scene and answer questions about stuff that’s legally an issue.”

In January 2019, Robyn was introduced to Erika at Andy’s baby shower, where they quickly hit it off and later spent time together as a group with their castmates.

“She actually invited Gizelle and I out to drinks with the Beverly Hills ladies later. We went. We rode in the car with her. She was so hospitable, so sweet. So I am totally supportive of her just because I know, this is not easy what she’s dealing with,” Robyn explained.

Later, during the WWHL: After Show, a caller asked Robyn for a mental health update.

“I’m feeling a lot better, thanks to honestly a lot of the viewers of the show who have shown so much support and understanding,” Robyn shared. “So many people could relate to what I was going to and it kind of, like, energized me, like, ‘You know what, I’ve got this. Let me keep going.'”

“And [Juan Dixon] kind of regretted being so harsh on me,” she continued. “I think he was so used to me… holding everything down, doing everything. He wasn’t used to seeing me not doing things the way I normally do and he kind of realized, like, ‘Oh, this is a little deeper.'”

Robyn then assured another caller that the reason she was nervous about being $100,000 over budget on her and Juan’s new home was due to her past money struggles, saying she has “PTSD from money problems.”

In a separate WWHL clip, Robyn was asked what was the “worst thing” about Gizelle’s new home.

“I would have preferred for the west wing to be of the same material as the rest of the house,” answered Robyn without hesitation.

The Real Housewives of Potomac season six airs Sundays at 9/8c on Bravo.