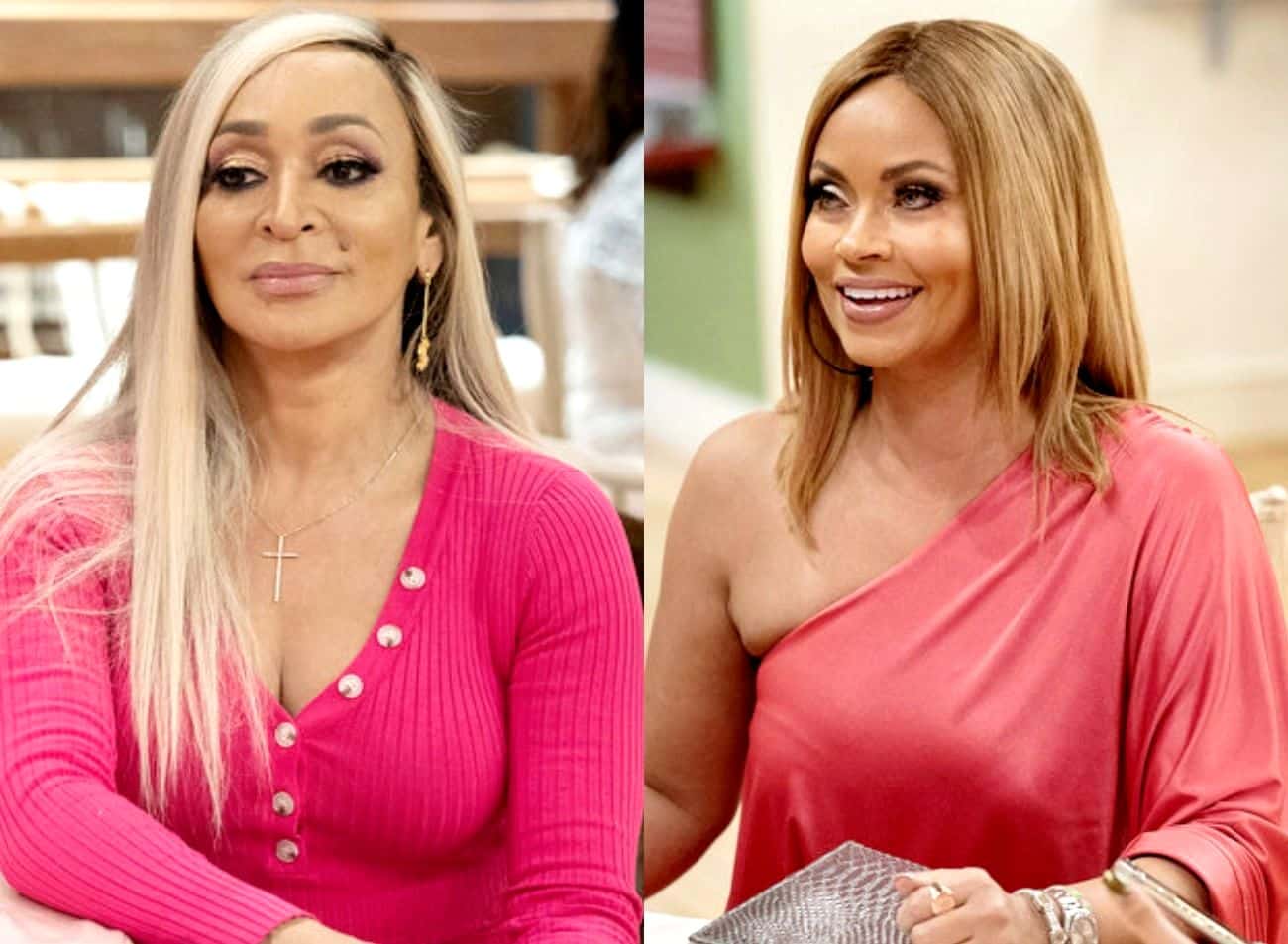 Karen Huger is revealing what she actually apologized to Gizelle Bryant for on the September 12 episode of Real Housewives of Potomac before calling Gizelle out for her latest “death threats” against her family.

Karen and Gizelle have been heavily shading one another since the show premiered back in 2016, and many viewers are ready for the ladies to put their differences aside and move on. Fortunately, the two finally exchanged mea culpas this season, and seemingly agreed to move forward. However, according to Karen, her apology to Gizelle wasn’t exactly what it seemed.

As it turns out, Karen didn’t apologize to Gizelle for her comments about the father of her three children, Jamal Bryant, nor did the Every Hue Beauty founder ask for an apology about Jamal. Karen actually apologized for hurting her co-stars children by speaking negatively about yet another one of Gizelle’s exes, Sharman Douglas.

“I thought she was going to [ask me for an apology] about their father, Jamal. Here’s some tea, and it doesn’t make production. That apology that I gave Gizelle and her daughters was for Sherman, not Jamal,” she spilled during an interview with Entertainment Weekly via Instagram Live on Wednesday. “She was blaming me for their breakup.”

She added, “So there is no apology on my behalf for the reunion or for my line of questions about Jamal.”

If fans recall, Gizlle and Sherman dated on and off for years, but the reality star claimed they broke up because he couldn’t handle the drama from her co-stars, especially Karen. And though Karen says she’s not “powerful” enough to have caused Gizelle and Sherman’s split, she feels her apology was still “warranted” because she hurt her co-star’s daughters by speaking poorly about Sherman.

Speaking of apologies, Karen is seeking yet another one from Gizelle. The Grand Dame explained that prior to Gizelle’s first apology for claiming “Ray would be buried six feet under” before her looks fade, she had no clue her frenemy had doubled down , stating, “[Karen] will be dead before I apologize. She and Ray will be dead before I apologize.”

“[Gizelle] doubles down on the death comment, which is her [problem] not mine. But to not only double down, but to lump me into it? That was just way too much,” she declared before revealing she found out about the comment at the same time the viewers did.

According to Karen, if she had known about Gizelle’s latest “death threat,” it would have changed the whole dynamic of the season.

“Maybe it’s a blessing that I [didn’t know],” she admitted. “But at the same time, I gotta say, how I moved and carried myself the rest of the season was in good faith. I didn’t know what was going down. I’m just learning what [the viewers] are learning. So this new death threat on me and my family, now that warrants another apology.”

Nevertheless, Karen promised that she plans to “handle it” when they film the reunion.