Home Real Housewives of Potomac News Gizelle Bryant Shares What Wasn’t Shown During Fight With Wendy on RHOP, Claims Wendy Owes Her an Apology as Karen Huger Shades Her and Suggests Her Apology Lacked Validity

Gizelle Bryant Shares What Wasn’t Shown During Fight With Wendy on RHOP, Claims Wendy Owes Her an Apology as Karen Huger Shades Her and Suggests Her Apology Lacked Validity 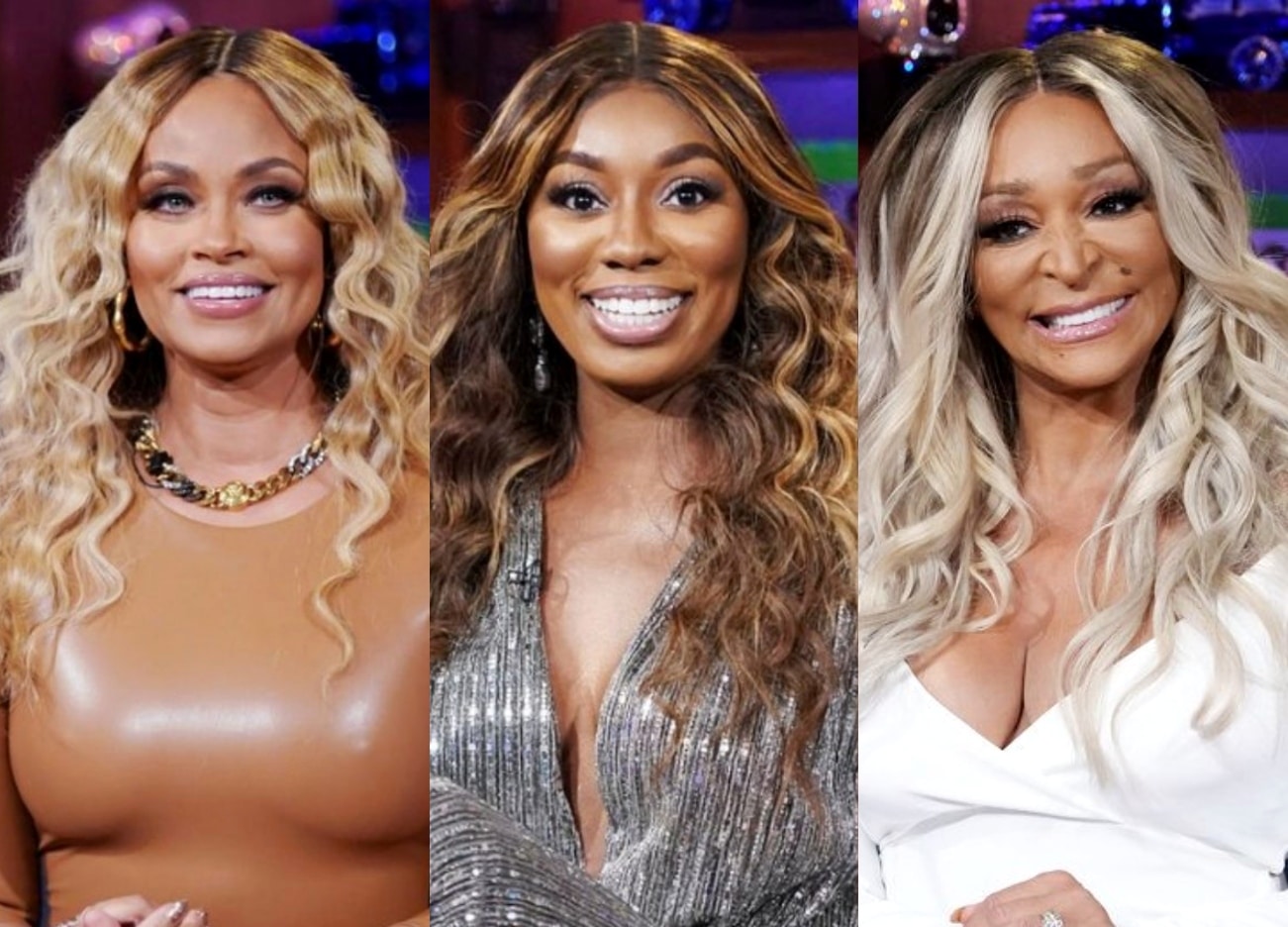 Gizelle Bryant is still waiting on an apology from Dr. Wendy Osefo.

Following her kumbaya moments with Wendy and Karen Huger at Mia Thornton‘s goddess party during Sunday night’s episode of The Real Housewives of Potomac, Gizelle explained why she’s owed an apology from Wendy as Karen looked back on her own apology to Gizelle after slamming her enjoyment of a mess.

“[Wendy] was looking for an apology and I told her, ‘Quite frankly, you owe me one. Cuz you went crazy for no reason,'” Gizelle recalled on a recent episode of the RHOP: After Show. “It wasn’t appropriate. It wasn’t cute. It was like, ‘I wish death on you. You’re a horrible person.’ It was so bad, all of the things that were coming out of her mouth. Yeah, Wendy owes me an apology, to this day.”

Gizelle and Wendy feuded throughout the first half of the RHOP season after Gizelle put a spotlight on rumors suggesting Wendy’s husband, Eddie Osefo, was cheating on her. However, after coming face to face at Mia’s event, Wendy decided to move forward.

“I had said what I needed to say to her. I’m okay moving forward because I’m a firm believer of, ‘Show me who you are and I’ll deal with you accordingly,'” Wendy explained. “Gizelle has shown me who she is. And so I’m going to move forward but I’m moving forward differently.”

In regard to the ladies’ truce, Karen suspected it was her own moment with Gizelle that inspired Gizelle and Wendy to turn over a new leaf.

“I think, honestly, by me putting the group first, I think I set a standard for how we should move on,” Karen offered.

Karen then noted that Gizelle was the “common ingredient” of the cast’s drama.

“Gizelle likes mess and if we take that power away from Gizelle and move on we gon have a good time. We are not giving her that power to keep disfunction going in this group at this moment,” Karen stated.

During another segment of the RHOP: After Show, Karen reflected on her apology to Gizelle, saying that because she doesn’t play with people’s children, she felt she needed to speak up.

“[Gizelle] and I can have our differences, but when you use your children and you say your children are hurting, I am going to send an apology to those children immediately,” Karen shared. “It was important that I handled that in that moment, even though I questioned the validity of it.”

After seemingly accusing Gizelle of using her daughters’ emotions to fuel the drama between them, Karen said Gizelle “piggy-backed” on her apology with one of her own.

Sharing her own thoughts on her conversation with Karen, Gizelle said Karen “owed [her] some apologies” before accusing her castmate of fabricating her supposed death wish on Ray Huger, which was said to have upset the children of Karen and Ray.

“Karen’s whole life is a fabrication. She pulled that out of her a– and she ran with it and it didn’t make any sense because that whole commentary, Ray was wrong. Your husband, not me!” Gizelle said in a statement to Karen. “A man talking about a woman’s looks and equating that to her finding a relationship is the most chauvinistic approach to life that I don’t want anything to do with. I should have checked Ray in his pants right when he said it and said to him, ‘That is some chauvinist bullshit coming out of your mouth. If you want to have a chauvinistic approach to life, save that for your wife.'”