Karen Huger Shares Update On Marriage With Husband Ray Amid “Raw” Season of the RHOP, Plus She Slams Gizelle Bryant’s “Secondhand Trashcan” Wardrobe 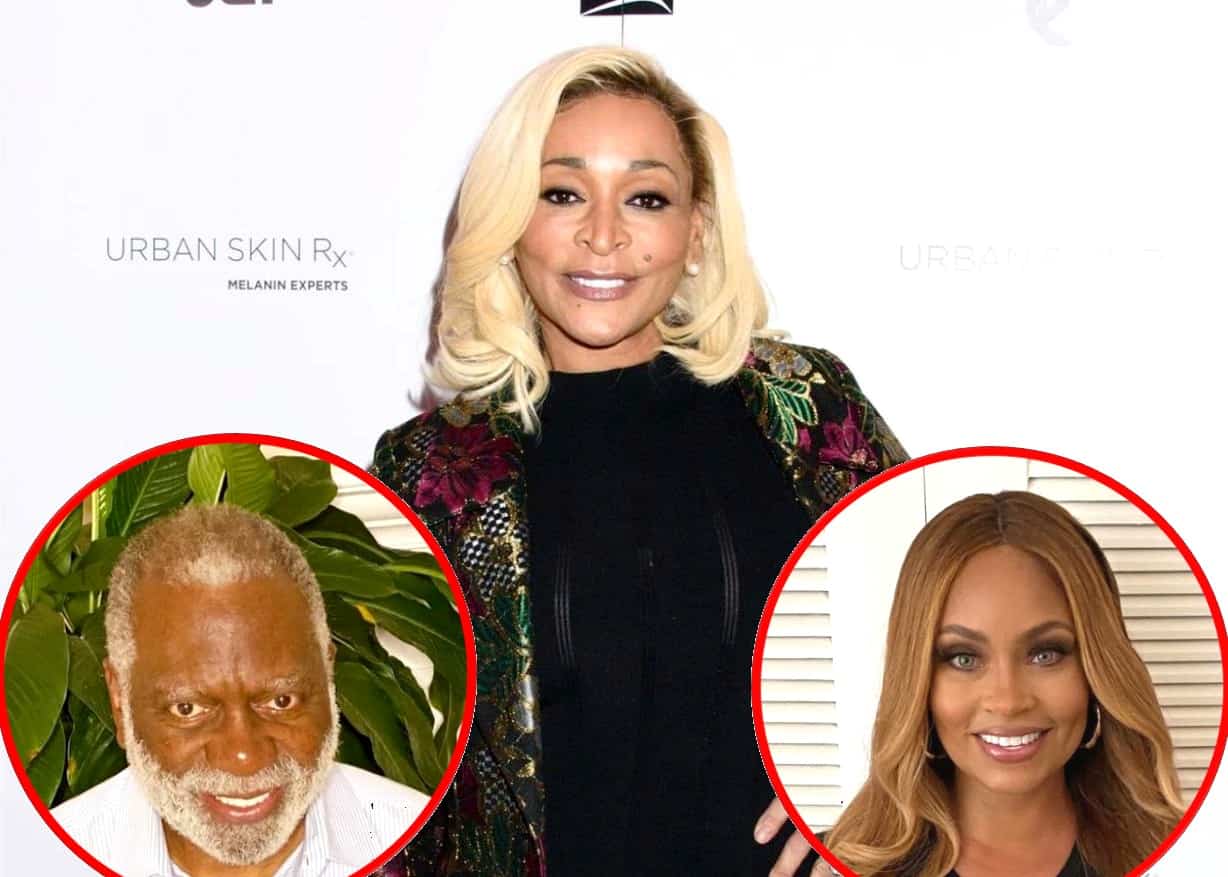 Things haven’t exactly been smooth sailing for Karen Huger and her husband Ray Huger on this season of The Real Housewives of Potomac, with past money issues bubbling to the surface as the couple grapples to keep their 23-year marriage afloat.

Karen hasn’t always been the most open book in the past, but RHOP fans took note that with season five, she’s displayed a lot more vulnerability as she and Ray attend therapy sessions and discuss the issues causing cracks in the pavement of their years-long relationship.

On the most recent episode, the couple attended an intimate therapy session as Karen revealed to Ray how much she felt he didn’t fully acknowledge her picking up the pieces from his 2017 tax issues.

Ray finally gave her the “thank you” she needed during that session, and on an episode of the season five After Show, Karen revealed how much it truly meant to her and where the couple stands today.

“My heart still gets full because while Ray addressed his own business issues, I picked up the family,” she shared. “The mortgage, the tuitions — I was in shock when I saw the first water bill. You don’t understand, I have never paid a bill! But this is what I was raised to do: you soldier up, you lift what you can lift. I was not involved in the business so I couldn’t do that, but what could I do to help?”

Karen continued by noting how much she needed Ray to show her his appreciation for everything she did, saying that just one small expression of gratitude would have been okay for her.

“There was no conversation about it and there was no acknowledgment of what it was I was doing to try and show him that just as good as a husband he had been to me I was gonna be that kind of wife to him at this time,” she revealed. “To not get a thank you until that doctor’s office…we were raw this season. All I wanted was that acknowledgment.”

Karen went on to mention that Ray finally acknowledging all she did to “save” their marriage meant “everything” to her and ultimately kept their longstanding partnership intact.

“I’m not looking for the past ‘Karen and Ray,’ I like us today. There’s a new layer to us, there’s a lot of humor,” she stated. “There’s a lot of love, though, oh my god. Just to know that he’s there. He is my spiritual partner, he’s my friend. We have a lot of laughter.”

She continued, “But it’s that one act of kindness that he gave me on film with Bravo that saved this unit because I didn’t know where we were gonna go. For him to do that — not just to me but in front of the viewers — I think it’s going to rivet people. If they felt half of what I felt when he did it…it meant everything.”

As Karen tries to mend her relationship with Ray, her friendship with Gizelle Bryant still seems to be on the rocks, and Karen took to her Twitter to fire back at a few comments Gizelle made on Watch What Happens Live.

Answering a few questions about her looks with host Andy Cohen, Gizelle took a few shots at Karen’s fashions, implying that she had “knock-offs.”

“@BravoWWHL @Andy @GizelleBryant can you spell the word alterations? Oh I forgot, you get your wardrobe from a secondhand trashcan. #rhop,” Karen tweeted.

@BravoWWHL @Andy , @GizelleBryant can you spell the word alterations? Oh I forgot, you get your wardrobe from a secondhand trashcan. #rhop

The Grande Dame also seemed to be clapping back at Gizelle’s comments made during Sunday’s episode, and she noted how drunk Karen was at Monique Samuels‘ lake house when Karen and the ladies shared…quite a few Fireball shots after hours.

“@gizellebryant you should’ve stayed at @mrsmoniquesamuels with us and shared in our FUN Kiki moment,” she wrote, posting a video from last year when the two were in better spirits (no pun intended). “The last time we SAW you DRUNK was at Candiace [Dillard-Bassett]‘s wedding. You’re long overdue, I’ll help you ???? it’s a date Fire ????  Balls on me! #rhop[.]”

@gizellebryant you should’ve stayed at the @mrsmoniquesamuels with us and shared in our FUN Kiki moment. The last time we SAW you DRUNK was at Candiace’s wedding.  You’re long overdue, I’ll help you ???? it’s a date Fire ???? Balls on me! #rhop pic.twitter.com/vtM8f2K7Bj