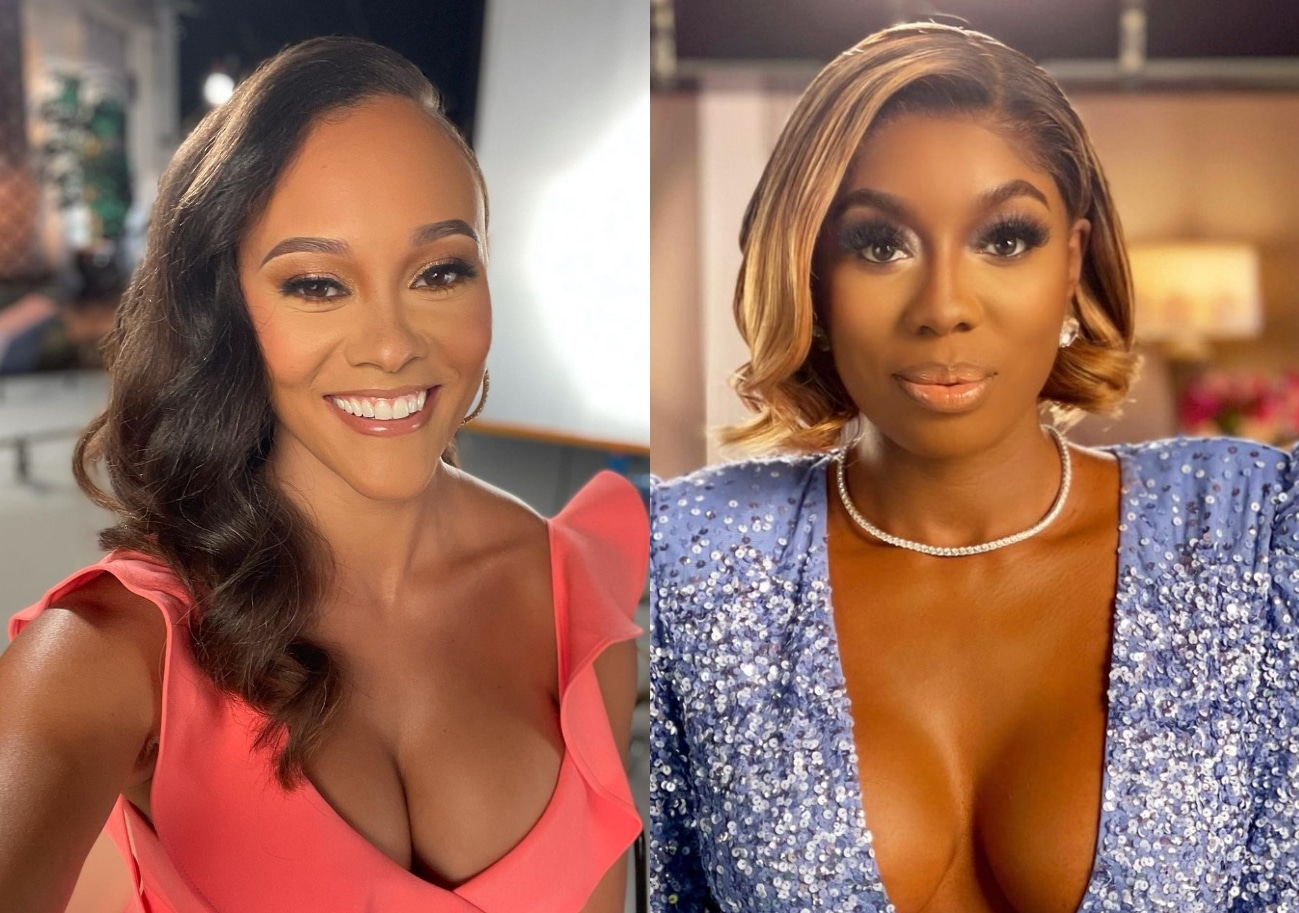 Ashley Darby is defending her decision to discuss the “Eddie Rumors” with Wendy Osefo as Wendy mocks Ashley’s marriage and insists her co-star was set up by Gizelle Bryant.

As Real Housewives of Potomac fans well know, there’s been a lot of drama that has resulted from the Eddie Osefo cheating rumors, including which lady should have discussed the online gossip with Wendy. Though it was Gizelle who first brought up the rumors on camera, Ashley is the one who pulled Wendy aside to address the situation, which Ashley maintains made perfect sense.

“Ultimately the conversation was had by Gizelle and I at the same time. I was a part of that conversation as well, so I also have a responsibility, I feel, to have a discussion with Wendy,” she explained on the RHOP: After Show. “I don’t know why it would only have to be coming from Gizelle when both of us were a part of that.”

But Wendy has a much different perspective, claiming Gizelle only spoke with Ashley about the alleged rumors because she knew the mother-of-two would do the dirty work for her.

However, Wendy didn’t just call Gizelle out. She also questioned how Ashley had the audacity to discuss such a sensitive topic considering the issues in her own marriage.

But according to Ashley, Michael’s “indiscretions” are exactly why she thought she should be the one to consult Wendy first.

“I really thought it was going to be something that we’d have a little kiki about considering it is something that is very similar to something that I went through,” the “Coffee & Love” singer shared. “I do think that it makes sense that we would have that talk. I thought we’d just laugh about it… or anything aside from what happened.”

For Gizelle’s part, she now admits she should have been the one to address the online gossip with Wendy.

“I should have been the one to talk to Wendy before Ashley. One hundred percent, I own that! ” she confessed. “However, none of this was malicious. It wasn’t shady, it wasn’t mean. The reaction that Wendy had, I didn’t see that coming. It didn’t make any sense to me. ”