Home Real Housewives of Potomac News RHOP’s Robyn Dixon Says It Was “Extreme and Unnecessary” for Gizelle to Bring Security to Meeting With Monique, Dishes on Relationship with Fiancé Juan and Reveals If They’re Secretly Married

RHOP’s Robyn Dixon Says It Was “Extreme and Unnecessary” for Gizelle to Bring Security to Meeting With Monique, Dishes on Relationship with Fiancé Juan and Reveals If They’re Secretly Married 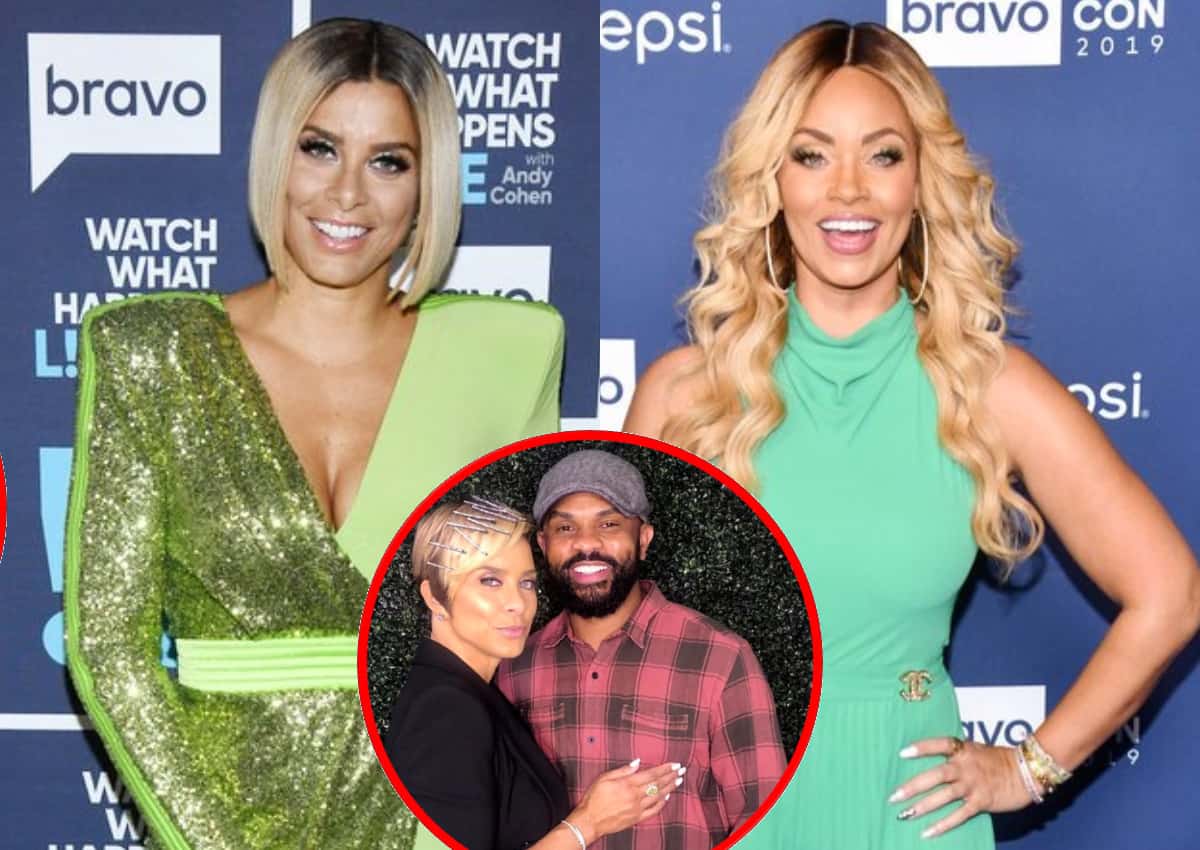 Robyn Dixon did not think it was necessary for Gizelle Bryant to bring security to her meeting with Monique Samuels during the most recent episode of The Real Housewives of Potomac.

During an appearance on Watch What Happens Live on Sunday night, Robyn admitted that Gizelle’s actions were “extreme and unnecessary” before sharing intimate details about her relationship with fiancé Juan Dixon and revealing if the two of them secretly tied the knot.

“The security was extra extreme and unnecessary,” Robyn told Andy Cohen during the October 18 episode. “I totally could have been security if I had to and I didn’t expect Monique to get physical in that moment. So, that was super extra.”

As for the note-taking, Robyn said she understood why her RHOP castmate did so.

“I don’t think that was extra. It was more, ‘Okay, let’s take in what you’re saying and let’s see if there’s some points that you need to address,’ because sometimes it’s just so much to take in,” she explained. “So, I get the taking notes. I mean, maybe it was a little dramatized but security was not necessary.”

Also during the WWHL episode, Robyn played a game called “We Juan’a Know,” during which she answered a number of rapid-fire questions.

“We’re pretty good at just moving on. We don’t like holding grudges. I would say Juan, though,” Robyn explained.

Robyn then revealed that Juan initiates sex more and that she turns up more after having a few drinks.

“When it comes to kids, who’s the good cop and who’s the bad cop?” Andy wondered.

“I’m the good cop. I’m the fun parent and Juan is the frightening parent,” Robyn laughed.

While it has been nearly a year since Robyn and Juan became engaged for a second time, she confirmed to Andy that the two of them had not yet wed during the show.

“We are not married yet,” she shared.