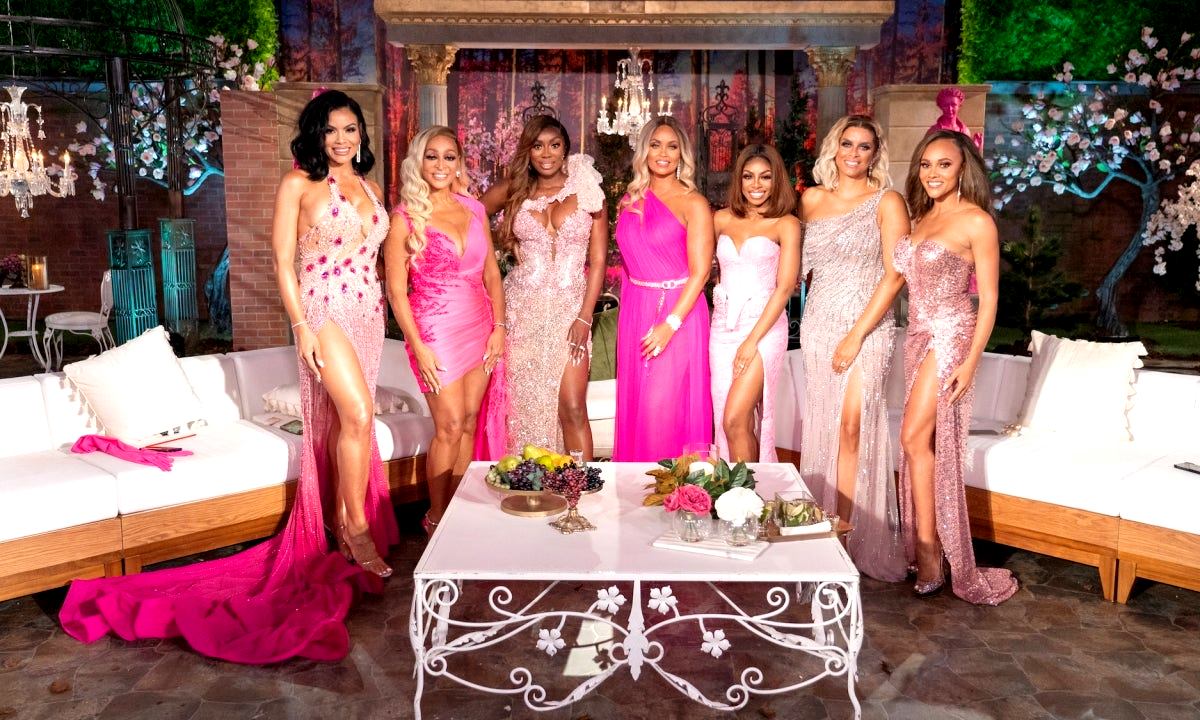 The Real Housewives of Potomac cast had so much drama during their sixth season that their upcoming reunion is a four-parter!

In a just-released preview of the upcoming special, which features rapper Nicki Minaj making her debut as a part time host, Candiace Dillard-Bassett is in the hot seat as her husband Chris Bassett defends himself against the cast’s narrative against him and Wendy Osefo claps back at claims of being insecure.

“How is the way that you respond to people working for you?” host Andy Cohen asks Candiace.

In response, Candiace begins, “If you cannot handle someone orating…”

During a number of scenes from RHOP season six, Candiace butted heads with newbie Mia Thornton and their interaction at the reunion didn’t look much different, with Mia telling Candiace she’s “a nasty hood rat” and Candiace clapping back with her go-to dig.

“Your mama!” she shouts back, once again bringing Mia’s mother, who has struggled with addiction in recent years, into their feud.

As Candiace battles Mia, Chris takes on the entire cast, telling them, Y’all want to perpetuate this narrative that I’m broke, that I came from sh-t, that I ain’t been nothing.”

Throughout the season, many of the show’s cast have questioned Chris for seemingly abandoning his career as a chef to help Candiace continue fulfilling her dreams of being a pop star.

“Chris, did you try and holler at Mia?” Andy asks as the sneak peek continues.

“Lies from the pits of hell,” Candiace agrees.

We don't want none unless you got Potomac, hon! The 4-part #RHOP Reunion is looking like a Pink Sunday with Queen @NickiMinaj taking over! 👑 🌸 Part 1 is coming in hot Sunday, November 7th! pic.twitter.com/SrAH0ReaNR

In addition to bringing super-sized print-outs of text messages exchanged with Robyn Dixon, which prompt Robyn to ask if she really spent money on such a thing, Wendy wonders why she’s been labeled as “insecure” when Mia made a sexually suggestive comment about Chris.

After Andy then mentions to Gizelle Bryant that Jamal Bryant reportedly owes $800,000 in taxes and says, “He wasn’t faithful to you. He did it again,” Karen Huger tears up about the relationship drama her on-again, off-again friend endured.

“I don’t believe in my heart that you should’ve gone back to him. Don’t make me cry.”

As the clip comes to an end, Nicki enters the stage, declaring, “I’m here b-tches!”