Candiace Dillard Shares Real Reason Dorothy Doesn’t Like Chris Managing Her, Calls Out “Wide-Hipped” Mia for Questions to Mom as Karen and Gizelle Weigh in, Plus RHOP Live Viewing Thread 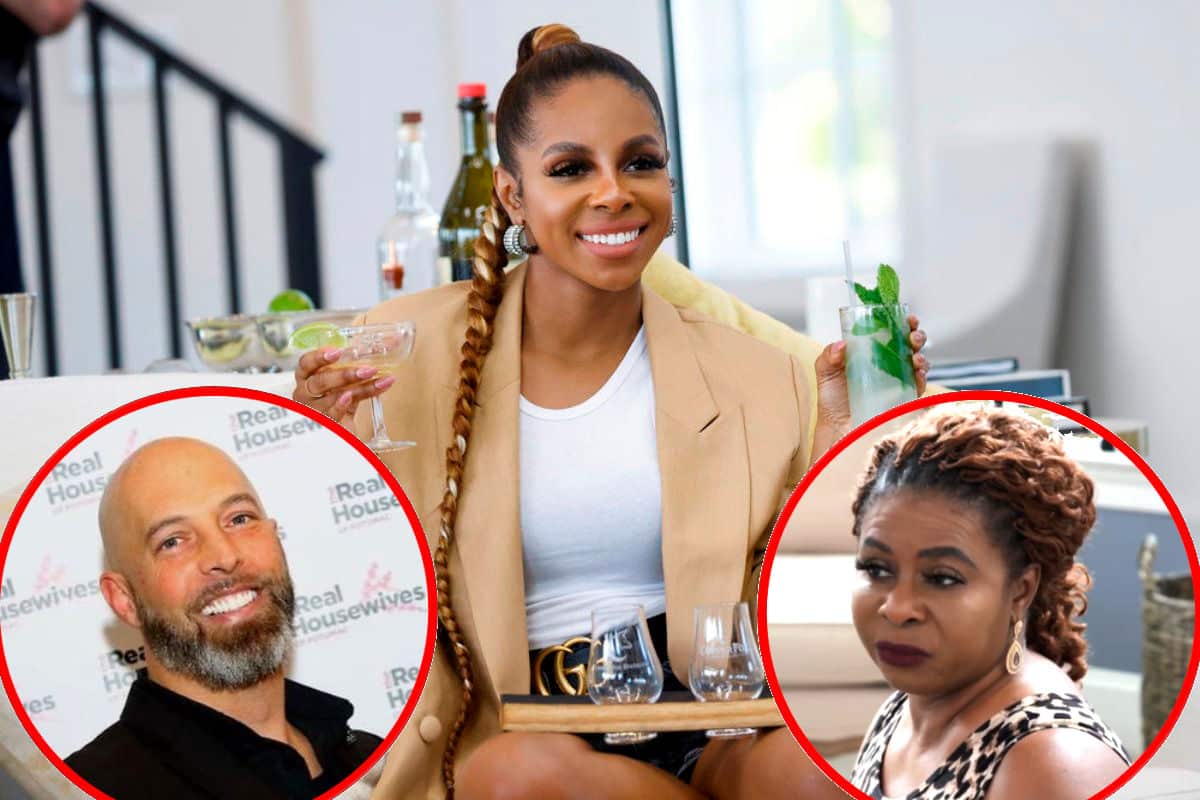 Candiace Dillard-Bassett is revealing the real reason her mother, Dorothy Dillard, isn’t on board with her husband, Chris Bassett, acting as her husbandger.

After Chris was seen fuming over a couple of snafus that arose during her music video shoot on Sunday’s episode of The Real Housewives of Potomac, Candiace explained Dorothy’s feelings about Chris’ new role and shaded Mia Thornton for her many questions to Dorothy as Karen Huger reacted to Dorothy’s comments about Chris.

“It’s obvious that my mom is not a fan of Chris being this involved in my career,” Candiace began on the September 19 episode of the RHOP: After Show. “I do think that part of it is that my mom was my momager in life before I ever met Chris, and my mom has always been my biggest cheerleader. She reveled in that role in my life, and I think she kind of was starting to feel like she was losing her place as one of my biggest supporters.”

“Anything that involves someone else that’s not her being a help to me, she’s going to side-eye. But we’re working on it,” she added.

During Sunday’s show, Dorothy made it clear that she was not only unhappy about Chris’ role as husbandger but also that she questioned his intentions for involving himself in her daughter’s career. Needless to say, a number of cast members were taken aback at just how open Dorothy was about her feelings towards Chris during her conversation with Mia.

“When she lifted and said, ‘Alright, well don’t tell Candiace,’ I said, ‘You my kind of girl. I ride with you.’ I love an honest, confident, straight-shooter,” Mia said.

“It was just insane,” Karen agreed. “And when she leaned into my ear, I knew I wanted no parts of it.”

Because Karen and Candiace were in the process of repairing their friendship, Karen didn’t want to take part in a negative conversation behind her back.

“She asked me, ‘What would you do if your child came home, married somebody, and now he’s quit his job, and he’s the manager?’” Karen recalled. “I said, ’Stay in your lane because your daughter loves this man, and you do not want to be at odds.’ Dorothy can’t compete with Chris. I had to let her know.”

Later on the RHOP: After Show, Candiace said that while she was made aware that Mia was asking her mom some seemingly inappropriate questions about her age and Candiace’s marriage to Chris, she couldn’t “react in the moment” because there was “too much other stuff going on.”

She then laid into Mia for her behavior.

Still, when it comes to Mia, she made it clear she would welcome a friendship with Dorothy.

“Let me tell you, Miss Dorothy and I, I can hang out with her any day. That’s just me,” she shared.

Then, in her own segment, Gizelle Bryant called out Mia for having ill intentions with her questions for Dorothy before admitting she was curious to hear how Dorothy would respond.

“Dorothy and Mia met and Mia said, ‘I’m going to get up all into the Candiace/Chris/Dorothy business.’ So Mia was asking all kinds of questions, and you know what? I wasn’t even mad at it because it was questions I wanted to know the answers. I was here for all the questions but apparently, some of the other ladies were oh-so-offended. If we are a group of friends, why can’t we ask questions?” she asked.