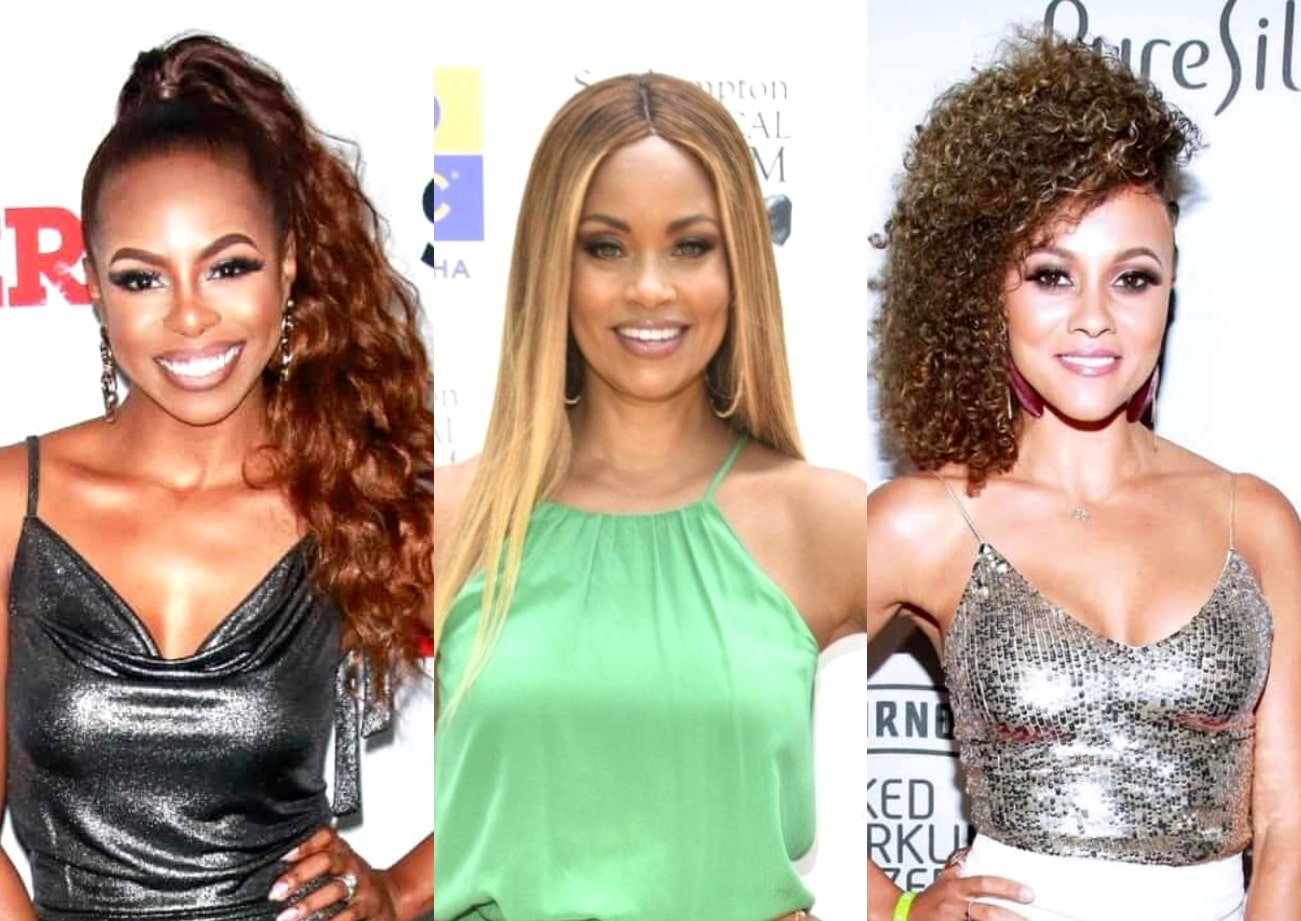 Candiace Dillard-Bassett is firing back at Gizelle Bryant’s comments about her husband, Chris Bassett, and his new gig as her manager during Sunday night’s episode of The Real Housewives of Potomac.

Following the show, which featured claims of Gizelle believing Chris was trying to ride Candiace’s coattails, Candiace and Dr. Wendy Osefo fired back as Ashley Darby opened up about her own marriage, admitting that she doesn’t fully trust her husband, Michael Darby.

On the September 5 episode of the RHOP: After Show, after giving a nod to Gizelle’s drama with ex-husband Jamal Bryant, which included claims of infidelity, Candiace said she can hardly be upset with her currently single co-star.

“When I hear this woman say to me that my husband, who would do anything to make me happy, would do anything so that my career and that my dreams are a reality, I don’t know an example of him supporting her in the way that my husband has supported me. I almost can’t even be upset because you are only responding to my experience as a product of your environment and as a product of what you have been through and what you still go through,” she explained. “Chris is a guardian angel. He uplifts, he upholds me in a way that I didn’t even know that I deserved or needed. It made me laugh in the way that Chris laughed because it’s like, I can’t even look at or respond to someone saying that about Chris because Gizelle knows Chris. She knows if he’s anything, he’s not a coattail rider, and Chris is doing just fine.”

Wendy agreed with Candiace in her suggestion that Gizelle’s comments about the relationships of others shouldn’t be taken seriously.

In her defense, Gizelle said that because she wants to see Candiace be “as successful as possible,” her “spide-y sense went up” when she learned Chris would be acting as her manager.

“When I see her husband, that by trade is a chef, all of the sudden not be cheffing anymore and decides to be manager, it just, I don’t know, gave me a little yellow flags,” she admitted.

According to Gizelle, she believes Candiace and Chris’ careers should be separate.

“Let him continue to do what he’s doing and it be separate. Let Candiace rock out, and you just support her when she comes home, as opposed to ‘Let me stop what I’m doing over here as a man and jump on the Candiace train.’ That was, for me, a little problematic,” she continued.

Still, Candiace believes Gizelle has no right to be criticizing her marriage and told her co-star, “You won’t recognize a supportive husband if he smacked you in your face.”

In another segment of the RHOP: After Show, Ashley admitted she sometimes wonders how she and Michael made it through their many relational difficulties before noting that their commitment to making their marriage work allowed them to overcome the challenges.

“We’ve had to forgive each other for a lot of stuff, and forgiveness is so hard but especially in a marriage, it’s incredibly necessary,” she noted.

Then, after being asked if she completely trusts Michael, Ashley said she does not.

“[But] I try to be really proactive. I give Michael credit too that he’s also trying to be more proactive by communicating his needs much more than he has in the past,” she added.