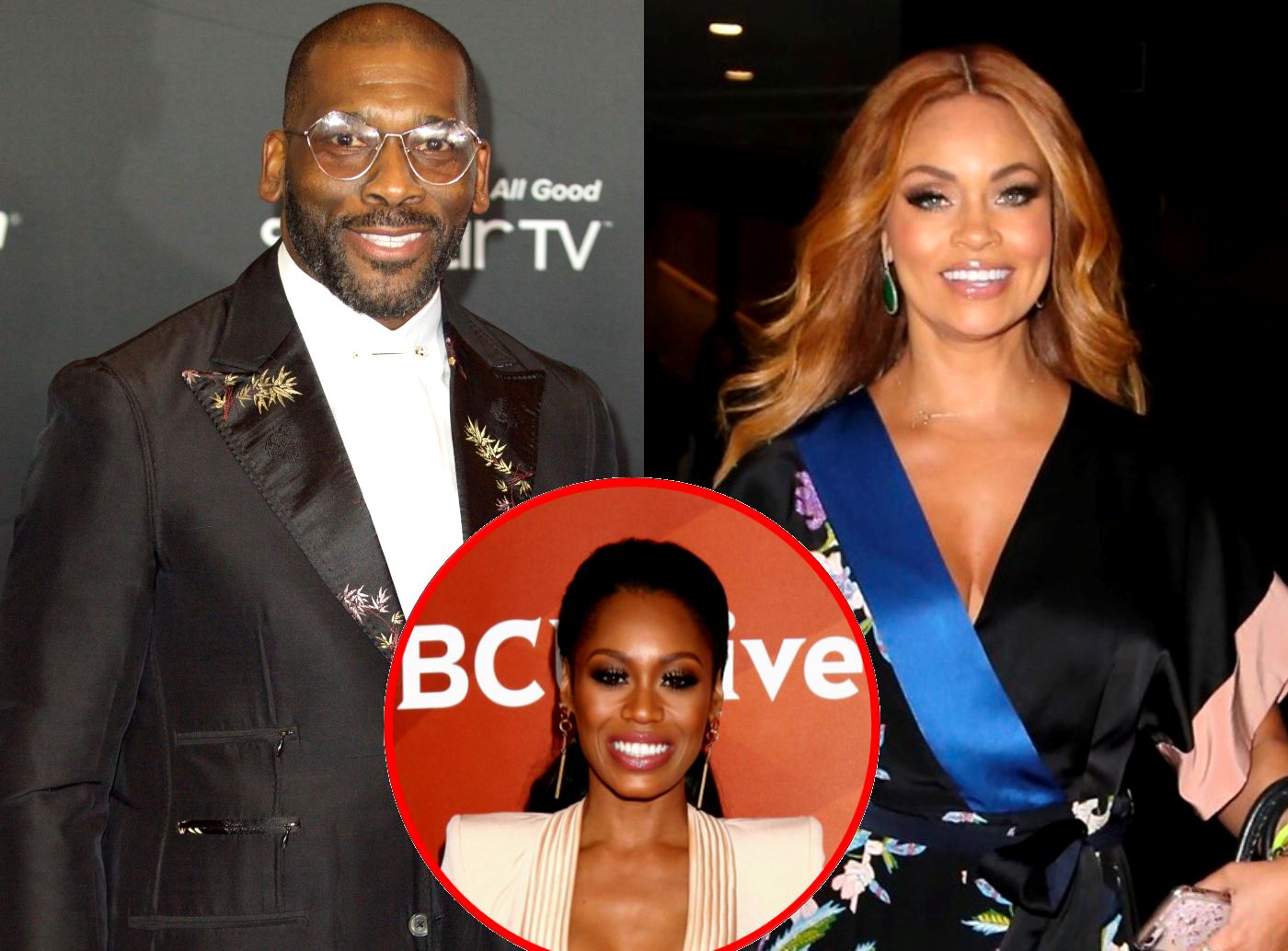 Jamal Bryant has seemingly responded to the shocking cheating allegations brought against him by Monique Samuels during Sunday night’s episode of The Real Housewives of Potomac reunion.

After watching as Monique read text messages that had allegedly been sent between him and his supposed girlfriend amid his reconciliation with Gizelle Bryant, Jamal took to Instagram, where he shared a message that suggested he was completely unbothered by the on-screen drama.

“Give no energy to anything that doesn’t add to your joy, align with your purpose or pay any of your bills! Be at peace!” Jamal wrote in the caption of a video of a man enjoying a meal, which also included a message that read, “Me minding my OWN business.”

Jamal also shared a message on his Instagram Stories that appeared to be directed at the allegations Gizelle was being faced with on RHOP.

“Dear Lord today, silence the contrary voices in my head, pull the knives out of my back, put blessings in my hand, heal broken hearts [and] put the past under my feet,” the message, which was initially shared by a woman named Cassandra, read. 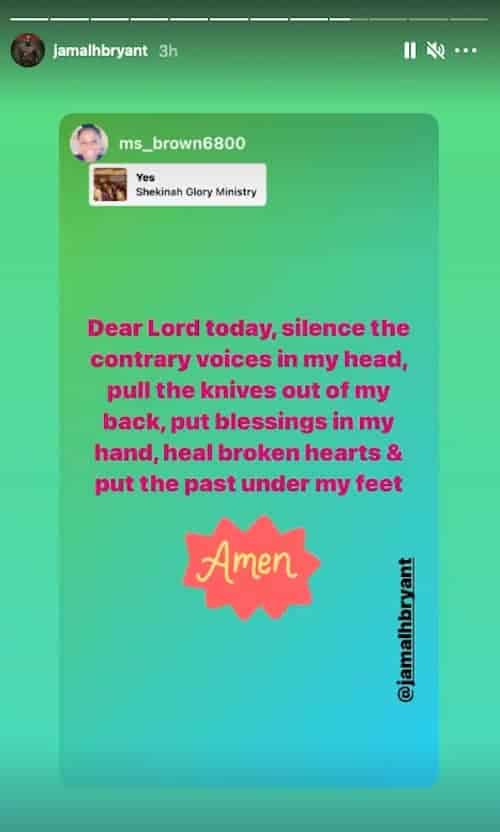 Prior to the reunion, Gizelle appeared on the Give Them Lala… With Randall podcast, where she opened up about her rekindled relationship with Jamal.

“I am at this point where I’m like, ‘Who do I wanna grow old with? Who do I want to travel the world with? Who do I want to share my life with?’ Because, you know, I’m doing some great things out here, and I wanna share it with somebody. There was no other person that I could possibly think of than him,” she explained, adding that she knows Jamal “will die to protect [her] and to take care of [her].”

Gizelle also said that getting back together with Jamal “just [made] sense” because “the love [was] still there.”

Jamal and Gizelle were married from 2002 to 2009 and reunited ahead of production on season five last year.

Part two of The Real Housewives of Potomac season five reunion airs this Sunday, December 20, at 9 p.m. on Bravo.