Home Real Housewives of Potomac News Candiace Dillard Claims Karen Huger Tried to Get Her Fired From RHOP and Has No “Remorse,” Can Their Friendship Be Repaired?

Candiace Dillard Claims Karen Huger Tried to Get Her Fired From RHOP and Has No “Remorse,” Can Their Friendship Be Repaired? 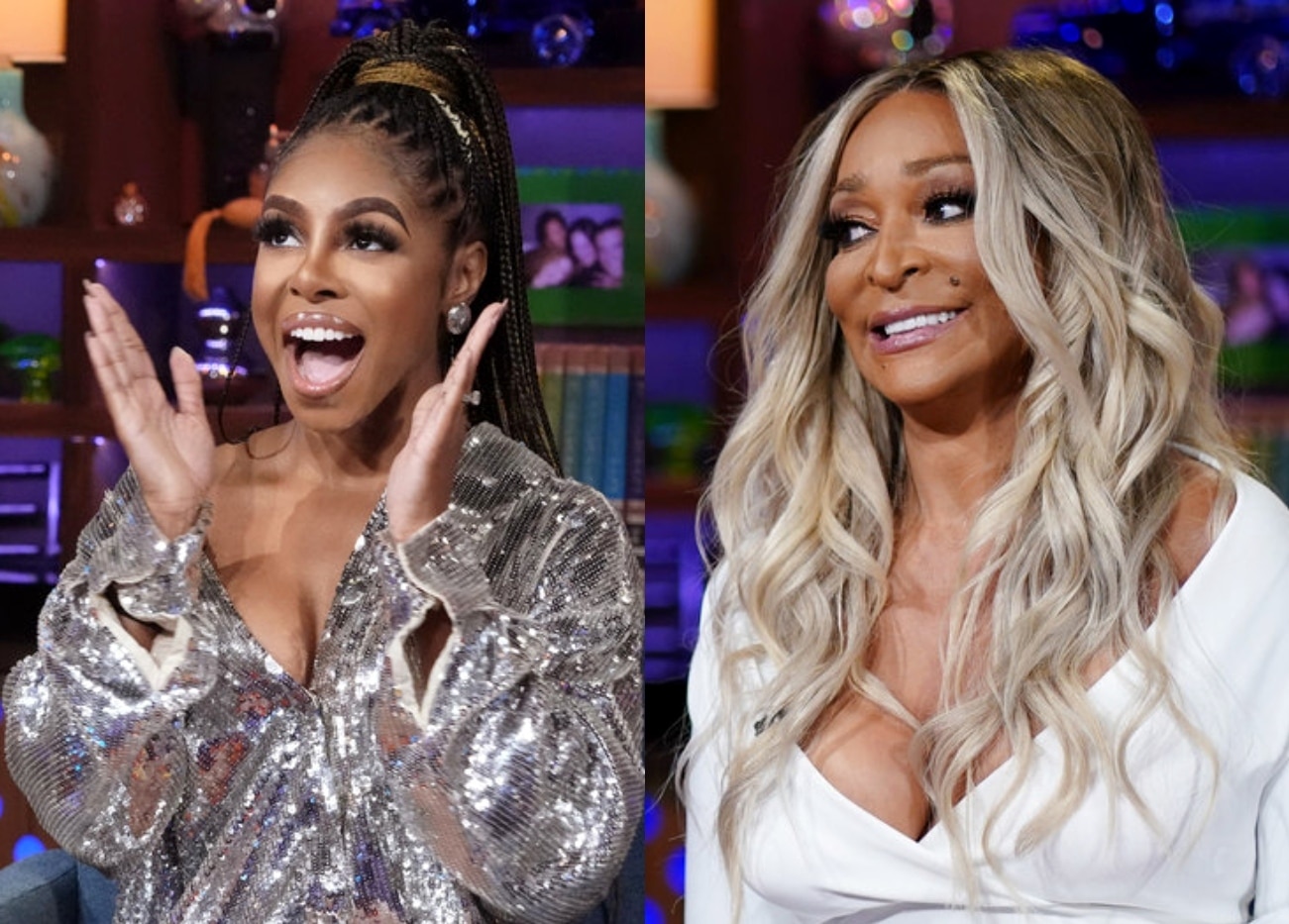 Candiace Dillard Bassett is accusing Karen Huger of trying to get her fired before revealing whether she can ever truly forgive her Real Housewives of Potomac co-star following their season five drama.

It seems Candiace is refusing to let go of the drama that went down last season. If fans recall, she and former star Monique Samuels were involved in a physical altercation, which essentially became the central storyline of the show. While Gizelle Bryant, Robyn Dixon, and Wendy Osefo sided with Candiace, Karen tried to remain neutral and maintain her friendship with both Candiace and Monique.

However, Candiace felt betrayed by the Grand Dame’s decision to play both sides of the fence, and the two had a massive falling out, which came to a head at the reunion. Though the pair have been cordial with one another so far this season, Candiace is still waiting on a real apology.

“Did she really apologize?” she quipped while speaking with The Jasmine Brand on August 18. “I mean, she apologized for me being hurt, but she didn’t apologize. I don’t feel there was a genuineness in her apology.”

“I think that Karen was always here for Karen,” she continued. “And she got caught up. The bottom line is, Karen is for Karen, and people who are only here for themselves are never going to genuinely have remorse.”

The “Drive Back” singer then brought up the reunion, claiming there are still plenty of unresolved issues from the sit-down.

Last month, Karen teased that she and the former pageant queen experienced a lot of “growth” while filming season six, stating there’s “love between Candiace and I.” But when Candiace was asked if their friendship will ever be the same again, she had a much different perspective, claiming she can never forget that Karen allegedly tried to get her axed.

“No,” she declared. “You can’t do what she did. You don’t go to my boss and try to have me fired, and then come and smile in my face and act like everything is all good.”

She added, “It was discussed on the reunion that there were things that she was doing and saying on social media and I addressed them with her privately in a text message. And in that message, I told her to go to hell. And she sent that up the chain to say that I was threatening her. She felt threatened by a text message where I said, among other things, ‘Go to hell.’ But she’s apologizing for [Monique] who got physical, but she’s threatened by me?”

Candiace concluded her rant by declaring her relationship with Karen will be strictly professional going forward.

“I’m supposed to be friends with this person?” she asked. “No! No. She’s my co-worker, and that’s what that is.”