Home Real Housewives of Potomac News RHOP’s Gizelle Bryant Claims Wendy is “Not Happy” and Slams Her For Shading Her Relationship Status, Plus Wendy Shades Ashley’s Marriage as Karen Weighs in, and Live Viewing Thread

RHOP’s Gizelle Bryant Claims Wendy is “Not Happy” and Slams Her For Shading Her Relationship Status, Plus Wendy Shades Ashley’s Marriage as Karen Weighs in, and Live Viewing Thread 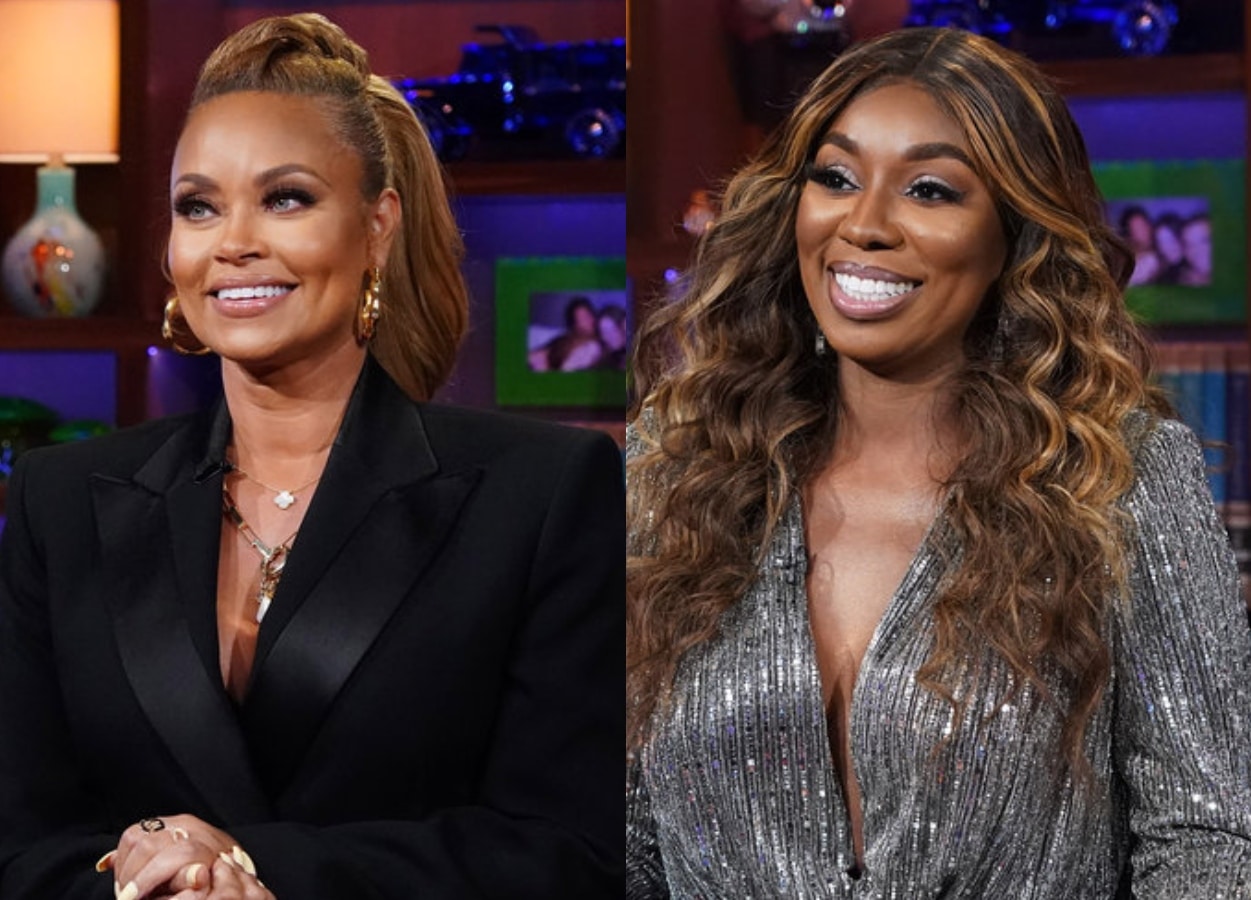 Gizelle Bryant believes Dr. Wendy Osefo is out of line with her ongoing comments about the relationships of their Real Housewives of Potomac co-stars.

As Wendy continued to make jabs at Gizelle and Robyn Dixon, both of whom were unwed (at least at the time the season was filmed), Gizelle said she didn’t like Wendy as Robyn warned that Wendy’s negative comments towards them could come back to “bite [her] in the a–” and Karen Huger accused Gizelle of being “jealous” of Wendy’s marriage to Eddie Osefo.

During a recent RHOP episode, Wendy suggested that Gizelle doesn’t fully understand the sanctity of marriage because her marriage to her ex-husband, Jamal Bryant, wasn’t good marriage, and because she’s currently single with no relationship to protect. This was in response to Gizelle deciding to discuss the unsubstantiated rumors about Wendy’s husband on the show,

“Wendy’s extremely judgmental,” Gizelle stated on the RHOP: After Show. “Wendy thinks that if it’s not [what] her picture-perfect relationship is then it is to be talked about, [and] it’s to be judged. And I don’t like people like that.”

“Life is bigger than whatever it is that you’re living so you’re just showing everybody, Wendy, who you are. And you’re not happy. Sorry, I know you try to make it seem like you are. You’re not happy, honey,” she added.

According to Robyn, she believes Wendy puts her “perfect life” and “perfect relationship” on display so she has something to “hold over our heads.”

“Hopefully she won’t have to go through anything I’ve gone through in the past but for the most part, relationships are hard. So if I was her, I would just be careful about how you throw daggers at other people’s relationships because a lot of times, it can come back and bite you in the a–,” Robyn warned.

During her own segment, Wendy suggested that the other relationships seen on the show don’t have the “understanding and commitment” that she and Eddie have in their marriage.

Because she and Eddie have mutual respect for one another, and they took a “sacrament of marriage,” she feels her RHOP castmates shouldn’t “play with that.”

“I said this to Gizelle, ‘You can play with everybody else’s relationship but don’t play with mine,'” she recalled.

Wendy went on to specifically suggest that Ashley isn’t in a real marriage with her husband Michael Darby.

“We talked about Ashley earlier. Yeah, Ashley’s married but [Candiace interjects to ask “Is she?”]… and that’s the truth… that’s not shade,” Wendy alleged.

Karen also weighed in on the back and forth, saying that when it comes to Gizelle and one other, they’re only “wives by association.”

“So when you don’t have something to lose, of course, you’ll come after it and you don’t respect the institution. [Gizelle] doesn’t value that. And if you don’t value that, then you’ll come for that because you’re jealous of those who have that,” Karen added.