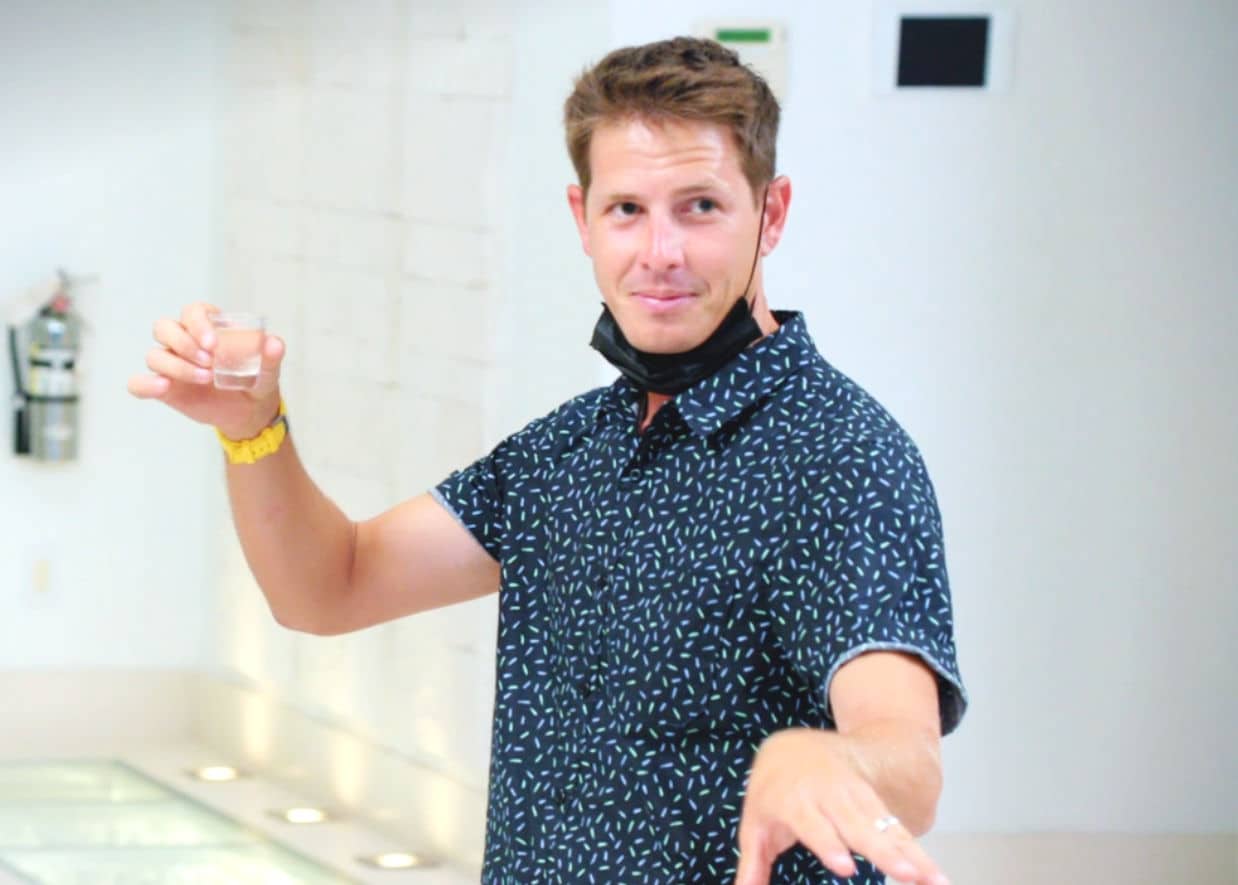 Michael Burchill has a lot on his mind after viewers saw Luann de Lesseps take a shot from his mouth on Real Housewives: Ultimate Girls Trip. Fans were shocked as the married concierge got chummy with the women in Turks and Caicos, where Housewives from several franchises vacationed together.

In a recent episode, Michael called himself sexy in French as he conversed with Luann. Teresa Giudice was quick to ask if he was married, and she drew attention to his ring. Since the episode aired, Michael has been in the spotlight of media coverage.

In a video posted to Instagram, Michael addressed rumors regarding his marriage. With his wife Kate in the background, he told the camera, “She doesn’t want to be on screen, which is cool, and I respect that because that’s just not really her thing.” But he didn’t want viewers to think she was fictitious, like a “Canadian girlfriend.”

He went on to mention “a really crazy article” that was written about him and his wife, which deep-dived into their past and was full of alleged “bullsh**.” Michael then asked the media “to do a better job” of getting accurate information. Then, he suddenly changed his mind and jokingly said, “Actually don’t you guys are fine.”

He pointed out the fact that he met his wife in 1999, which was 10 years earlier than what the article claimed. According to the video, Michael and his wife became “kind of” sweethearts when he was 12. Another inaccuracy in the article was his age (though he didn’t specify the details).

In the comments, a fan asked him if Kate was “pissed” that he interacted with Luann in such a way. The concierge said he and Kate hadn’t watched the episode, but he was “totally open with Kate while filming.” He went on to say: “The attention has put us in a bit of a spin. We’re working through it.”

In the premiere episode of Real Housewives: Ultimate Girls Trip, Melissa Gorga said she was worried about how the women would treat Michael. Luann was immediately kind, complimenting him on his skills as a concierge.

On the night Luann took a shot glass from Michael’s mouth, the women were enjoying a slumber party in matching pajamas. Melissa was in charge of the evening’s festivities, which mostly involved drinking. After making everyone take a shot, the 42-year-old introduced the Housewives to champagne pong. “That’s how we party in Jersey,” she said.