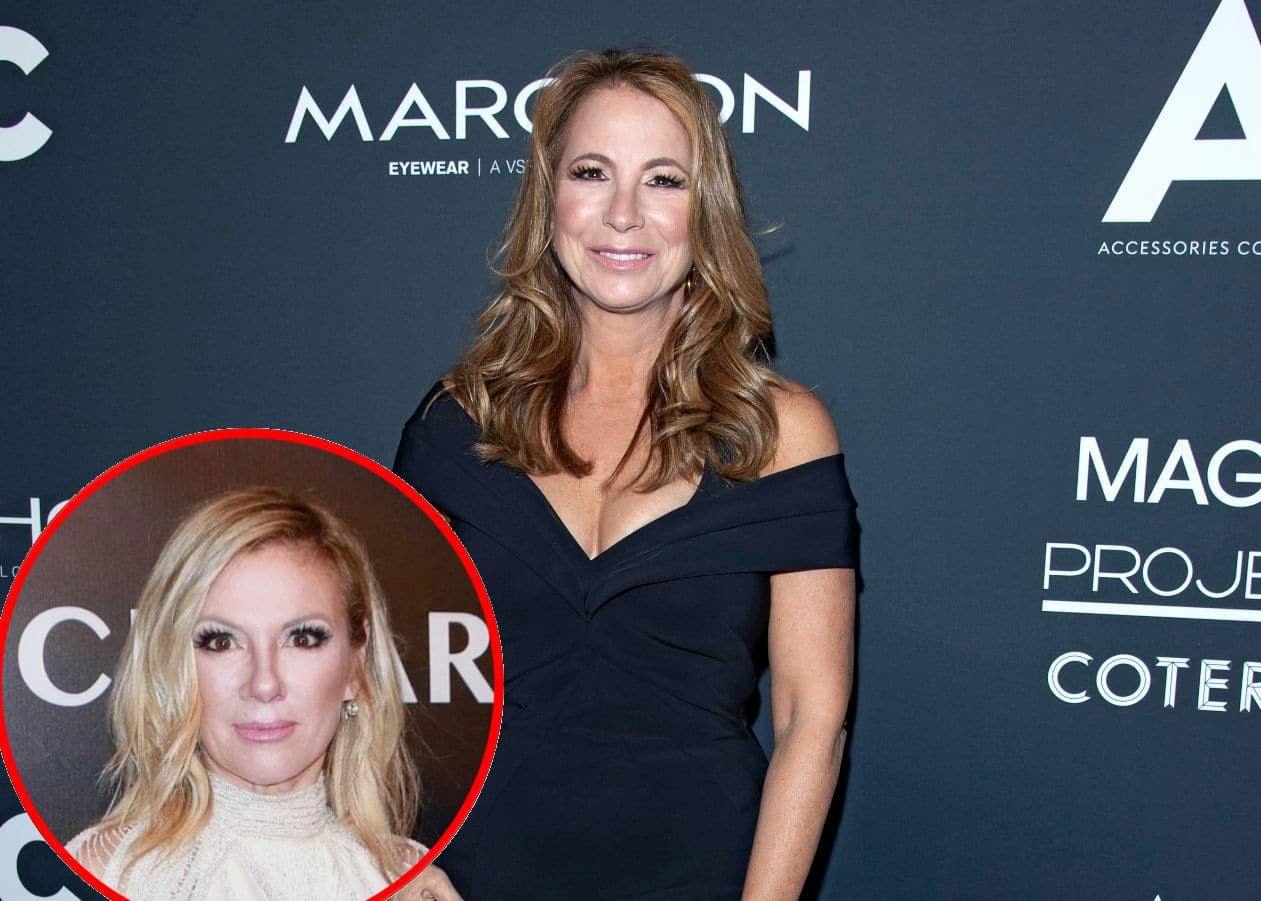 It just hasn’t been The Real Housewives of New York City star Ramona Singer’s best year. Between being accused of alleged racist comments made about Eboni K. Williams and telling Kenya Moore, “Oh, f*ck you,” before having a drink tossed on her on Real Housewives: Ultimate Girls Trip, the infamous Singer with a stinger just can’t seem to catch a break.

Now, in a new interview with Showbiz CheatSheet, former RHONY co-star of many years and OG housewife Jill Zarin is weighing in on the current ride that it is the “RamonaCoaster.”

Jill laughed after seeing Ramona’s antics on RHUGT. “I’m dying to see what they do to Ramona,” she said. “When they took Ramona off the boat and put her on the dinghy, I mean, you can’t make that sh*t up. For me, it was like validating because of all the things Ramona did to me on the show that people thought I had something to do with or it was with me or whatever.”

Jill went on to explain that people are now coming to find out how true the rumors surrounding Ramona’s behavior and lack of self-awareness really are. In particular, her treatment of staff and allegedly not paying them properly.

“And now they see she does it to everybody else,” she added, referencing the RHUGT cast. “And they’re not taking that sh*t. Then when that whole thing came up, you know, not paying that makeup lady, she wouldn’t pay the makeup lady. I mean, do you understand that if you follow Page Six, it goes back years? These things have happened.”

Jill went on to call out Ramona for “plotting” to make the show all about herself — notably on that awkward plane ride to Turks and Caicos on the first episode of RHUGT.

After a dismally low and divisive last season of RHONY, the show has been put on indefinite hiatus. But Jill thinks Ramona’s behavior on RHUGT is an effort to secure her position on the show. Many fans have even been calling for her to be fired.

“By the way, don’t think, she definitely thinks she’s coming back on Housewives because the whole show is about me,” Jill said of Ramona. “It’s kinda like she’s like, ‘Don’t you have anything else to talk about besides me?’ That’s when Kenya [Moore] got up and realized she’s giving Ramona the whole show!”

It’s not all hate though coming from Jill, though. Apparently, they are in a “great place.”

“But listen, I am in a great place with her. I actually love Ramona right now because I kind of love that she doesn’t like get it,” she said, laughing. “I do. I kind of love it! Maybe because I’m old and my memory is getting bad.”

Jill continued on by saying that, in her opinion, The Real Housewives of New York City couldn’t go on without the crazy antics of Ramona or Luann de Lesseps.

She also added that she was willing to return to the franchise as well, saying, “They need me.” Although she hasn’t been asked back by the series, she’s open to any future endeavors.

Fear not, though, as Jill is set to appear in season two of Real Housewives: Ultimate Girls Trip next year. And don’t miss Ramona on the current season of RHUGT currently airing on Peacock.