Home Real Housewives Ultimate Girls Trip VIDEO: Kenya Moore Tosses Drink at Ramona Singer Amid Physical Altercation After She Tells Her “F-ck You” on RHUGT, Slams Her for “Exposing” Cast to COVID

VIDEO: Kenya Moore Tosses Drink at Ramona Singer Amid Physical Altercation After She Tells Her “F-ck You” on RHUGT, Slams Her for “Exposing” Cast to COVID 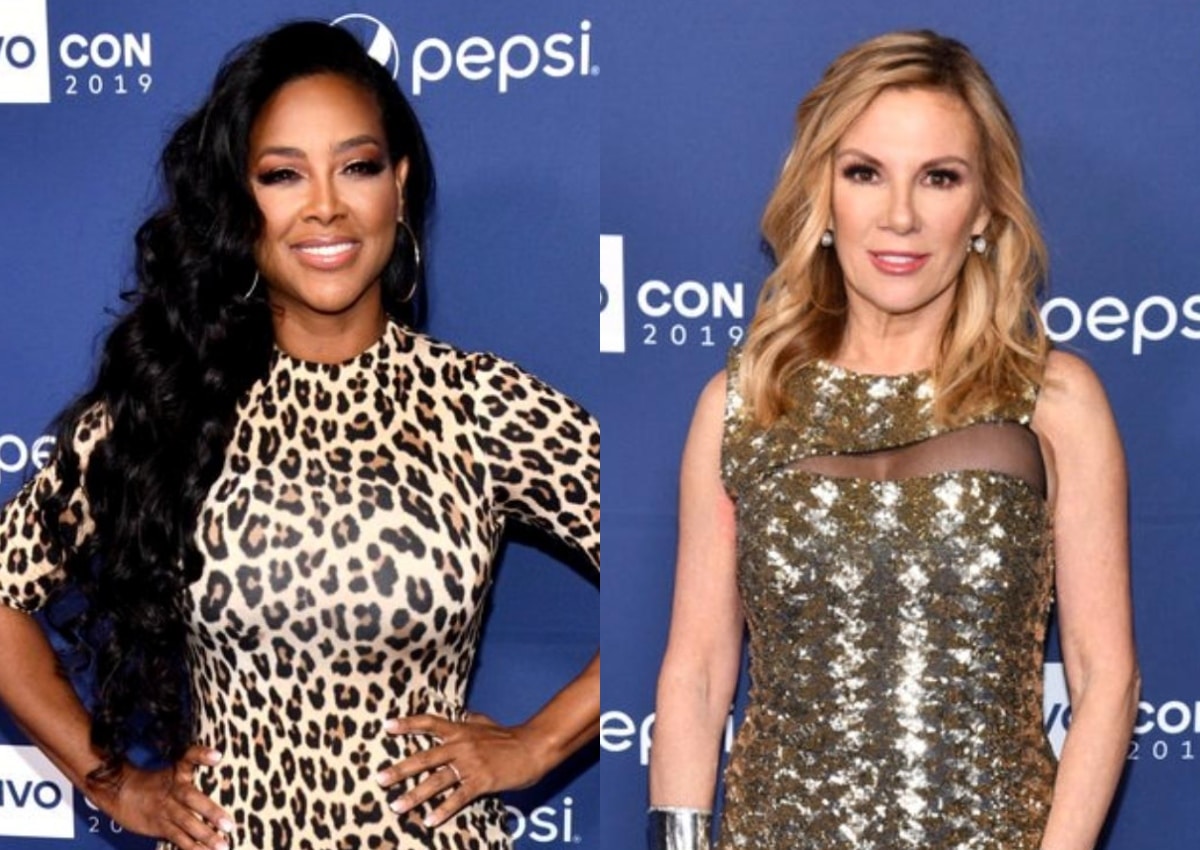 In one of the latest episodes of the Peacock spinoff, Kenya and Ramona were seen at odds while enjoying a day out on a yacht in the Turks and Caicos with their castmates, including Kyle Richards, Cynthia Bailey, Teresa Giudice, and Luann de Lesseps.

“Oh, f-ck you,” Ramona tells the Real Housewives of Atlanta cast member in a clip shared on Twitter.

“Who the f-ck do you think you are, Ramona?” Kenya replies.

“You don’t talk to me like that,” Kenya fires back as she grabs Ramona and throws a drink at her.

Also during the scene, Kenya told the Real Housewives of New York City star, “What you’re not going to do is say, ‘F-ck you,’ to me,” as Ramona told Kyle, “Oh sh-t. I’m in trouble.”

During an interview with E! News on November 24, Kenya opened up about the drama she faced with Ramona amid filming.

“I’ve never spent any real time with Ramona. I’ve just heard about her. Her reputation precedes her and I just think I was calling her out about her behavior before we even started the trip. You know, exposing the girls to COVID after we were in this bubble and being a negative influence, I was like, ‘Oh no, you’re not going to put my health at risk,'” Kenya recalled. “I think I just kind of called her out and she didn’t like that.”

In addition to knowing how Ramona has behaved from RHONY and the press, Kenya admitted to having her assistant do some digging into what else she’s done.

“We have all said some shady things about each other on our own shows. And I had my little assistant do some research and got these cards of things that we have said on our respective shows that could be considered as quite shady,” she revealed.

As for who surprised her during filming on RHUGT, Kenya said she was “pleasantly surprised” by Luann.

“I thought that Luann would be very, ‘Oh, I’m the Countess,’ and she wasn’t that way so I was really pleasantly surprised and we got along great. We have a lot of things in common and she’s one of my favorites,” Kenya noted.

Earlier this month, while speaking to Us Weekly, Ramona claimed Kenya “had it out for” her.

“The producers even said, ‘Wow, we’ve never seen anybody like this toward someone.’ It was difficult for me because I can usually handle anything,” she recalled.

The Real Housewives: Ultimate Girls Trip season one is currently streaming on Peacock.