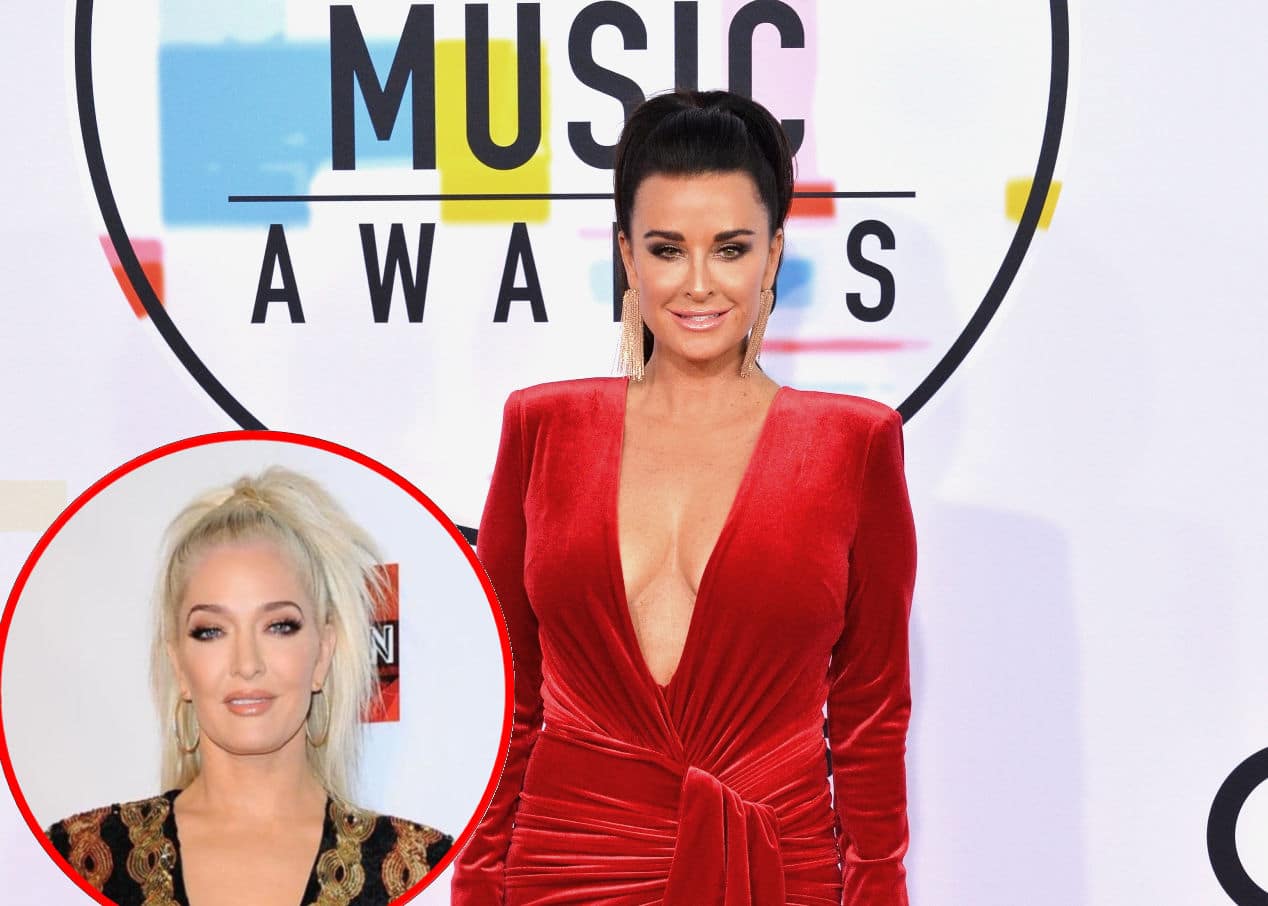 Kyle Richards just wrapped production on The Real Housewives of Beverly Hills and already, she’s being faced with questions about her potential exit from the show.

During a new interview, the longest-running cast member of the series spoke about her future on Bravo before dishing on the upcoming Peacock spinoff, Real Housewives: Ultimate Girls Trip, and revealing where she stands with Erika Jayne after being accused of spreading rumors about Thomas Girardi.

“Every year I think ‘Oh, it’s a given,’ but you kind of wait and see how you feel, and then, you know, they start bringing it up again to see where your head’s at. I’ve been here a long time,” Kyle admitted to the Pedestrian on October 7. “Eventually I’m gonna have to walk away.”

According to Kyle, filming with the RHOBH cast is more challenging than filming the Halloween series.

“Sometimes I think I’d rather hang out with Michael Myers than these girls [laughs]. I mean, it can be pretty scary,” she noted of the reality show. “They actually give me more anxiety than Michael Myers. When I was filming Halloween… I never felt tired! And then I’d fly back to LA to shoot the Housewives, and I would be so tired and crying and fighting.”

“Talk about stressful! That was the most exhausting thing I’ve ever done,” Kyle revealed. “Because we were filming, I think it was nine days, and there’s basically no breaks.”

Although filming was challenging, Kyle believes fans are “really going to like it and be entertained.”

“It’s a very different format than what we do on Beverly Hills. You know, they were coming in and asking me for interviews when I was like, just out of the shower with a coffee in my hand. I did some interviews with a towel on my head! There was no time for anything. It’s very raw like that.”

During a separate interview on E! News’ Daily Pop, Kyle addressed the RHOBH reunion and her relationship with Erika.

“A lot of questions were answered during the reunion, for sure, because it was really confusing for all of us, obviously,” Kyle shared. “I knew that [Erika] was upset with me because I had questions. It was confusing. Some of the things that were said and seen upset her, so we dealt with that at the reunion. But we’re OK now.”

Also during the appearance, Kyle revealed her scariest experience on the show was when Kim Richards and Lisa Rinna went to war in Amsterdam.

“What happened in that scene in season five, don’t want to go back there,” Kyle explained.