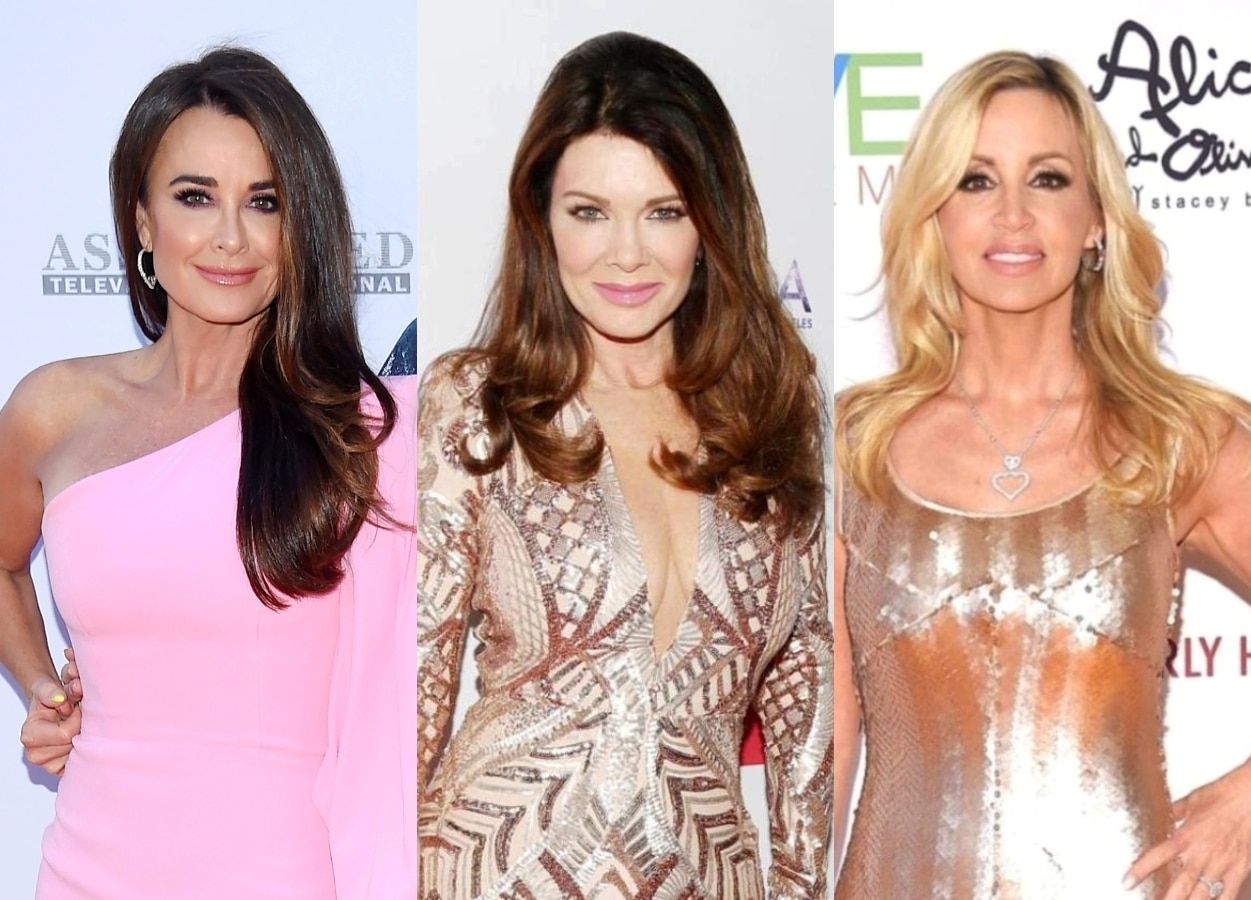 Have Lisa Vanderpump and Camille Grammer teamed up against Kyle Richards? That’s what Kyle seems to think after the two of them accused her of spreading rumors about Thomas Girardi‘s money troubles at Andy Cohen‘s baby shower in 2019.

After seeing that Camille had supposedly “set the record straight” by saying that Kyle told her Erika Jayne‘s estranged husband was “in trouble,” with Lisa adding that the “truth” had come out, the Real Housewives of Beverly Hills star clapped back at both of them.

After the Real Housewives Franchise on Instagram shared screenshots of Camille and Lisa’s comments, which had been posted on Twitter, Kyle accused them of being “contrived” and talking more about a show they are both no longer on than the current cast.

“This is so contrived. These two talking about RHOBH more than the ACTUAL cast does #thankyou,” Kyle wrote. 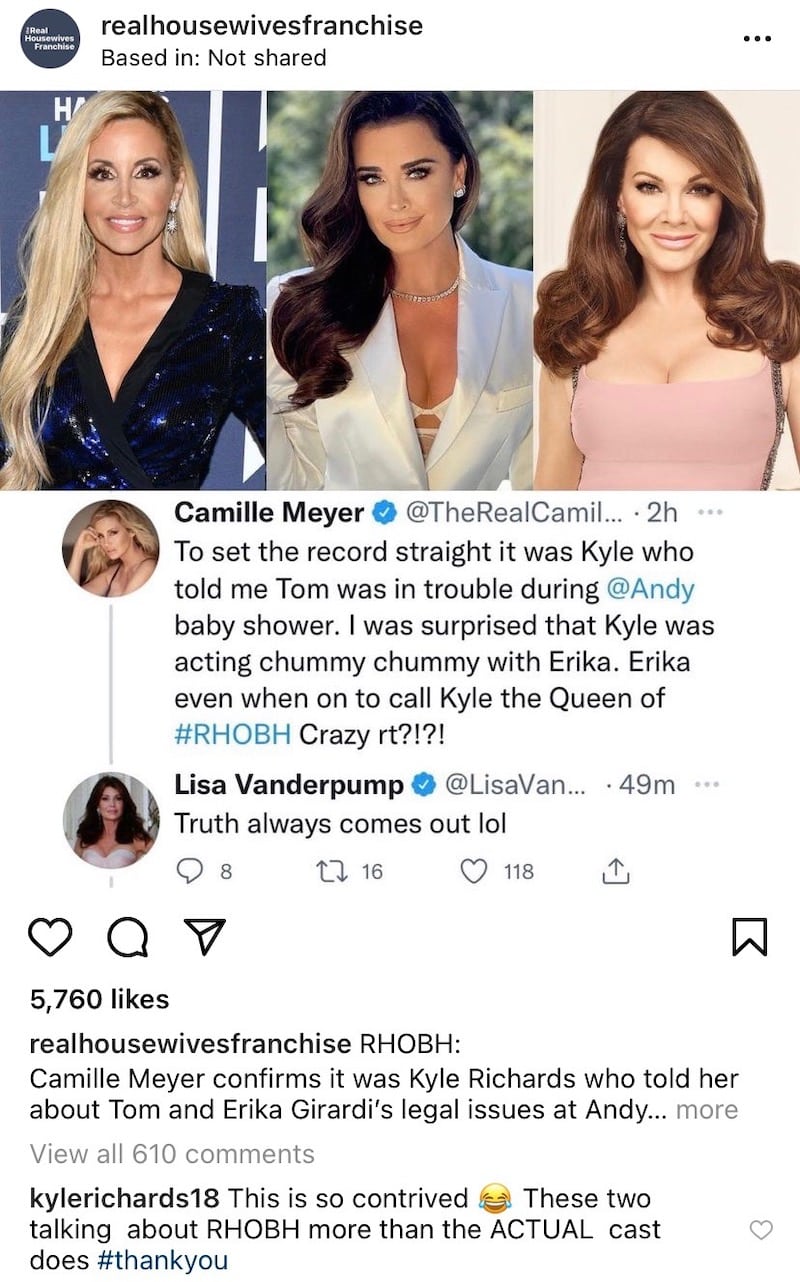 In a tweet shared earlier this week, Camille said, “To set the record straight it was Kyle who told me Tom was in trouble during [Andy Cohen’s] baby shower. I was surprised that Kyle was acting chummy chummy with Erika. Erika even [went] on to call Kyle the Queen of [RHOBH].”

As RHOBH fans may have seen, Bethenny Frankel revealed on an episode of her podcast last month that she had heard Thomas owed a lot of people money and was making bad business moves. Then, in a tweet, Camille said she was made aware of these rumors by a certain West Coast housewife who was a “good friend” of Erika’s.

Lisa then spoke to DailyMailTV, saying it “didn’t surprise [her] when Camille told me that it was Kyle that had told her the gossip about her supposed friend Erika Jayne” because “that’s how Kyle works.”

In response to Lisa’s claims, Kyle mocked her British accent while defending herself on Watch What Happens Live.

“I mean, Andy, I mean, I would never say something like this, ever. But one could argue perhaps that maybe her memory is fading along with her relevance,” she proclaimed. “Because she wasn’t even at the baby shower.”

After seeing the episode, Lisa reacted to Kyle’s diss by retweeting a message from a fan.

“Doesn’t the saying go that people who are good liars use jokes to deflect? Good job Kyle we believe you did start the rumors,” the message said.

RHOBH Live Viewing – This is also the live viewing thread for tonight’s finale episode of The Real Housewives of Beverly Hills season 11, which airs at 8/7c on Bravo. As the episode airs, feel free to post your thoughts below.