Home Real Housewives of Beverly Hills News Kyle Richards Addresses Lisa’s Claims of Spreading Erika Rumors and Suggests Her Relevance is “Fading” as LVP Responds, Plus a Source Speaks on the Drama

Kyle Richards Addresses Lisa’s Claims of Spreading Erika Rumors and Suggests Her Relevance is “Fading” as LVP Responds, Plus a Source Speaks on the Drama 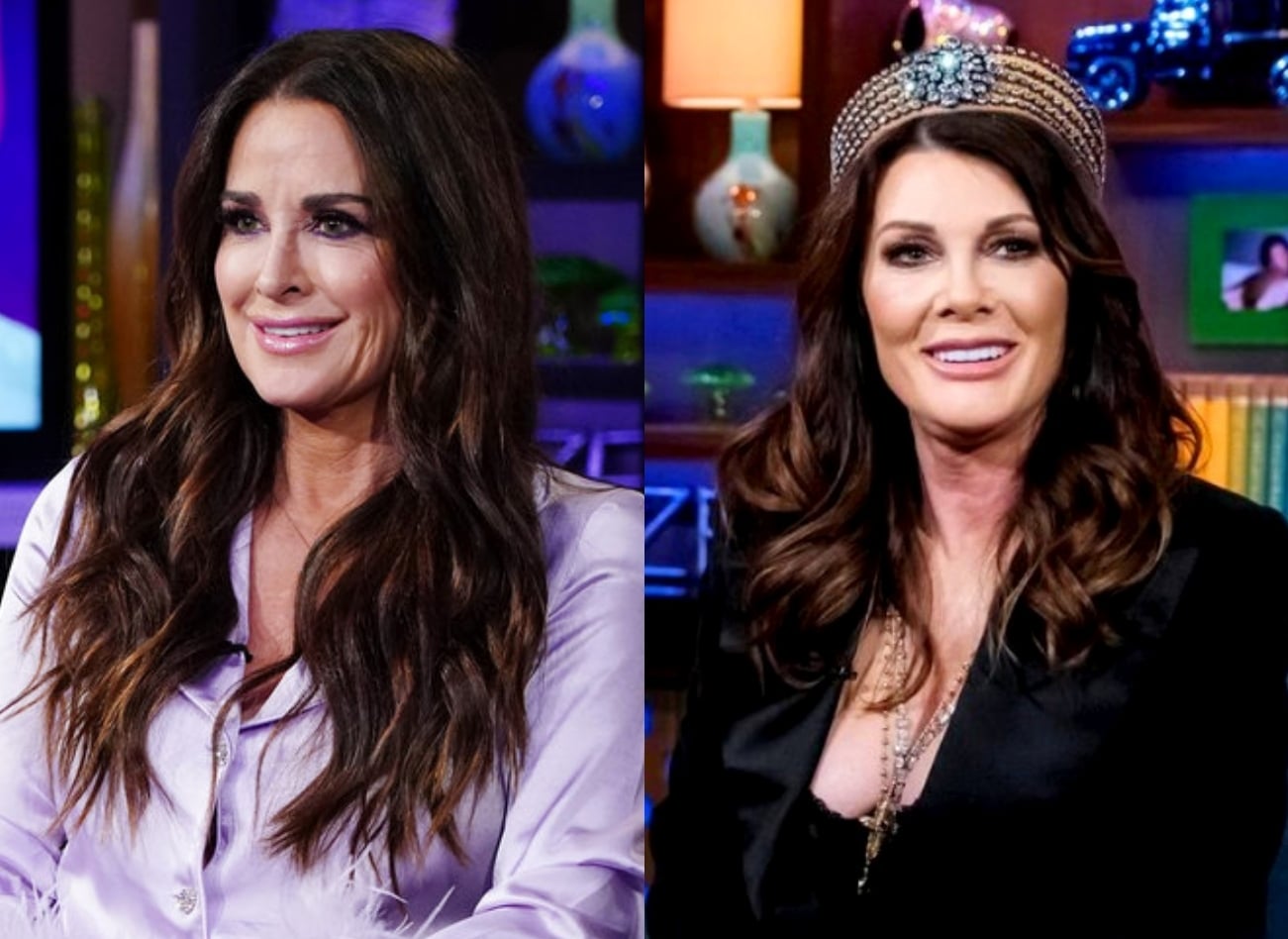 Kyle Richards took aim at Lisa Vanderpump’s recent claims that she was the one who spread rumors about Erika Jayne and Thomas Girardi‘s finances at Andy Cohen‘s January 2019 baby shower during Wednesday night’s episode of Watch What Happens Live.

After Lisa said Camille Grammer had told her that Kyle was sharing the reports about her “supposed friend” Erika at the party, the longest-running Real Housewives of Beverly Hills cast member poked fun at her ex-co-star by mocking her and suggesting her relevance is fading.

“Everyone who knows her texted me and said, ‘What a joke,’ including people involved in this, but I’m going to respond to that in a classic LVP manner,” Kyle revealed on the September 29 episode of WWHL.

“She wasn’t there!” Kyle added.

Not one to be called out without a clap back, Lisa quickly responded to Kyle’s diss on her Twitter page by sharing a retweet from a fan. 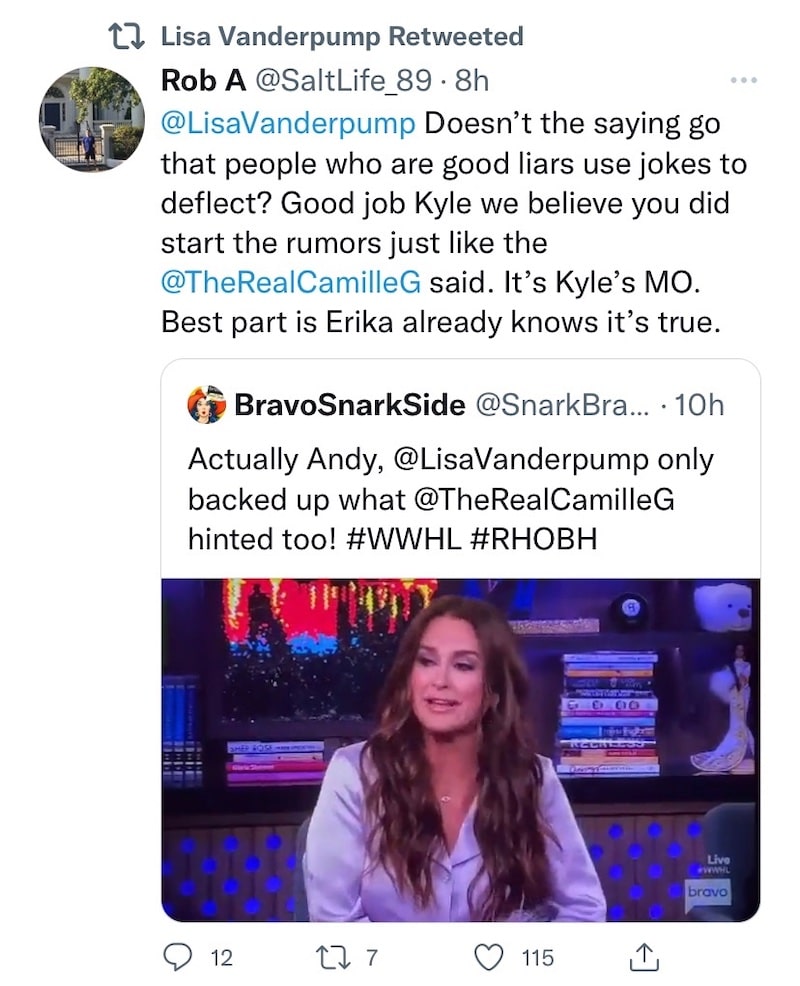 As Kyle spoke out on WWHL, an insider did as well.

“Lisa wasn’t even at Andy’s baby shower, she’d have no firsthand knowledge of the situation,” the source explained to Entertainment Tonight on September 29. “Lisa has a show to promote [Vanderpump Rules] and she’s obviously playing the game.”

Earlier this month, Camille claimed on Twitter that a West Coast housewife who was a “good friend” of Erika’s was the one who spread the rumors. A short time later, during an appearance on the DailyMailTV, Lisa said she wasn’t surprised when Camille informed her that Kyle was the culprit.

“That’s how Kyle works,” she alleged.

In addition to addressing the topic on WWHL, Kyle also reacted to Lisa’s claims on Instagram by laughing at a Bravo fan who suggested Lisa was targeting Kyle because she was trying to get attention on the day before the ninth season premiere of her spinoff, Pump Rules.