Camille Grammer Hints at Who Told Her About Erika Jayne Rumors, Reacts to Accusations of Kyle and Dorit Trying to “Break” RHOBH Cast Members 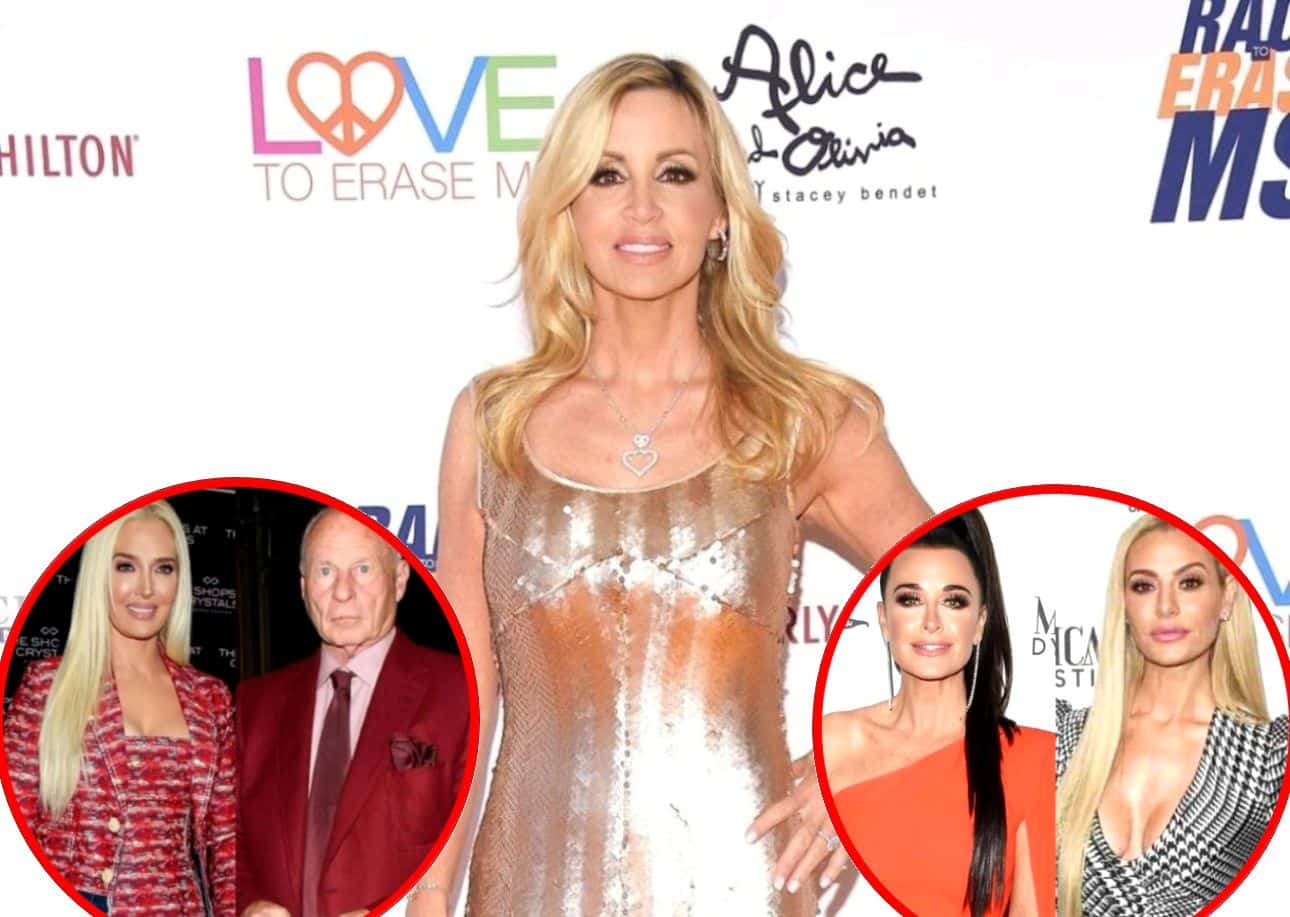 Camille Grammer is offering a couple of clues about who told her that Erika Jayne and Thomas Girardi were having money troubles years ago.

After admitting she initially heard at Andy Cohen‘s 2019 baby shower that Thomas and Erika weren’t doing nearly as well as they portrayed, the Real Housewives of Beverly Hills alum said the person who communicated the rumors to her was a Real Housewives star from the West Coast before reacting to Kyle Richards and Dorit Kemsley‘s alleged efforts to “break” certain cast members.

“Is there anyway you can tell us or hint to, which Housewife told you about Erika & Tom money issues at Andy’s Baby Shower?” Bravo Snark Side asked Camille on September 22.

“A west coast HW. A so called ‘good friend’ of hers,” Camille replied. 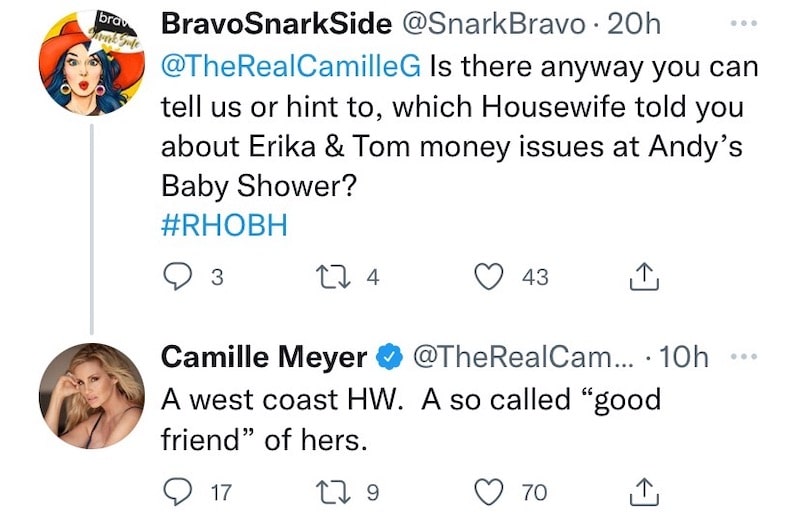 Following Camille’s tweet, many fans suspected she was referring to either Kyle, Dorit, or Lisa Rinna, while others said it could be former RHOBH cast member Teddi Mellencamp, who has coincidentally described Erika as a “good friend” on at least three separate occasions in recent weeks.

Most recently, earlier this month, Teddi applauded Erika as a “good friend” during an appearance on Us Weekly’s Getting Real with the Housewives podcast.

“I can’t imagine how challenging this has been for her. I’m proud that she’s been able to be so open,” Teddi said at the time. “I think Erika’s excellent at being a really good friend to other people and I think it’s hard for her to let people in.”

Also on Twitter, after Camille applauded Sutton Stracke and Garcelle Beauvais as “authentic and real,” she was met with a fan who suggested Kyle and Dorit were purposefully trying to “break” certain cast members.

“And a little vulnerable. I just hate how it seems (even in past seasons) that Rinna, Kyle and Dorit aren’t satisfied until they ‘break’ someone. That’s the perception,” the fan wrote, along with a confused face emoji.

In response, Camille agreed that it appeared that way during Wednesday’s episode of the show, which featured the ladies in a tense moment with Garcelle, who voiced that she was feeling left out by the group. But Camille believed all was well between the co-stars now.

“It came across that way in this episode. I’m sure they are fine now,” Camille replied. 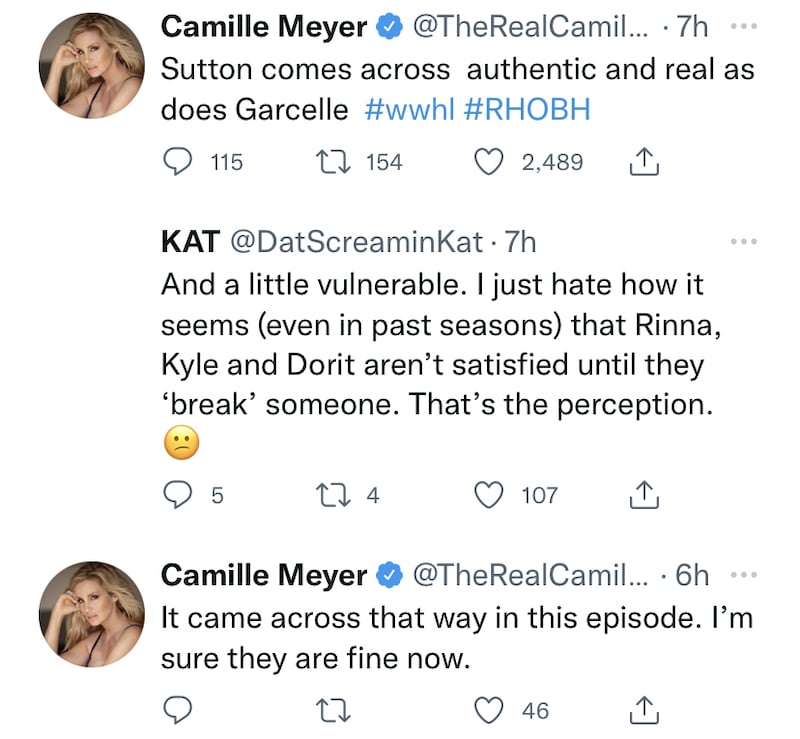