Home Real Housewives of Beverly Hills News Teddi Mellencamp Says Garcelle Complained to RHOBH Producers About Her, Shares What She Said and Slams Her as “Mean and Nasty” as Kyle Reacts and Praises Show for Being Tamer Than Other Cities

Teddi Mellencamp Says Garcelle Complained to RHOBH Producers About Her, Shares What She Said and Slams Her as “Mean and Nasty” as Kyle Reacts and Praises Show for Being Tamer Than Other Cities 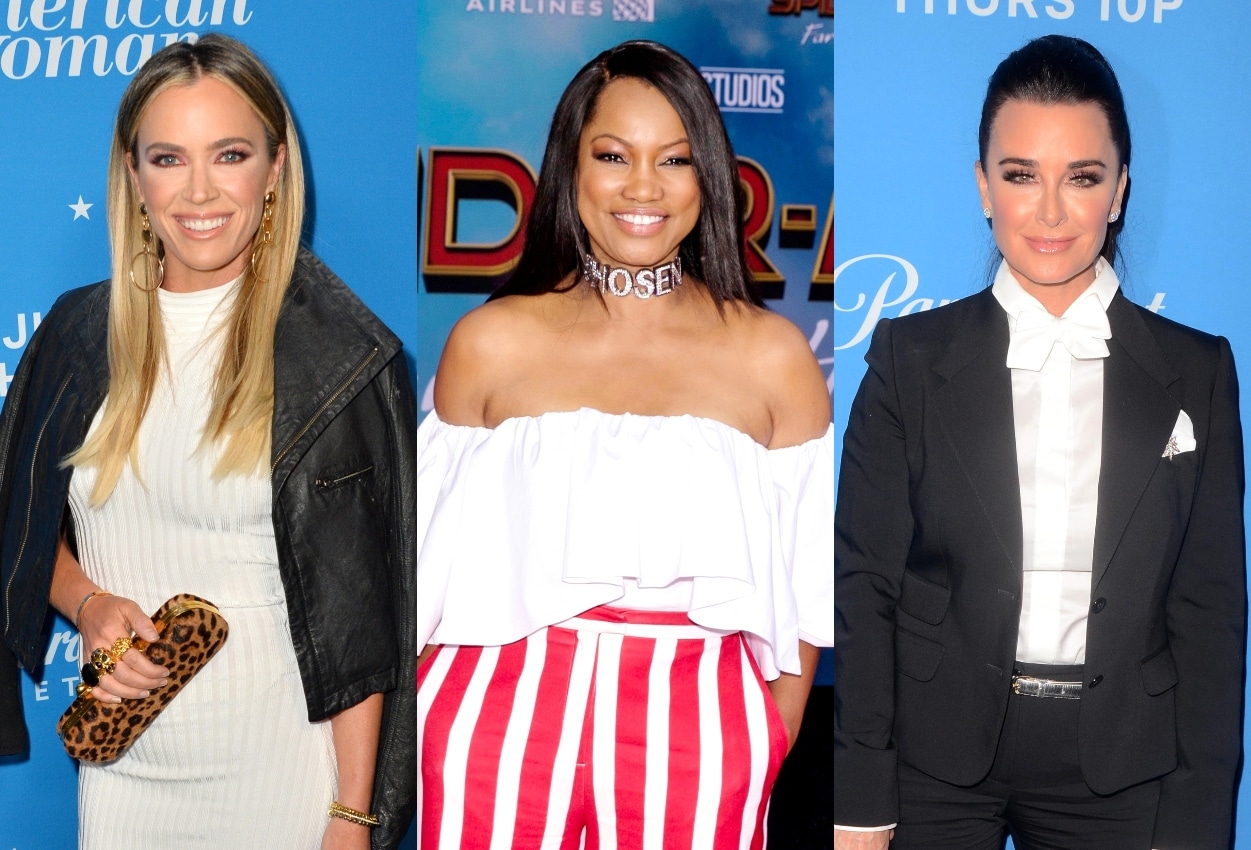 Teddi Mellencamp opened up about an off-camera comment Garcelle Beauvais made to her during Kyle Richards‘ holiday party on last week’s episode of The Real Housewives of Beverly Hills during Tuesday’s episode of her podcast.

In addition to revealing what she misses about the show, offering an update on her friendship with Erika Jayne, and questioning Sutton Stracke‘s concerns about her reputation, Teddi called out Garcelle for being “mean and nasty.”

“What you guys didn’t see, which really is what revved me up and turned into a whole thing at the table, is right after I said that thing about Erika… Garcelle yelled, she goes, ‘Why is she even here and why does she get to have an opinion?’” Teddi recalled on the August 24 episode of Teddi Tea Pod.

According to Teddi, Garcelle made the comment to production because “she knows they can’t use that.” However, after hearing the statement herself, Teddi fired back.

“I’m like, ‘Well, do I need to ask you when I can speak, Garcelle?’ It’s already hard enough when you are no longer a part of a show but you agree to go back in a small portion and then for somebody to dog you out and say that to you, it was not nice,” Teddi noted. “I have noticed with Garcelle, her thing is, she’ll say something kind of mean or nasty and then laugh afterwards like it’s a joke.”

Amid last week’s RHOBH, Teddi took to Instagram to poke fun at the “gnat” reference Garcelle made toward her on the show. She also sent Garcelle a text message but never heard back. Instead, Teddi pointed out, Garcelle chose to offer a public response on her Instagram post.

“That was not cool, to say the least,” Kyle, who was featured as a guest on Tuesday’s Teddi Tea Pod, agreed. “It was not nice. You were on the show for three years, you brought so much to that show and that comment, everybody was kind of shocked by that.”

Teddi confirmed she was fired from the RHOBH cast in September 2020. Looking back, she said she misses the fun times she had with her former co-stars.

“Of course I miss the good parts. I miss all the amazing places we traveled to, I’ll miss the experience we had in Provence. I’ll miss how much Kyle and I were able to laugh. But that being said, all those things are still possible because I’m still friends with the majority of the women on the show,” she explained.

As for a potential return, Teddi continued, “You never say never about anything but at this point in time I think everything happens for a reason.”

Although Teddi is no longer appearing alongside Erika in a full-time role on RHOBH, she’s remained in touch with her former co-star amid her legal scandal.

“Erika and I still talk,” she revealed. “Erika has always been such a good friend. She’s the first person to reach out if she knows you’re not feeling well or something’s going on and she is such a good listener and she gives great advice. But when it comes to her, she’s just not that open. So we want to be there to support her one million percent.”

Teddi then noted that while she and Sutton have “come a long way” since season 10, she doesn’t understand Sutton’s reasoning for distancing herself from Erika amid her hardships.

“You don’t sign up for a reality television show if you’re worried about your reputation. You just don’t. Your reputation isn’t going up from being a Housewife,” she said.

Also during the podcast episode, Kyle said she was grateful that their show was far tamer than other cities of the Real Housewives franchise.

“Thank God [RHOBH] is a little different. No one is physically hurting each other, ripping each other’s wigs off, whatever, or running around stark naked,” she stated.