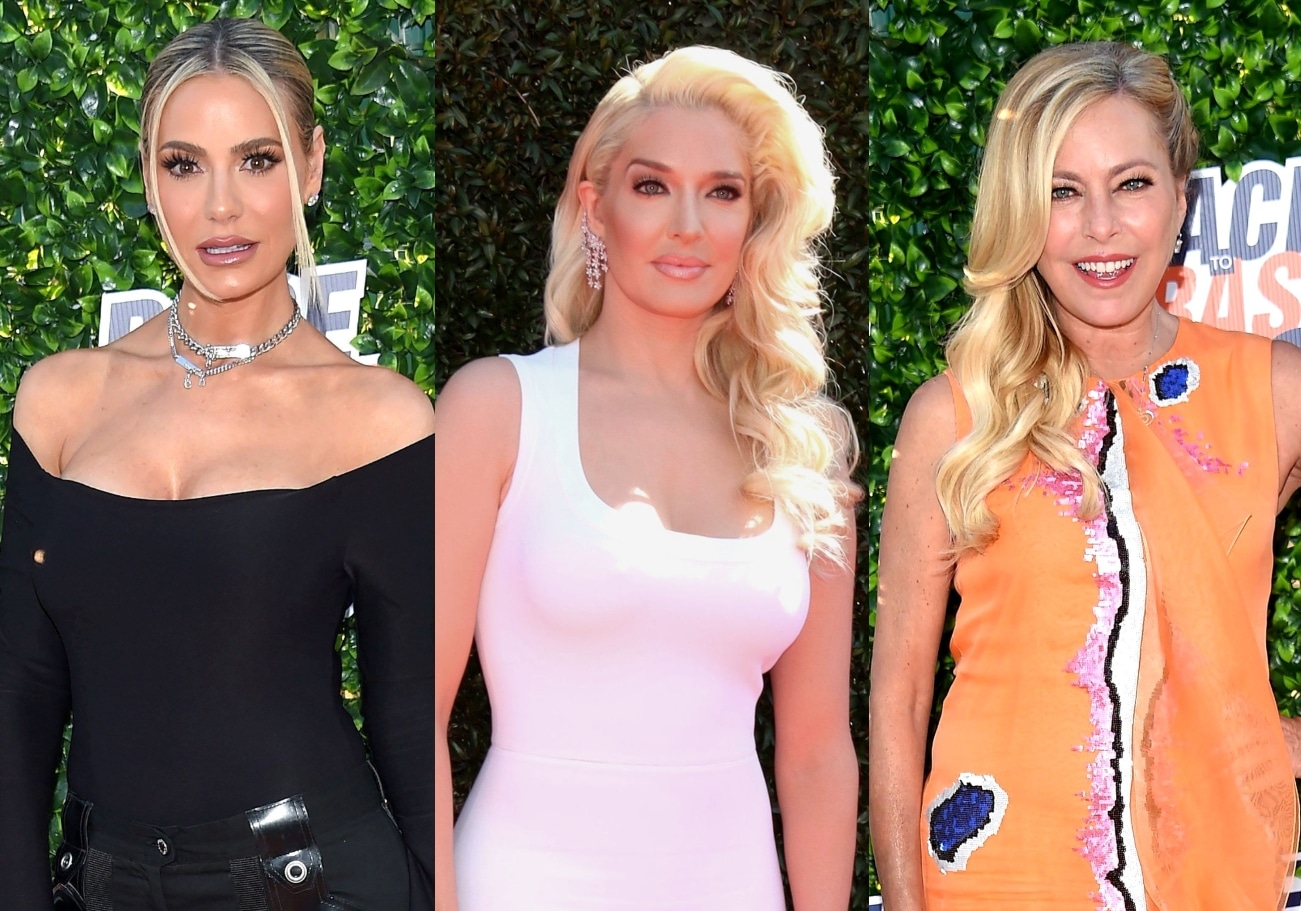 Dorit Kemsley is speaking out after being accused of being too easy on Erika Jayne at Kyle Richards‘ dinner party during Wednesday night’s episode of The Real Housewives of Beverly Hills.

Looking back at Kyle’s holiday event, Dorit explained why she was so gentle with Erika at the cast gathering as Sutton Stracke insisted that despite her many questions, she did not want to break Erika down during their heated debate.

“There was a few days between when all the girls were at my house and Kyle’s Christmas party and a few days, in this particular, with the situation, is like, a lot of time. So you’re kind of out of that hyper-emotional, hyper-nervous. You’ve had some time to rest and step out of it and re-evaluate,” Dorit explained.

While Dorit was quite critical and concerned about the allegations made against Erika and Thomas Girardi during the Erika-free meeting Sutton had called days prior, she was supportive and understanding at Kyle’s event. And, when it came to Dorit’s thoughts of reevaluation, Sutton echoed similar statements.

“I started to calm down a bit and not be so dramatic about it,” Sutton offered. “I am in a holiday mode and also, I am seeing our friend Erika walk in the door and she looks like a ghost of herself and thinking, ‘I can’t break this person tonight. I’m not going to do this.’”

Although the RHOBH cast continuously prompted Sutton to tell Erika about the concerns she had for herself and their friend group, Sutton didn’t want to be too hard on Erika as she continued to be hit with new information regarding the many crimes Thomas was accused of committing against former clients.

“I can feel from her, this fragility and this worry. So, when I bring up questions, because I was kind of pressured to do that, I asked three difficult questions to Erika that night and they were the most important questions that I wanted answered that night,” she explained.

During another segment of the RHOBH: After Show, Dorit admitted she was nervous going into Kyle’s party.

“There were some nerves clearly surrounding the conversation we had to have with Erika where we could explain that we got together without her and these were some of our questions and worries,” Dorit shared. “You can kind of see that Erika was really like a shell of herself. She had the weight of the world on her shoulders and she was not the Erika you’re used to seeing. She seemed more broken.”

While a number of cast members had serious questions for Erika in regard to the $80 million Thomas claimed to have squandered, as well as his mental state, Dorit began feeling anxious after seeing how on-edge Erika was.

“I remember when I started to have terrible anxiety about having the conversation with her. To me, there’s very much a time and a place and you have to read the situation, read the room, and I care about this person, as well, and when someone’s down, kicking them when they’re down, you have to be a certain kind of person to be able to do that,” she noted.

Still, Dorit added, “At the same time, you still have to have these conversations because it did happen and you have to be honest and you have to clear the air. You could cut the tension with a knife.”