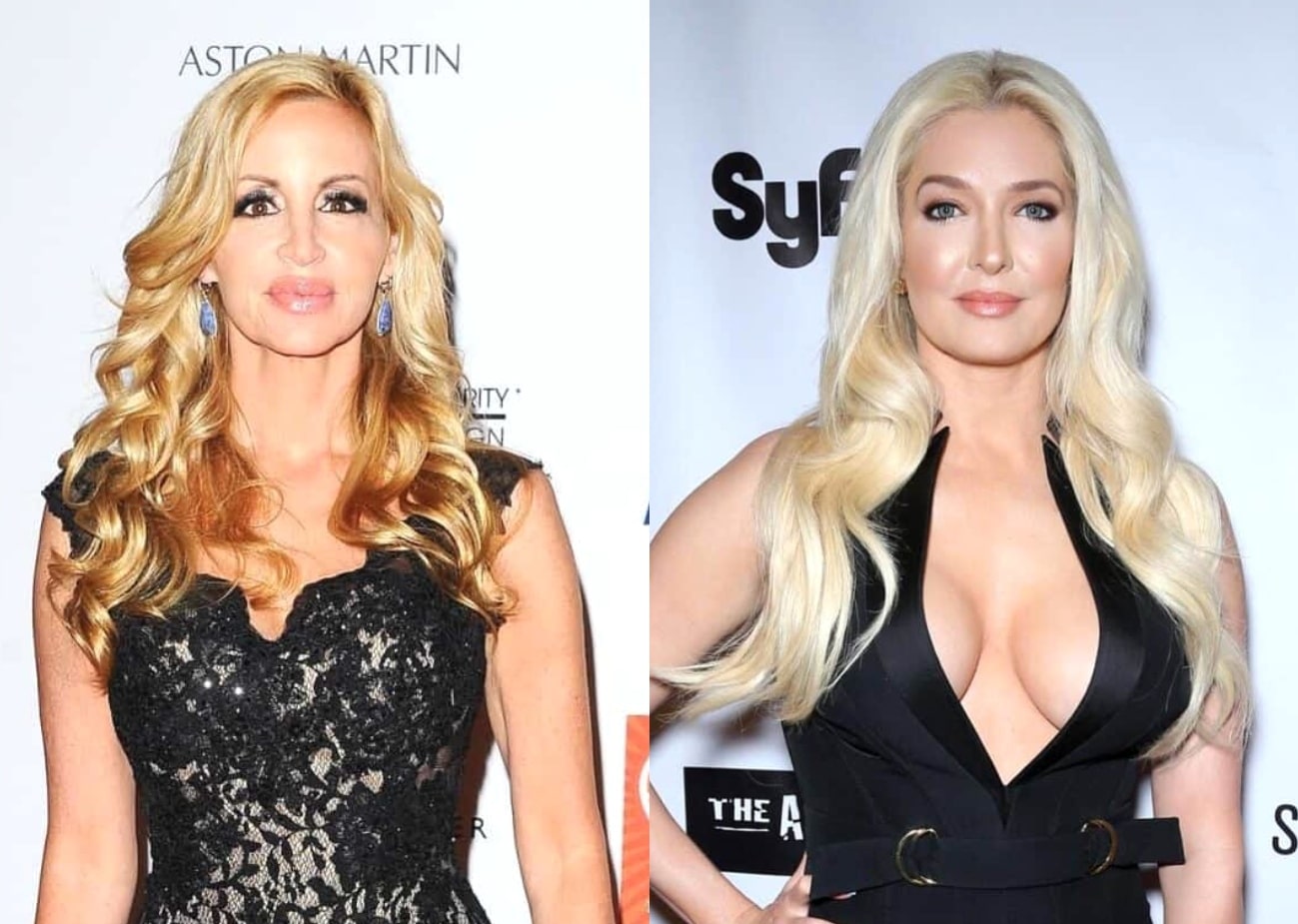 After Real Housewives of New York City alum Bethenny Frankel came forward on her podcast, claiming to have known about Thomas’ alleged fraud since 2017 and revealing she told both Kyle Richards and Lisa Rinna that Erika didn’t have the money she was portraying on The Real Housewives of Beverly Hills, Camille responded to a fan who wanted to know when she learned of the couple’s reported crimes.

On September 18, a fan asked, “Camille, did you hear of the Tom and Erika rumors before she came on the show?”

“Yes,” Camille replied. “One of the housewives mentioned it at Andy’s baby shower.”

(Erika joined the RHOBH cast in 2015, four years prior to Andy’s baby shower.) 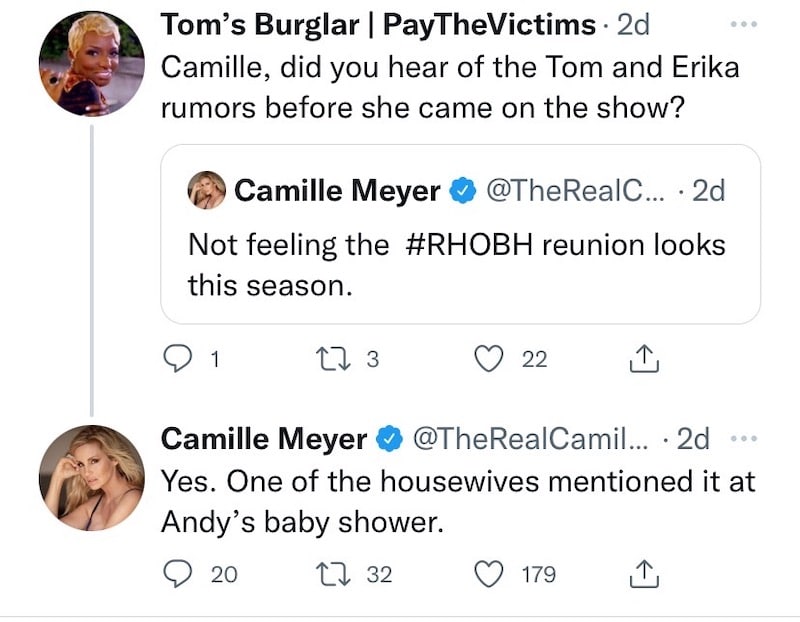 During an episode of her podcast earlier this month, Bethenny claimed to have learned about Thomas’ bad financial moves from her late fiancé, Dennis Shields.

“Dennis said to me, ‘He doesn’t have it like that. He owes me money. He owes me half a million dollars. I know this other guy [and] he owes him a million and a half dollars. He doesn’t have money, he owes everybody money!’” she recalled. “And I go, ‘What are you talking about? How does she fly around on the big plane and small plane?’ And he said, ‘It’s because he’s using people’s money to support her lifestyle. He’s using the company’s money to support her lifestyle.’”

Also on the show, Bethenny confirmed she told Andy what Dennis had told her.

Thomas is accused of owing millions to former clients and creditors, and his estranged wife Erika is being sued for $25 million amid allegations of helping him embezzle money and receiving fraudulent transfers.

In another series of tweets, Camille reacted to the season 11 reunion looks of the RHOBH cast.

“Not feeling the [RHOBH] reunion looks this season,” she wrote on September 17.

Then, when one of her followers said they liked Kathy Hilton‘s look, describing it as “very timeless and classy,” Camille failed to acknowledge the compliment and instead turned the attention to the series’ newest cast member, Crystal Kung-Minkoff.

“Crystal’s dress is classy,” she stated. 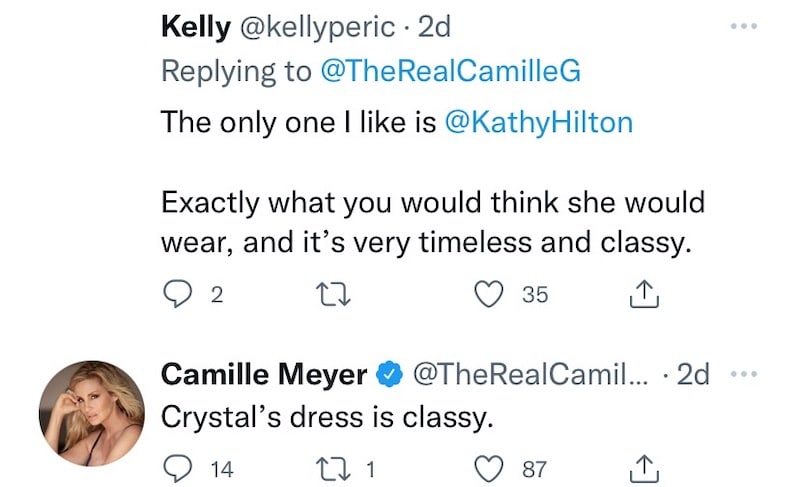