Home Real Housewives of Beverly Hills News Teddi Mellencamp on Why Bravo Fired Her From RHOBH, Talks Dreams of Hosting a Talk Show and What She Won’t Miss About Series, Plus Why She Didn’t Attend Stassi Schroeder’s Wedding 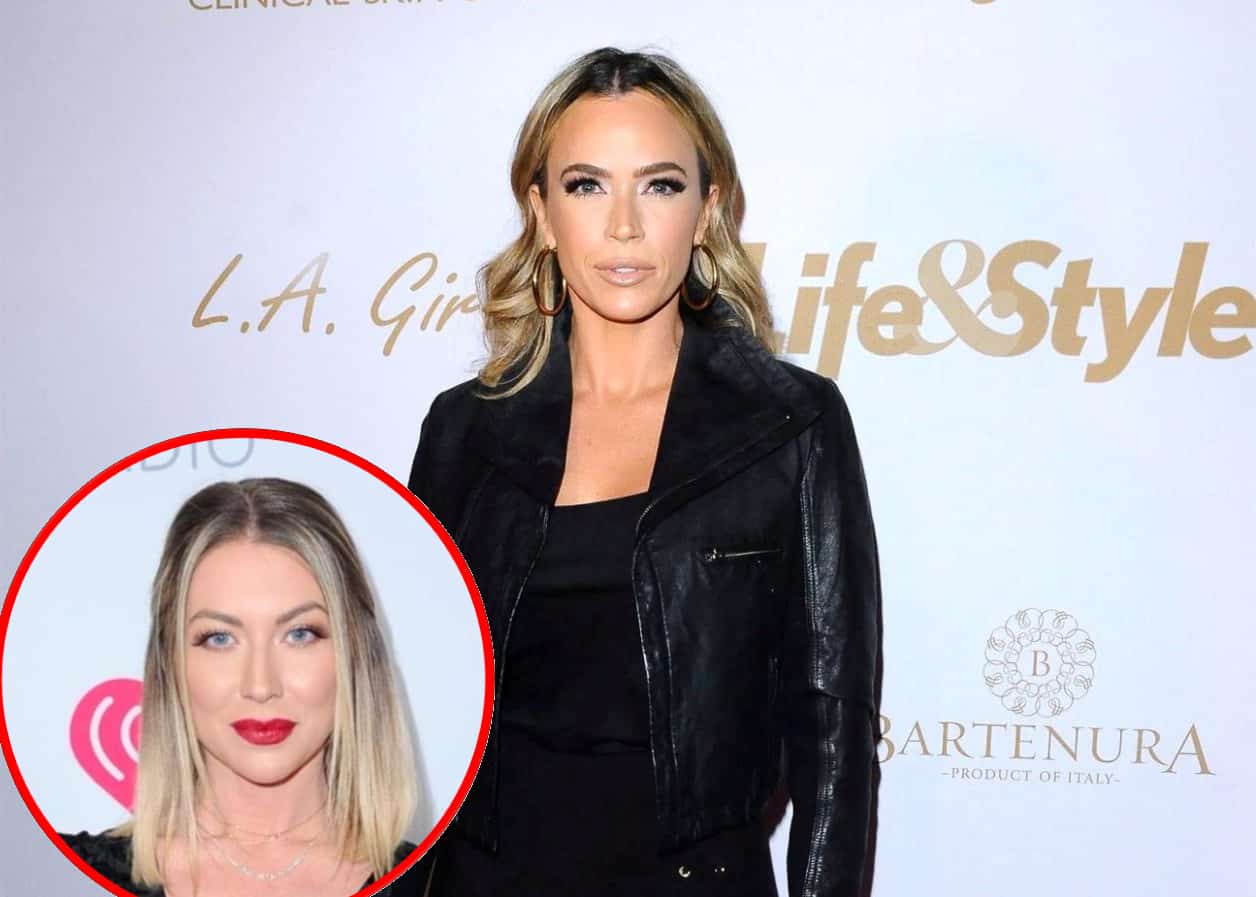 Teddi Mellencamp opened up about her exit from The Real Housewives of Beverly Hills once again during a recent podcast appearance.

Just under a month after confirming her contract was not renewed for season 11, Teddi revealed why she believes she was fired before sharing her ultimate TV dream, revealing if she was in attendance when Vanderpump Rules couple Stassi Schroeder and Beau Clark wed, and offering an update on her daughter Dove, who underwent neurosurgery months ago.

“I think it’s because you didn’t see a lot of me, other than in drama this year,” Teddi told Us Weekly of why she was axed on their Getting Real with the Housewives podcast. “If you only see me when I’m in an argument, it’s hard to see the whole picture. I wish we could have seen more of the fun stuff but it’s a TV show.”

Although Teddi didn’t get the best portrayal during season 10, which resulted in plenty of online backlash, she believes she “came out [of the show] unscathed.”

“My kids are healthy and happy and my marriage is good and my friendships are good,” she said.

As she moves on from the series and focuses on different things, Teddi claims she won’t miss the downside of production.

“Nobody loves to live in [an] anxious state. I’m not a combative person [and] I don’t like being in turmoil,” Teddi explained. “So that anxiety part, I’m so happy to not be a part of. Of course, there is a sadness when it comes to the rest of the girls and the crew and the people I spent over three years of my life with. But the true friendships are going to still be there whether I’m on the show or not.”

After revealing she is open to the possibility of returning to the RHOBH in a “friend” role, Teddi said that in an ideal world, she will eventually be back in front of the cameras as a talk show host.

“My ultimate dream, just to put it in the universe, is I would love to be on a morning show or do something like that,” she shared.

While Teddi and her husband are close friends of Stassi and Beau, she confirmed on the podcast that she did not attend the former Pump Rules cast members’ September wedding because she “was out of town” and noted that Stassi is doing “amazing” as she prepares to welcome her first child in January.

“I love her so much. She’s going to be such a wonderful mom. I’m so excited for Stassi and Beau. She’s definitely a glowing mommy to be,” Teddi shared.

As for the health of her daughter, who she shares with her husband, Edwin Arroyave, Teddi said Dove is currently wearing a DOC band, or helmet, to treat her lambdoid craniosynostosis.

“The first couple days, it’s a little rough because they’ve got to get used to their skin and it being hot but she’s doing great,” Teddi shared. “She’s a fighter. I’m glad we caught [the condition] when we did because had we not, we’d be in an even tougher situation.”

Teddi also revealed Dove is now able to “walk in the walker” and is “blabbering all the time.”