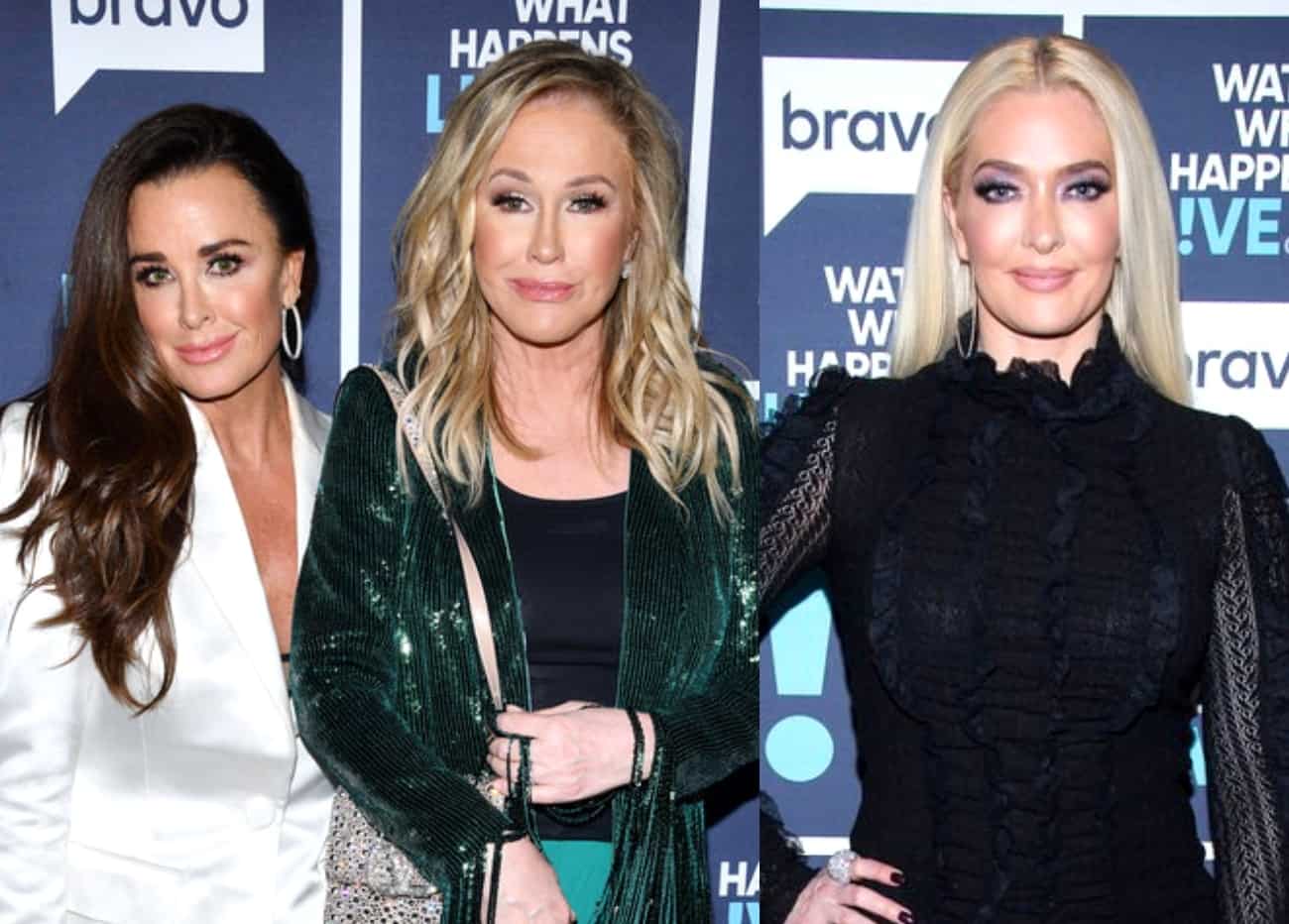 Kyle Richards and Kathy Hilton recently interviewed one another, and during their conversation, they spoke about a number of topics pertaining to The Real Housewives of Beverly Hills.

In addition to reacting to the shocking text message Erika Jayne sent after filing for divorce from Thomas Girardi, Kyle revealed what surprised her most about her older sister’s debut season before Kathy admitted to being annoyed by one housewife in particular and seemingly confirmed plans for a spinoff with Kyle and Kim Richards.

“I was very shocked because we had just been with her in Lake Tahoe and it seemed like everything was fine,” Kyle admitted to Kathy during their joint interview for Entertainment Tonight on June 28. “Getting that text, I was really, really shocked and blown away. It just seemed so out of left field because it wasn’t a build-up and you thought, ‘Okay, it’s coming soon.’ So that’s what surprised me the most.”

Meanwhile, Kathy said she noticed that Erika was “a little reserved” during their girls’ trip to Lake Tahoe.

“[Erika] can be reserved but she can also be fun. But she definitely has a little wall around her,” Kyle agreed.

When Kathy proceeded to question her sister about what surprised her most about her first official season on RHOBH, Kyle said she was taken aback by just how comfortable Kathy was in front of the cameras.

In addition to feeling that Kathy was great on the show, Kyle said she “fit in perfectly” with their castmates.

“I think you fit in perfectly,” Kyle declared. “It’s so funny because you already had a relationship with some of the women but you got to come in and avoid all the drama. I mean, you were there for the drama but it was interesting to me to see you come in and be like, ‘Oh my gosh, this is so much fun. I love this! What is all the stress for?’”

“I really didn’t think you were going to butt heads with anyone. I mean, maybe some could get on your nerves, perhaps,” Kyle continued.

At that point, Kathy admitted that she was especially annoyed by one of her co-stars but declined to say who.

“One did, but I really like her. I would never say [who] and let’s put it this way, if it happens again, you’ll find out,” she teased.

As for a potential spinoff with her sisters, Kathy said, “Absolutely. I think that’s a plan.”