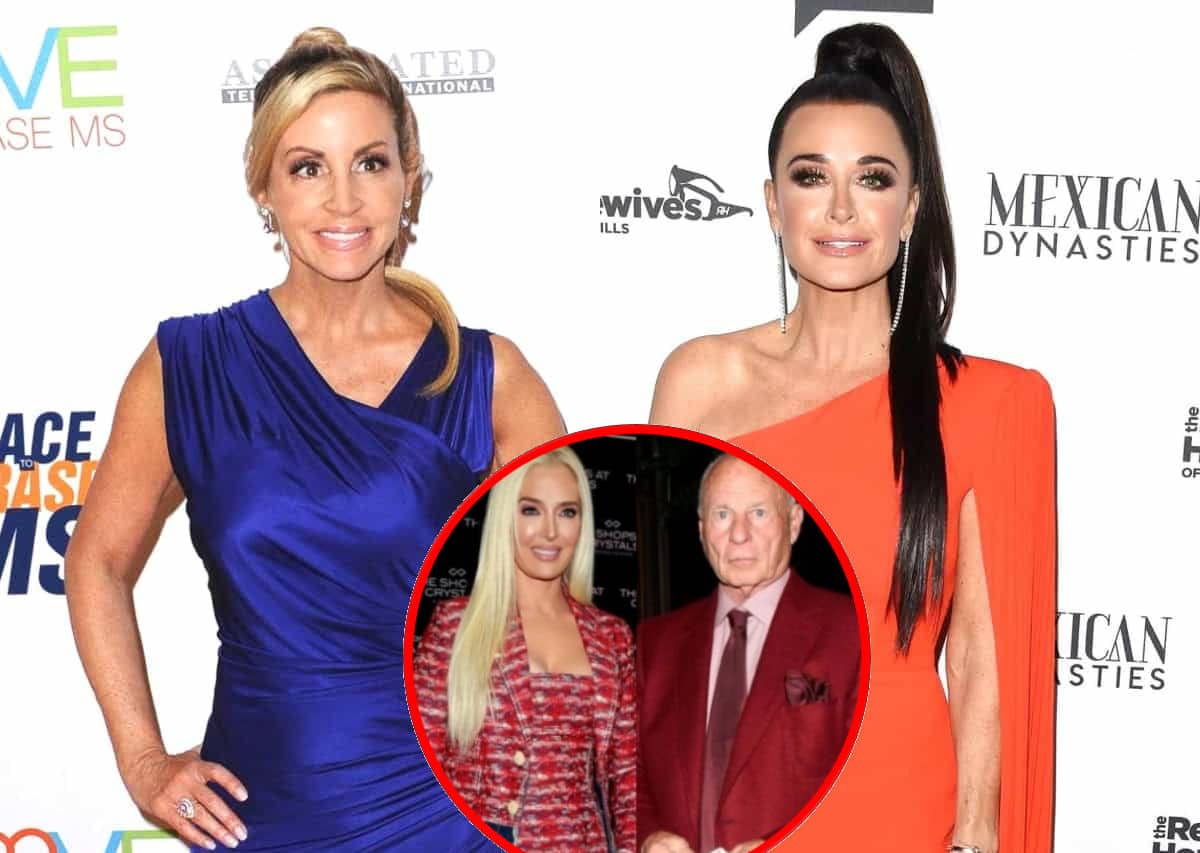 Camille Grammer is setting the record straight about who told her Thomas Girardi was having financial trouble in 2019.

After Kyle Richards appeared on an episode of Watch What Happens Live last week to deny having spread the rumors, the former Real Housewives of Beverly Hills star reacted to comments she made on the show on Twitter before clapping back at a fan who slammed her for obsessing over a series she’s no longer on.

Along with a clip from the episode, which featured Andy Cohen questioning Kyle about Lisa Vanderpump‘s accusations against her, a Bravo fan page pointed out that Lisa had only repeated what Camille had alluded to in regard to Kyle supposedly sharing the rumors about Thomas and Erika Jayne at Andy’s baby shower.

“To set the record straight it was Kyle who told me Tom was in trouble during [Andy Cohen’s] baby shower,” Camille clarified. “I was surprised that Kyle was acting chummy chummy with Erika. Erika even [went] on to call Kyle the Queen of [RHOBH] Crazy [right]?!?!” 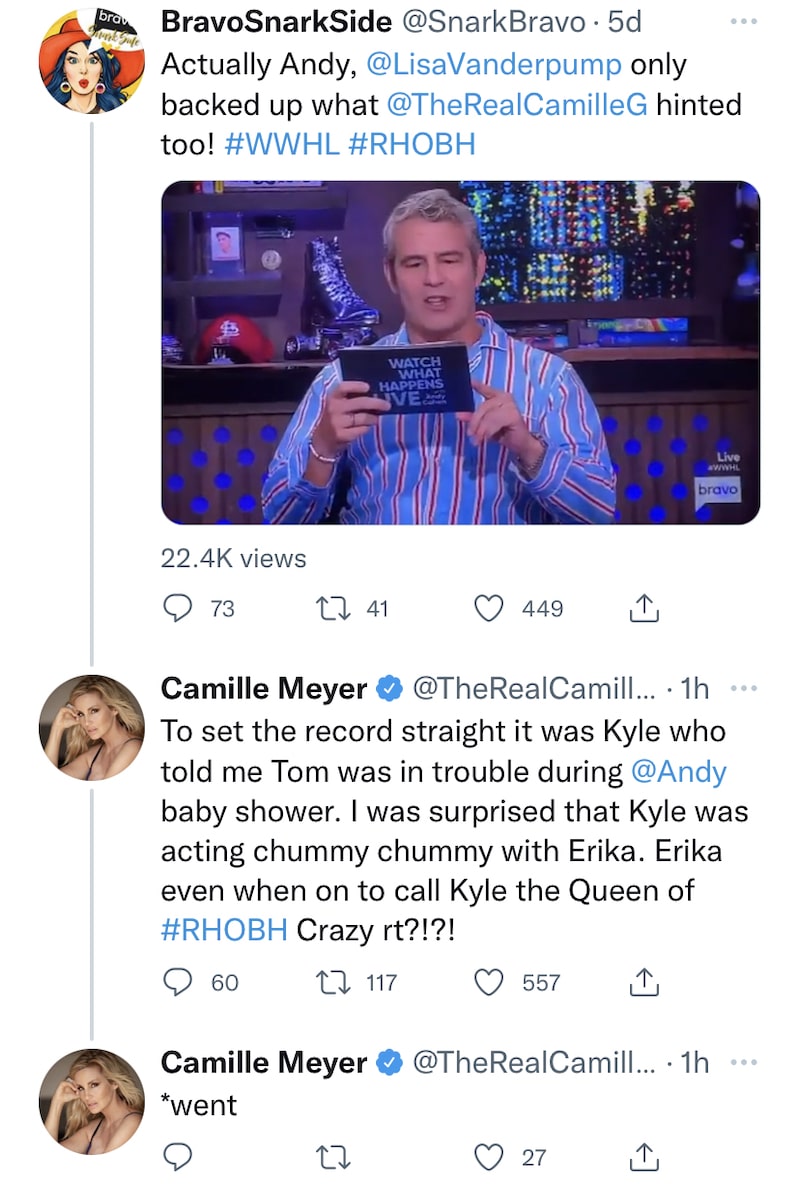 After Camille shared the tweet, Lisa reacted with a post of her own, which read, “Truth always comes out lol.”

During her appearance on last week’s WWHL, Kyle reacted to Lisa accusing her of spreading rumors about her “good friend” Erika’s finances.

“Everyone who knows her texted me and said, ‘What a joke,’ including people involved in this,” Kyle explained, adding that Lisa “wasn’t there [at the baby shower]!”

She then confirmed it was Bethenny Frankel who initially discussed the rumors with her.

Following the episode, Lisa took it upon herself to respond to Kyle via a retweet from a fan.

As Real Housewives fans may have heard, Bethenny went public last month with claims of having heard about Thomas’ money troubles from her late-fiancé. Dennis Shields.

Also on Twitter on Tuesday, Camille fired back at a fan who told her that “all [she does] is obsess over a show who clearly doesn’t want [her] back.”

“I didn’t want to go back. I told the producers a couple of years ago,” Camille replied. 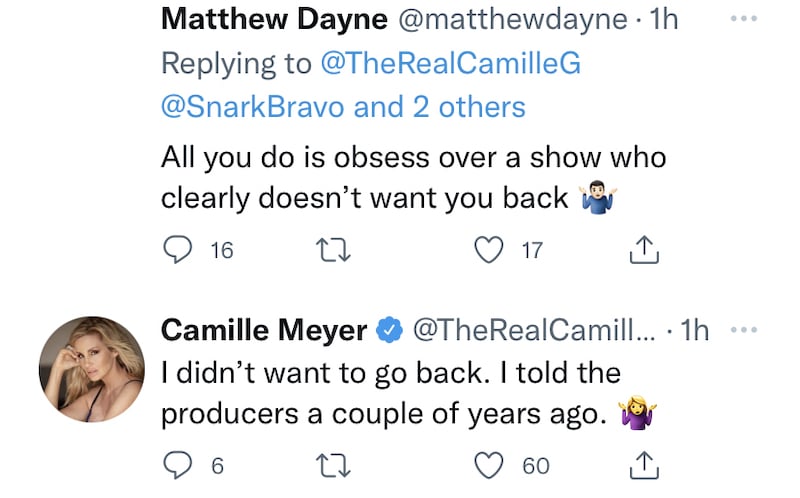