Home Real Housewives of Beverly Hills News Kyle Richards Claims Camille Grammer Wasn’t Asked to Return to RHOBH Next Season and Explains Why as Fan Suggests She is a “Behind-the-Scenes Producer,” Plus Live Viewing Thread!

Kyle Richards Claims Camille Grammer Wasn’t Asked to Return to RHOBH Next Season and Explains Why as Fan Suggests She is a “Behind-the-Scenes Producer,” Plus Live Viewing Thread! 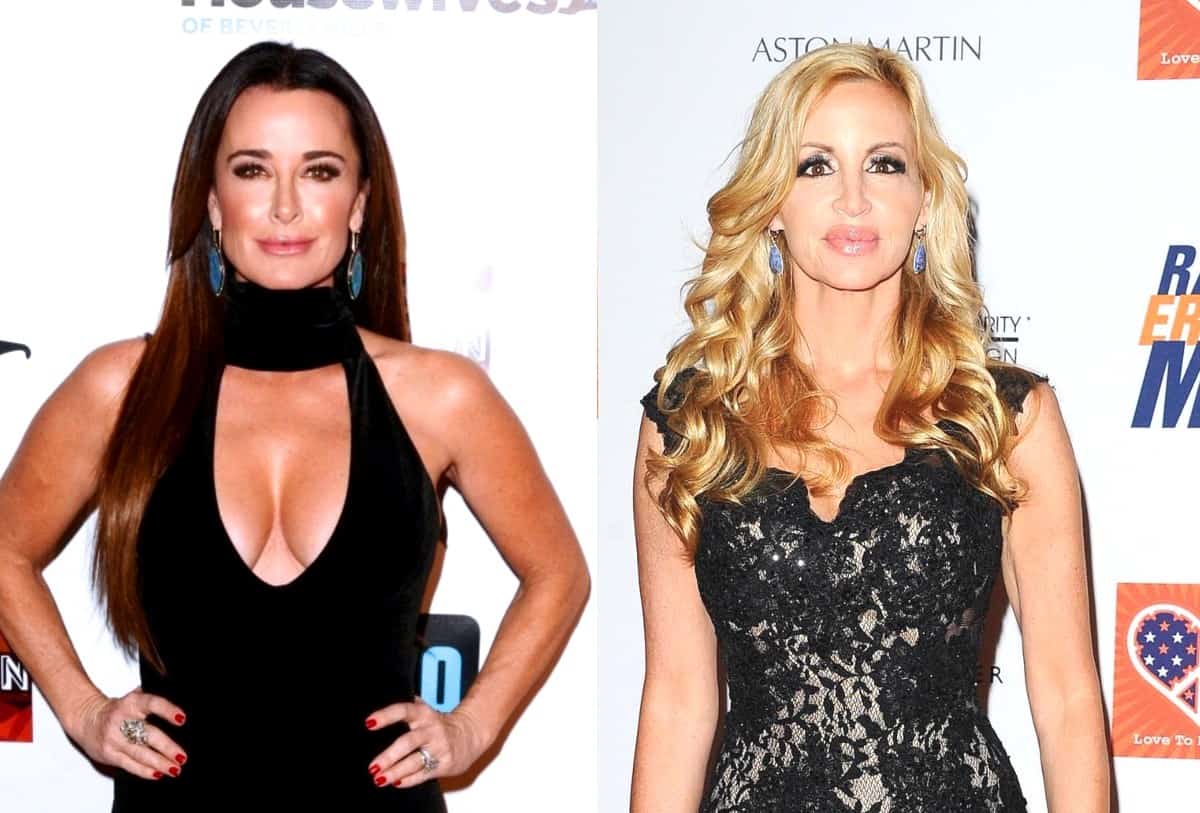 Kyle Richards claims Camille Grammer will not be included in the upcoming 11th season of The Real Housewives of Beverly Hills.

After engaging in a Twitter feud on September 15, during which Kyle told Camille told to “move on” from the show and “get a life,” Kyle confirmed Camille will not be seen on the new episodes before explaining why her potential return would not make sense for the series.

“Camille, you really need to move on and get a life. Teddi has helped so many people and changed their lives. What are you doing everyday? Tweeting about RHOBH? You befriend whoever you think will get you a [diamond]. Talk about a mean girl,” Kyle had written to her ex-co-star.

Following the post, a Real Housewives fan encouraged Kyle and Camille to bring their online drama to the new season.

“But she won’t be there,” Kyle replied. 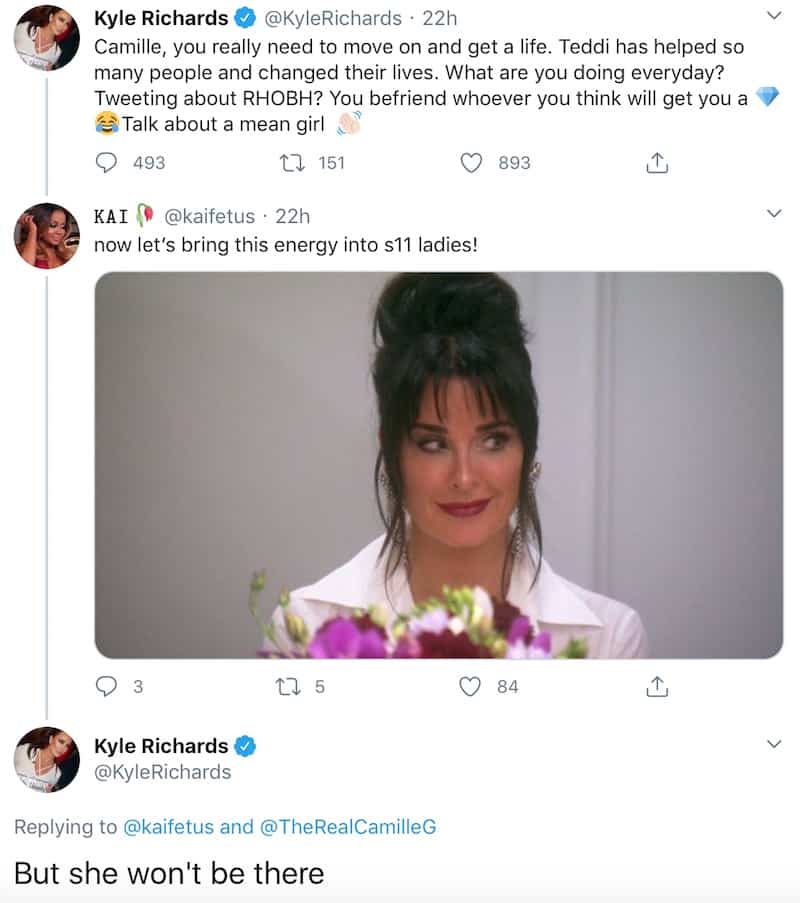 After seeing the post, one person pointed out that Camille had “expressed firmly” that she does not want to come back to the show.

“Because she was not asked to be,” Kyle explained.

While a third fan suggested that Kyle had more pull when it came to casting than she admitted, and she was potentially a “behind-the-scenes producer” of the show, Kyle shot down the idea before explaining the real reason Camille won’t be brought back.

“I don’t make those decisions but she has burned every bridge so…” she told the fan.

As RHOBH fans may recall, Camille confirmed she would not be returning to the show last year before ultimately reuniting with her co-stars that November to film a series of cameo roles for season 10.

At the time of her temporary exit from the series, Camille claimed she did not want to return due to the way she was treated at the season nine reunion before accusing Kyle of banning her from going back, which Kyle denied.

RHOBH Live Viewing – This is also the live viewing thread as the Real Housewives of Beverly Hills season 10 concludes with the finale episode of the three-part reunion special at 9 p.m. on Bravo.