Home Real Housewives of Beverly Hills News Camille Grammer Shades RHOBH Cast After Being Left Out of Rome Trip, Says She Can’t Always Be the One Who Saves Show Plus Why She Decided to Return

Camille Grammer Shades RHOBH Cast After Being Left Out of Rome Trip, Says She Can’t Always Be the One Who Saves Show Plus Why She Decided to Return 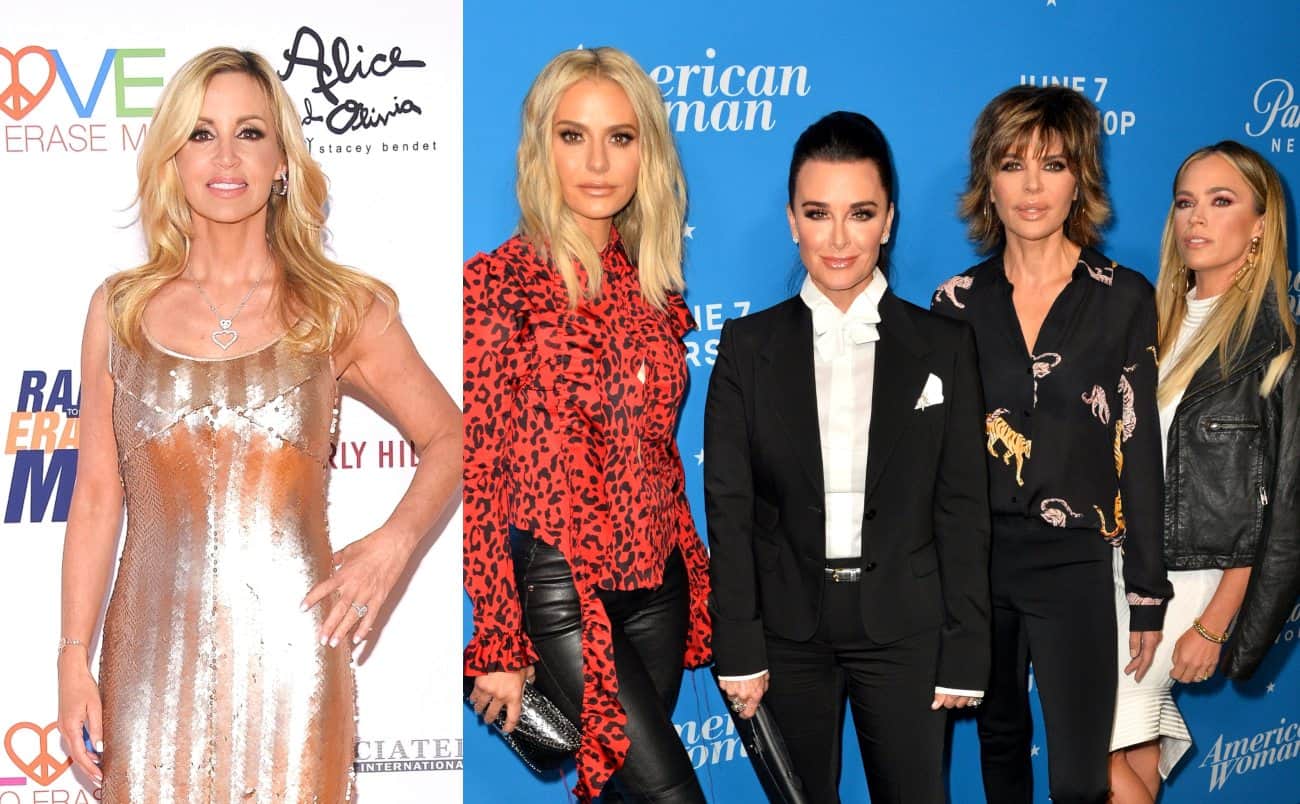 Camille Grammer recently returned to production on The Real Housewives of Beverly Hills after previously telling her fans and followers on Twitter that she had no interest in going back due to the way she was treated at the season nine reunion. So, what prompted her change of heart?

Weeks after Camille reunited with her co-stars for filming on season 10 at a party thrown by Kyle Richards, a report has revealed why Camille decided to go back to filming. Plus, Camille also threw some shade at her co-stars while attending Lisa Vanderpump‘s Fourth Annual Vanderpump Dogs Gala.

“Camille Grammer’s return to RHOBH shocked everyone, but Camille felt she had unfinished business to do on the show so she accepted the offer to come back,” an insider explained to Hollywood Life on November 26. “It really was a no-brainer for her. None of the cast members actually thought she would return. She doesn’t need the money, but Camille likes to stay out there.”

According to the report, Camille will be joined by a number of former RHOBH cast members on season 10.

“Not only is Camille back, but [Brandi Glanville] and [Kim Richards] have filmed a handful of times and will film more when the ladies return from Rome after Thanksgiving,” the insider continued.

In addition to Camille’s return, viewers of RHOBH will be seeing a reconciled friendship between Kyle and Brandi.

“Kyle and Brandi have completely buried the hatchet and moved on and are actually friends now who actually laugh together and hangout,” the source shared. “Nobody knows their exact roles yet, but it’s looking like they all will be involved in some story lines. Kyle would actually like to see Brandi eventually come back full-time. They’ve built a real friendship and realize they really like one another.”

While attending Lisa’s gala last week, Camille confirmed she was not sad about being left out of the cast’s trip to Rome, Italy. Then, she dissed her fellow castmates.

“The girls need to bring it themselves. I can’t be the one to save it all the time,” she stated.