Home Summer House ‘Summer House’ Andrea Denver Confirms He Has a Girlfriend, Explains Why He Rarely Speaks to Paige DeSorbo, Plus Wishes Craig Would’ve Been “More Open” About Relationship

‘Summer House’ Andrea Denver Confirms He Has a Girlfriend, Explains Why He Rarely Speaks to Paige DeSorbo, Plus Wishes Craig Would’ve Been “More Open” About Relationship 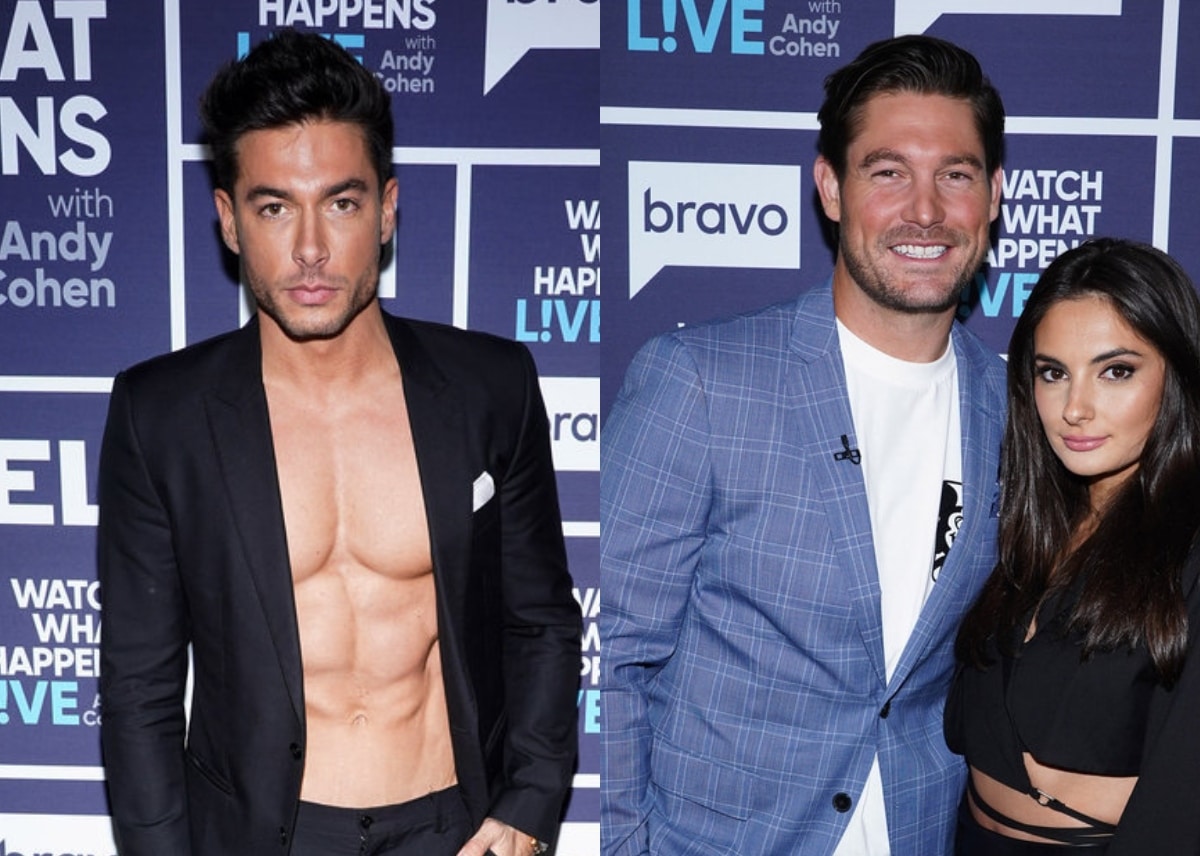 The love triangle between Summer House and Winter House stars Andrea Denver, Paige DeSorbo, and Craig Conover has officially come to an end. Andrea recently broke the whole situation down by saying everything is copasetic between the three and he has already moved onto a new relationship of his own.

Speaking to Page Six, Andrea wishes nothing but the best for Craig and Paige’s relationship. He always strives to be “respectful” when there’s a “lady involved” as he admits he and Paige rarely speak to one another anymore.

“When there’s a lady involved, I’d rather be respectful, so I don’t talk to Paige that much,” he told the news outlet.

“I just don’t feel like texting someone that is in a relationship, because I want to be respectful,” Andrea continued. “I have [had] the chance to talk to Craig more and everything is great.”

Viewers will recall Andrea and Paige became romantically linked upon meeting while filming Winter House. However, by the time Summer House began, Paige had begun drifting toward her romantic feelings for Craig more. It was a situation Andrea calls “awkward.”

“[I found out] basically through blogs,” Andrea recounted. “In the meantime, Craig and Austen [Kroll] and I have a group chat, so we were talking like nothing was happening, and it was kind of awkward.”

Though he holds no ill will toward Craig and Paige, Andrea did wish that everyone, especially Craig, had been more open and honest with him about the direction of the couple’s growing romance.

“It was just like, ‘You’re my friend, I trust you. I want us to be open about everything and be supportive — and not just about Paige, about everything else,’” the Summer House star said. “So that was what made me a little bit upset. Like, it was really the moral side of all of it, nothing else.”

Andrea did ultimately give the couple his blessing and called them a “good match.”

“I’m happy for them. I’m excited for them, and I think they’re a good match,” he says, adding that they’re both “outgoing and funny” people,” he said. “I think they’re great … at the end of the day, I will always care for both of them.”

As far as Andrea’s romantic life, he didn’t have to wait long before a new flame came into his life, though he’s keeping the details a little more on the private side for the moment.

“I can’t spoil too much, but I’m dating someone, and I’m really happy,” Andrea confirmed to Page Six.

Though he’s keeping the identity of his new love under strict wraps, Andrea admits to taking things slow and easy.

“I’m excited for the future,” he continued. “But I like to keep my feet on the ground and take one step at a time. But, you know, let’s cross fingers and see what’s going to happen.”

“I’ve always been a family-oriented person, so I can’t wait for one day to find myself in that situation [getting married] hopefully the with the right person,” Andrea said. “It would be really nice [with her], but I want to be realistic … but it would be great.”

The new Summer House star also teased that viewers will see a different side of him than when they first met him on Winter House. Andrea went on to say last year was an intense year for him, but it rendered growth that he’s eager for fans to see this season.

“I feel like you guys are going to experience a different Andrea from the Vermont Andrea that you guys had the chance to meet,” he teased. “It was a really key year for me. Last year was a really intense year, but at the same time, I feel like it was a year of growth.”