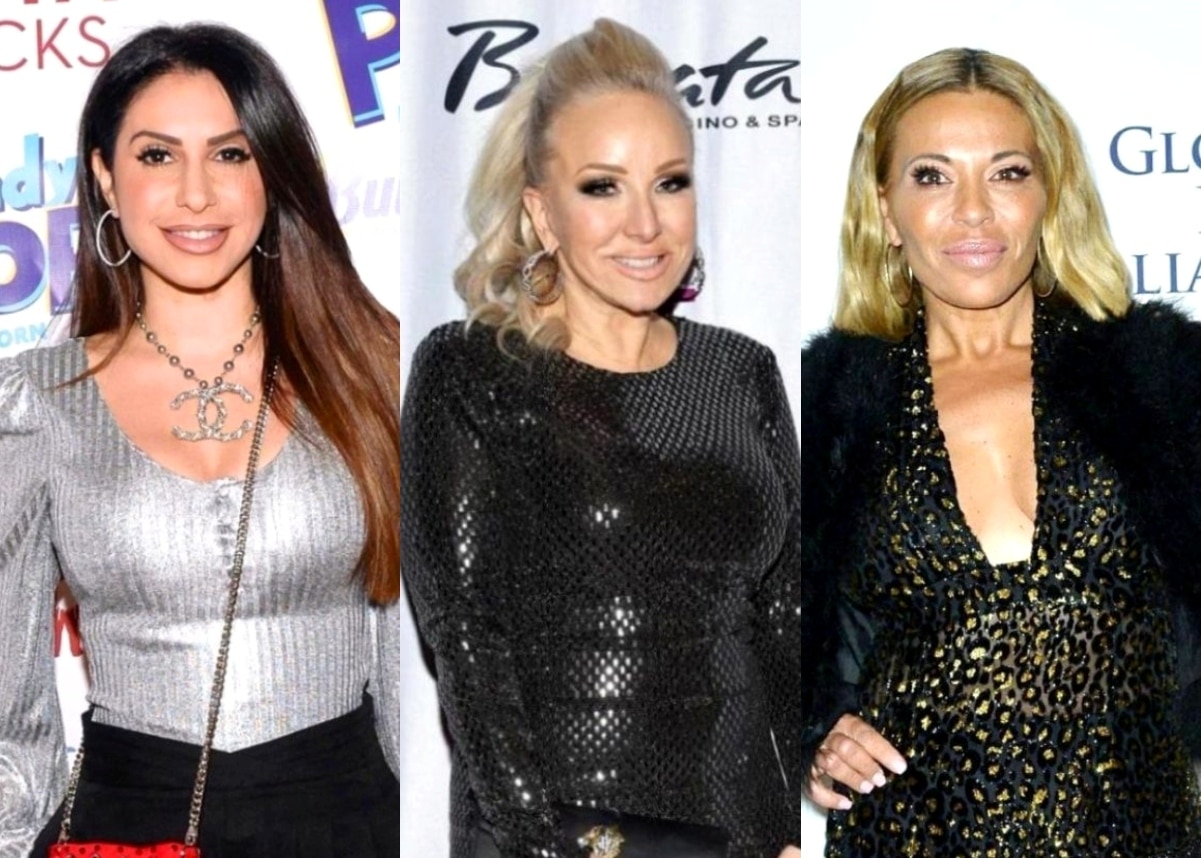 Real Housewives of New Jersey star Jennifer Aydin isn’t holding back anymore when it comes to her friendships and taking ownership of her mistakes. In a new interview, Jennifer is getting real about how the new season is impacting her life.

Speaking with Housewives Nightcap, Jennifer opened up about how she handled husband Bill Aydin’s affair being revealed on-camera.

“I was processing at that point. Like, unfortunately, the cameras were there to catch it all… and um, I decided like you know, there was only two, there was really only one way I could handle it,” Jennifer explained.

“It’s like, you know what, you want to do this to me? Well, I’m going to show you how much pain this is causing me. I’m not going to sugarcoat it or give you a pass, like this hurt my feelings. I’m hurt, I’m struggling and I’m gonna let everybody know it because I don’t care ultimately what people think,” she said.

Jennifer also went on to say that most of her castmates have “no manners” and “snubbed” her at Teresa Giudice’s pool party. And Jennifer knows that Margaret Josephs has it out for her, and she’s just waiting to knock her off “the pedestal” that she’s apparently put herself on.

“You guys all saw, they snubbed me. It’s like, did anyone ever teach you manners? Like, where are your manners? I haven’t seen you in a while and I like to say hello to people. Even if you’re having a thing with someone, like listen, can’t we just keep it cordial?”

“[Margaret] couldn’t wait to drop that tea [Bill’s affair],” Jennifer stated. “All of a sudden, now all of sudden you know about this affair you’re using it because you’re pissed off…[she’s] probably thinking like who does this girl think she is? I’m the new girl coming in with her five kids and her mansion and her white picket fence and showing everybody her life is one way. Well, you know what, I’m gonna show you that it’s not.”

She also hilariously spoke of how when Margaret brought up Bill’s affair, she didn’t even have her facts straight as to whom he had a 10-year-old affair with.

“Look, if you’re gonna come for me honey, at least come correct. Can I at least get that courtesy? Like you sit here with such absolution. You’re so positive I’m a hypocrite. You’re so positive that if I hate cheaters then how am I with a cheater? I don’t believe ‘once a cheater, always a cheater,’” Jennifer said. “If I did, I would believe Margaret cheats on [husband] Joe and I don’t. This was an attempt to push me off the pedestal that she thinks I put myself on.”

Jennifer went on to reveal that she didn’t bring up Bill’s affair last season because co-star Jackie Goldschneider was going through something similar — albeit as a rumor — but Jennifer believed it would have been “selfish” of her to make the situation all about herself for a storyline.

“Why? For a story? I’m not here to protect Bill, he made a mistake. But I will protect my children,” the RHONJ mom of five said.

Turning to a lighter note, Jennifer slyly teased that she doesn’t know exact details or of any potential dates of Teresa’s upcoming nuptials to Luis Ruelas, but she did have one shady tidbit to share.

“All I have to say about that is that the whole cast will NOT be invited to the wedding,” she said.

Jennifer is also questioning her friendship with castmate Dolores Catania this season as Jennifer is beginning to believe that Dolores only appeases her for the cameras but not so much in real life.

In reference to last week’s episode, Dolores became very heated when Jackie stated that she didn’t believe Dolores was really Jennifer’s friend in the way that she is with Margaret.

Jennifer went on to say she’s not mad about it all, and instead, she said, “Guess what? I don’t want to be your friend, actually. I’m starting to see that doesn’t like me, and just appeases me for the show, so I don’t know where we stand.”