RHONJ’s Kim D. Dishes on What Jennifer Told Dolores in Secret Phone Call About ‘Faking a Friendship,’ Plus Why Dolores Wasn’t Invited to Teresa’s Engagement Party 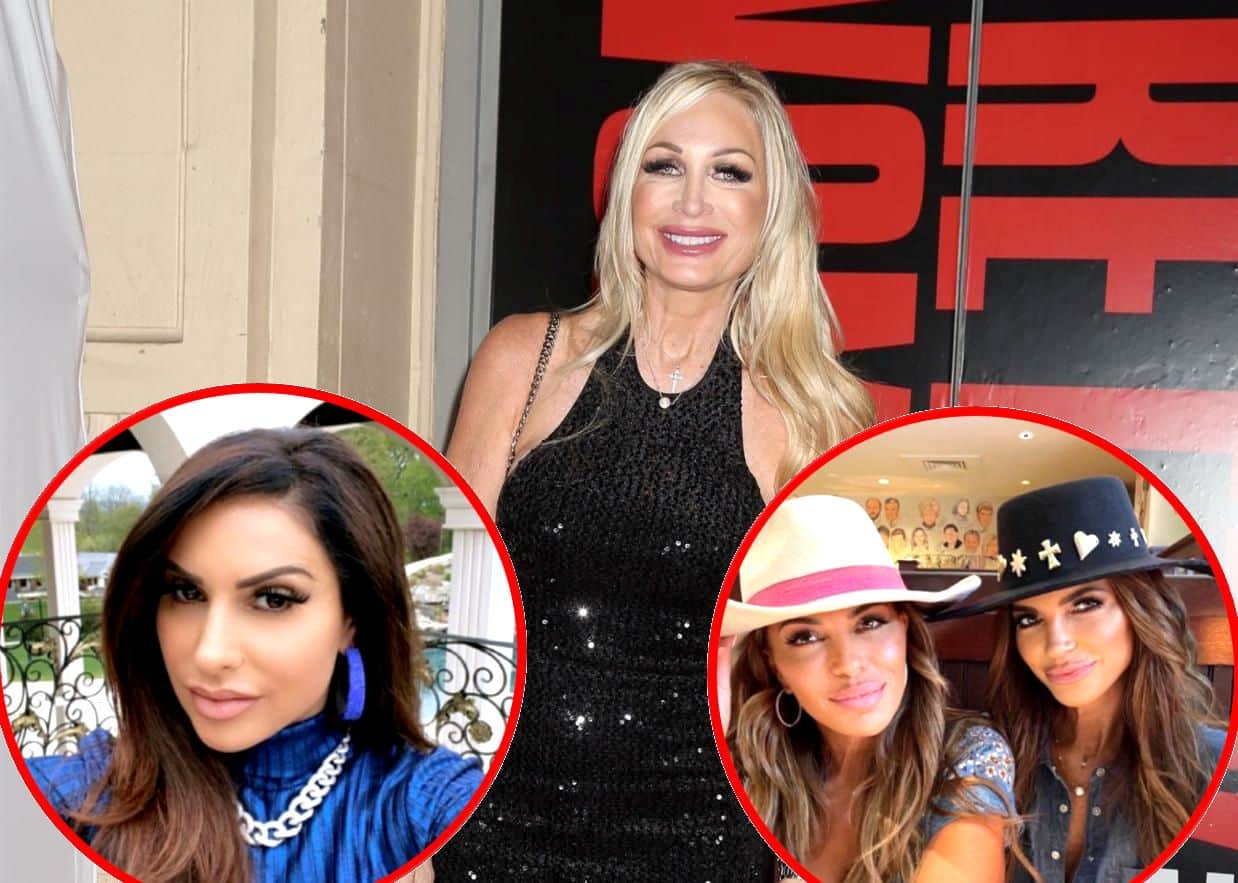 Everyone remember the infamous Kim “D.” DePaola from The Real Housewives of New Jersey? Well, she’s back and she’s talking. She’s opening about the demise of Dolores Catania and Jennifer Aydin’s friendship over a recent “secret phone call” and why Dolores wasn’t invited to Teresa Giudice’s engagement party. Get ready because she’s about to “mention it all!”

Sitting down with Behind the Velvet Rope with David Yontef, David straight up asked if Dolores was okay with her talking about her issues with the other ladies with him.

“Yea, I told Dolores that I’m going to be talking to you. Can I say it? She said, yes. I said, okay, good. I’m going to say it. So that came from the horse’s mouth that it was from Dolores to me, to you guys. That’s some inside scoop for this time,” Kim D. said.

Kim went on during the interview to speak of how upset Jen was with Dolores, claiming they had a secret phone exchange where Jennifer said they could be friends on the show but not while filming.

“I go, Dolores, what is up with you and Jen? She goes, I have no idea what I did or what I said wrong. She said, I called Jen and said, what’s the problem between us? And Jen just said, blatantly, I will be your friend on the show, but we are not friends off the show. I don’t feel you stuck up for me enough. That was the bottom line. That’s what she told Dolores,” Kim revealed.

After some prompting by David, Kim did confirm the call was “very recent.”

Kim also called “bull” on Teresa’s excuse for not having once-close friend Dolores at her engagement party to fiancé Luis Ruelas. Apparently, it was because they don’t go on double dates together.

“Just like when Dolores called Teresa when she wasn’t invited to the engagement party. She goes, why? Why wasn’t I invited? People are asking me, I don’t, I don’t remember. Oh, Teresa said, because you don’t double date with us. That was her excuse, you don’t go out with us as a couple,” Kim said. “That wasn’t the reason, we all know that. But Dolores did ask Teresa, why wasn’t I invited? Oh, because you don’t go out with us, like such bull. But anyway, Dolores is like me, like, she’s going to call you up and say, what’s up, you know, why are you acting like this? What’s the, you know, what’s the matter with you. So, and those were the answers. That’s the answers that she got.”

Kim went on to say that she knows Dolores is upset about both her friendships with Teresa and Jen, but she’s doing well because she’s got her new boyfriend, Paul Connell, to keep her occupied.

As for Jen and Dolores’ collapsing friendship, fans shouldn’t be too surprised as we previously reported that Jen said on Housewives Nightcap, “But now I’m starting to realize she doesn’t like me and just appeases me for the show. So, I don’t know where we stand. I just know some of the things I saw [this season] were really hurtful. Hopefully, we can try and work it out at the reunion.”