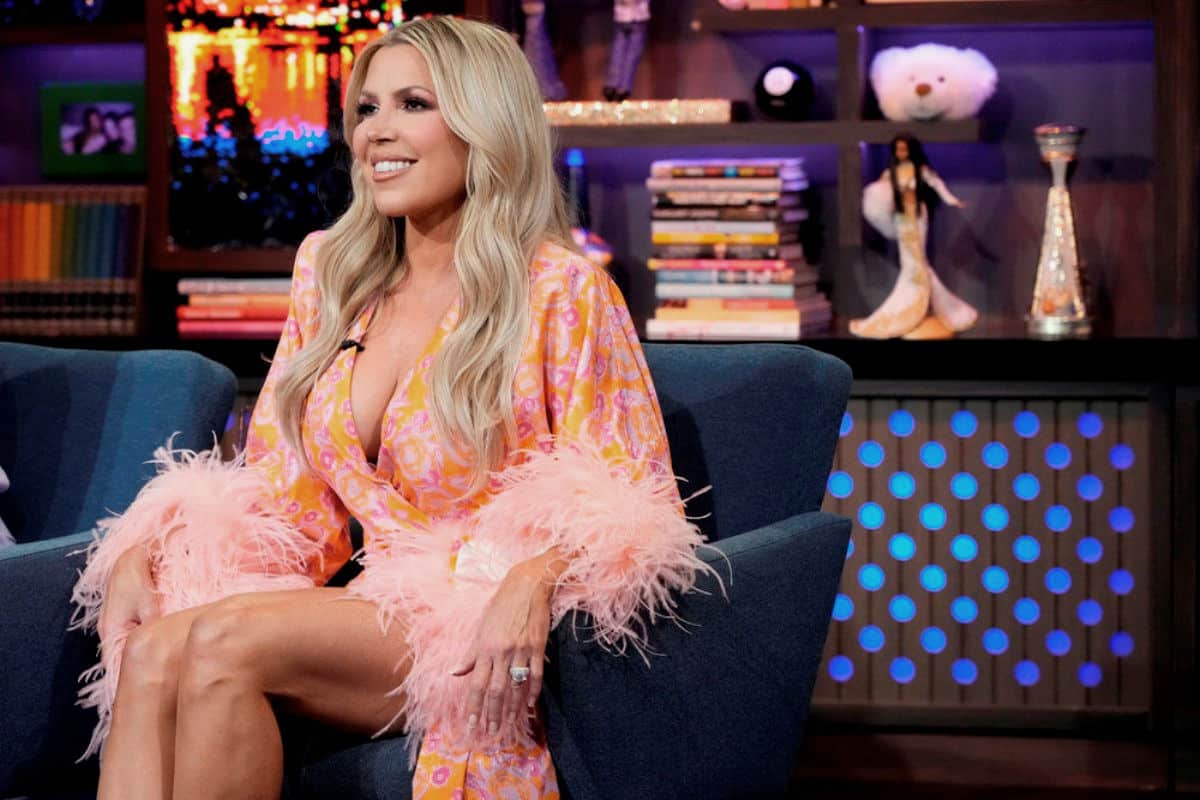 Following a very awkward dinner at Terry and Heather Dubrow‘s home weeks ago on The Real Housewives of Orange County, Jen shared her thoughts on Terry calling her relationship a “mess” before throwing major shade at Noella Bergener‘s behavior and dishing on the upcoming reunion.

“Just because the dinner didn’t end well doesn’t mean we are a mess,” Jen clarified on the March 23 episode of WWHL.

Going into the dinner, Jen hoped Ryne could see how healthy relationships looked like — but she didn’t tell him that.

“I did not at all because I wanted him to show up,” she explained.

Luckily, he wasn’t upset and actually later told Jen that “he should have been more supportive.”

After wrapping production on season 16 months ago, Jen and Ryne were able to move past their marriage issues and decided to “reboot” their lives.

“We put [our home] on the market, and we bought a house in my childhood neighborhood. It was my dream to go back there. We’re doing a reboot,” Jen explained.

And when it comes to her home in Hawaii, Jen confirmed to a curious caller that Ryne’s name is on the title.

“I bought the house before we were married, and he put a little bit in. So he is on the title,” she explained. “And we have different percentages.”

Moving on to Noella, Jen commented on the way she behaved at her party.

“I do not think she at all behaved properly. When I saw the tape afterwards, I’m like, ‘Wow that was extremely disrespectful,'” she admitted. “And I don’t think it’s cool to be disrespectful to other women. I think she should be ashamed of herself, actually.”

Jen also reacted to a fan who wanted to know if Noella had apologized for whispering behind her back at Shannon Beador’s get together, saying, “No. There was no apology there, whatsoever.”

After then revealing that she did get a little bit of advice going into the reunion, by someone who told her to give “concise answers” and not “go on and on,” Dr. Jen and her fellow WWHL guest and RHOC co-star, Gina Kirschenheiter, responded to some rapid-fire questions about the reunion taping, with the ladies agreeing they both “crushed it” with their fashions and revealing that neither of them cried.

“I was proud of myself for not crying. I’d never made it through one without crying,” Gina noted.

As for who they left feeling differently about, Jen named Shannon, saying, “Shannon put on a good show. It was all a show for her that day,” and, after agreeing Shannon was “real prepared,” Gina said, “Heather impressed me.”

“She was going for it,” Gina added.

Later, on the WWHL: After Show, Jen was asked by a fan if she’d unblocked Noella on Instagram.

“I have not unblocked Noella from Instagram. But what would it take? A little bit of respect and trust. I need a little trust building and some respect. I need to see her grow as a person for me to be internet friends.”