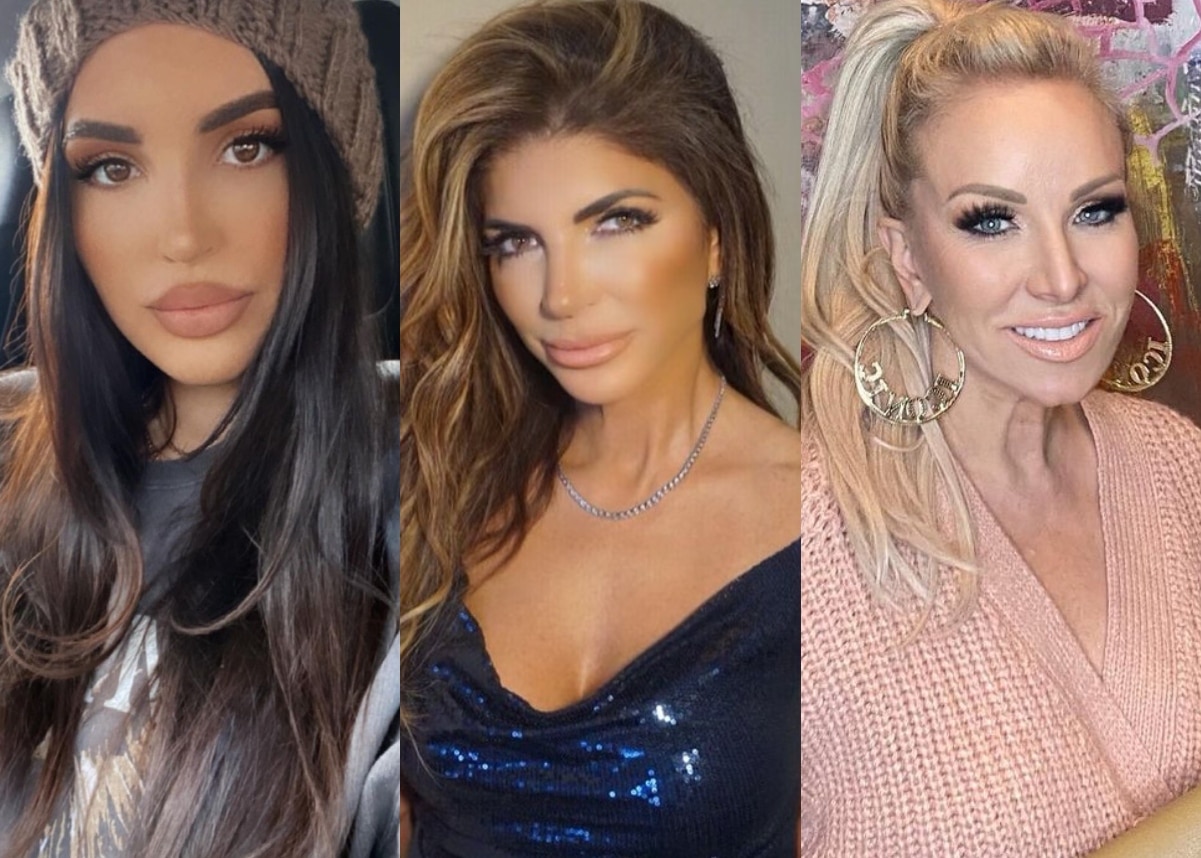 Real Housewives of New Jersey fans are still not over Teresa Giudice body-shaming costar Margaret Josephs during a charity softball event, and neither is Ashlee Holmes, the daughter of former RHONJ star Jacqueline Laurita.

After Teresa called Margaret’s butt “jiggly” for not wearing and promoting her athleisure brand, Ashlee had a special message for Teresa, and it hits the nail right on the head.

In a screenshot caught by the @bravobygays account, Ashlee posted, “Body shaming someone while trying to sell workout apparel ain’t it.” This was followed by a message saying, “Love your body in any leggings.”

Many fans and viewers were quick to chime in and agree with Ashlee.

One fan even called out Teresa’s daughter Gia, writing, “I know 20 is adult age but the Gia butt grab and comparison was kind of cringe and sad for me like damn Tre you are grown and hot enough to sell it yourself, your behavior toward the other women didn’t make them want to wear your stuff, I get it you’re irritated but your stupid is showing every time you do sh*t like that.”

Another viewer remarked that “Teresa will never understand this.”

And others vocalized their need for Jaqueline and Ashlee to return to the RHONJ franchise just to take on Teresa and Gia.

“I would f****** love if they brought back Jaq and Ashlee to go for tre and Gia just to take ‘em down a peg,” said one commenter.

That would definitely make for a spicy combination, as Teresa has previously said she would be open to a possible reconciliation with Jacqueline.

Margaret herself has already commented on Teresa’s remarks by taking the high road. “I was there for that charity event, I wasn’t gonna let anything she said at that second take away from what I was there for,” Margaret said. “It’s indicative of her character to attempt to make a charity event – insert herself into it – to say something rude at the charity event. It shows her level of maturity, trying to fat shame me.”

Teresa’s remarks also didn’t sit well with Jackie Goldschneider, who has bravely opened up about her battle with an eating disorder on RHONJ.

“I thought it was awful ’cause I’m so sensitive to it now,” Jackie said on The Real Housewives of New Jersey Aftershow. “I just don’t like hearing a woman’s body be criticized cause it makes it harder for me to be okay with gaining weight. So part of that was personal, I didn’t like it at all.”