Home Real Housewives of New Jersey News RHONJ’s Teresa Giudice Open to Reconciling With Jacqueline Laurita, Shades Margaret as a “Snake” and Reveals She Isn’t Planning to Sign a Prenup, Plus Update on Home

RHONJ’s Teresa Giudice Open to Reconciling With Jacqueline Laurita, Shades Margaret as a “Snake” and Reveals She Isn’t Planning to Sign a Prenup, Plus Update on Home 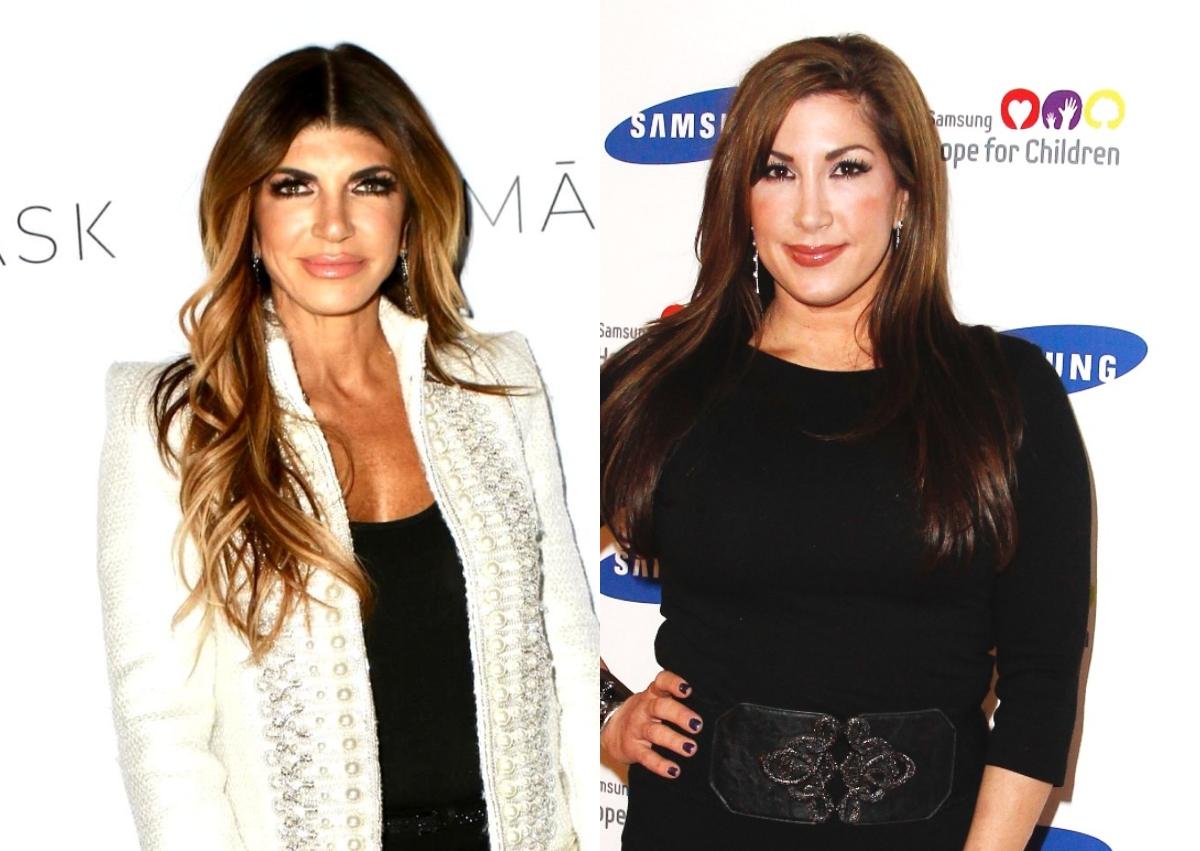 Teresa Giudice is ready to let bygones be bygones with Jacqueline Laurita.

While appearing on Tuesday’s episode of Watch What Happens Live, the Real Housewives of New Jersey cast member admitted she’s open to a reconciliation before reacting to Margaret Josephs‘ sharing of the news of Bill Aydin‘s affair, shutting down rumors of hypocrisy, and revealing she has no plans to sign a prenup with fiancé Luis Ruelas.

“My future sister-in-law, she started her own business with this app, called forgiving, so she’s telling me, ‘You need to forgive and move on.’ So yeah, maybe I would be open to that,” Teresa admitted of her future with Jacqueline on the February 1 episode of WWHL.

She then said Joe Gorga wasn’t wrong for his criticism of Joe Giudice, although she acknowledged that daughter Gia Giudice was in a bad place amid their dispute.

“He’s sticking up for me, of course, and he should,” she explained.

What Teresa didn’t like was Margaret’s behavior on Tuesday night’s show.

“That was so wrong. She’s lucky she didn’t end up in the pool,” Margaret noted, insisting that her mentioning of a fake rumor regarding Evan Goldschneider‘s alleged cheating wasn’t nearly as bad.

“My whole thing was a rumor. Hers is facts and now [Jennifer Aydin‘s] children have to live through this,” she explained. “This was a secret and then Margaret let it out.”

Later, during the WWHL: After Show, Teresa agreed with Jennifer that Margaret is a “snake in the grass.”

“Absolutely,” Teresa confirmed. “She is.”

After Gia, who was serving as the night’s bartender, spoke about her on-camera feud with her uncle Joe, saying that she stayed calm amid their spat as he “surprised” her with his “defensive” reaction and lack of “respect,” Teresa prompted concern from Andy Cohen when she admitted she has no current plans to sign a prenup.

No. I mean, I don’t know… If he wants to… I would,” Teresa shared. “I’m very easy about that. [But] he definitely has more than me and I would never take anything from him. I’m so not like that.”

When Andy then questioned Gia about why Teresa wouldn’t sign a prenup, Gia revealed her dad “made [Teresa] sign a prenup” and noted that she “really didn’t like that.”

“Like a week before… and I wanted to call the wedding off and my mom told me not to,” Teresa recalled.

Also on the show, Teresa confirmed she is “in contract” on the sale of her former home, which she relisted in December 2021 for $2.25 million after previously listing it in September 2020 for $2.5 million.

She then revealed why a previous sale of the home had fallen through.

“I was in contract with this family and Joe, my ex, he never got closing permits for the house so I had to do everything. So I had to do so much stuff and then he ended up putting dirt in wetlands and it scared the last buyers but I’m on four acres. You have wetlands,” she shared. “I guess they didn’t know about wetlands. Right now we live on six acres. We have wetlands.”