RHONJ’s Jennifer Aydin Claims Teresa Has “Proof” Margaret Spread Luis Rumors, Brings Up Margaret Throwing a Drink on Danielle, Plus Why She Wasn’t “Shocked” By Brawl 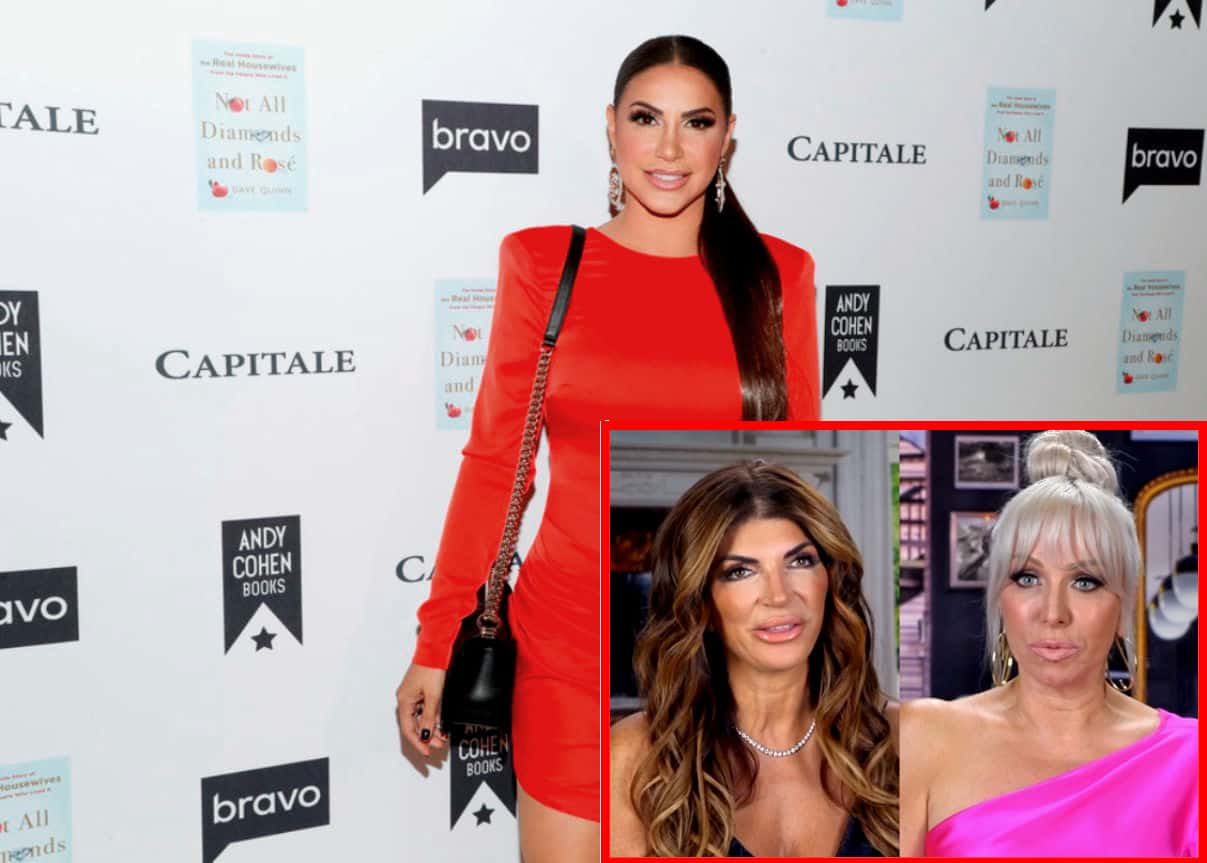 After last night’s April 12 episode of The Real Housewives of New Jersey, viewers saw the long-building tension between Margaret Josephs and Teresa Giudice finally come to a full head as Teresa flung a table full of food and drinks at Margaret while on a Nashville, Tennessee, vacation.

The altercation started after Teresa had been accusing Margaret of instigating and digging up rumors on her fiancé, Luis Ruelas, all season long. This prompted Margaret to call her a “disgusting liar” and Teresa to launch a full-scale blow on Margaret, screaming she was going “to beat that f***ing b**tch’s ass!”

Speaking with E! News, costar and friend Jennifer Aydin is giving her firsthand account of the brawl and why she’s not “shocked” that Teresa pulled the stunt that she did.

“It was shocking, but it was not shocking because, as Margaret always says, know your audience don’t poke the bear, and this is Teresa Giudice we’re talking about. She flips some food, not a table this time.”

Jennifer continued by saying that though she doesn’t condone her friend Teresa’s behavior, she makes note that it’s not like this type of altercation hasn’t happened before.

“I think we all remember Margaret throwing wine on Danielle [Staub], pushing Marty [Caffrey] in the pool, pouring water over Danielle’s head in a very aggressive and hostile manner. So, listen, it doesn’t excuse it, but I think we’ve all been guilty of it at one point or another.”

Jennifer went on to say that Margaret needs to “own her part” in all of the Louie drama and just stop digging into Teresa’s love life. She needs to say to her friend that she won’t do it anymore and just be done with the whole thing.

“I feel that all Margaret needed to do was be like, ‘OK you want me to stop talking about the love of your life and I need to respect that and own that,'” the RHONJ star said. “But because she wouldn’t stop, even though Teresa kept asking her to stop, I feel that it was a buildup and it led to where we were in Nashville.”

Unsurprisingly, Jennifer had little to no hesitation on whose side she was going to be on after the messy moment erupted.

“There was no question in my mind I was gonna go after Teresa and defend her and see if she was OK, because leading up to that there were multiple group discussions where I was even telling Margaret, ‘Listen, why don’t you just acknowledge your part in it all?'” Jennifer explained.

She also believes that there is some truth behind Teresa’s accusations that Margaret has been the one digging up dirt and spreading alleged lies about Louie, saying that though she hasn’t seen the “proof” Teresa has she does believe her friend.