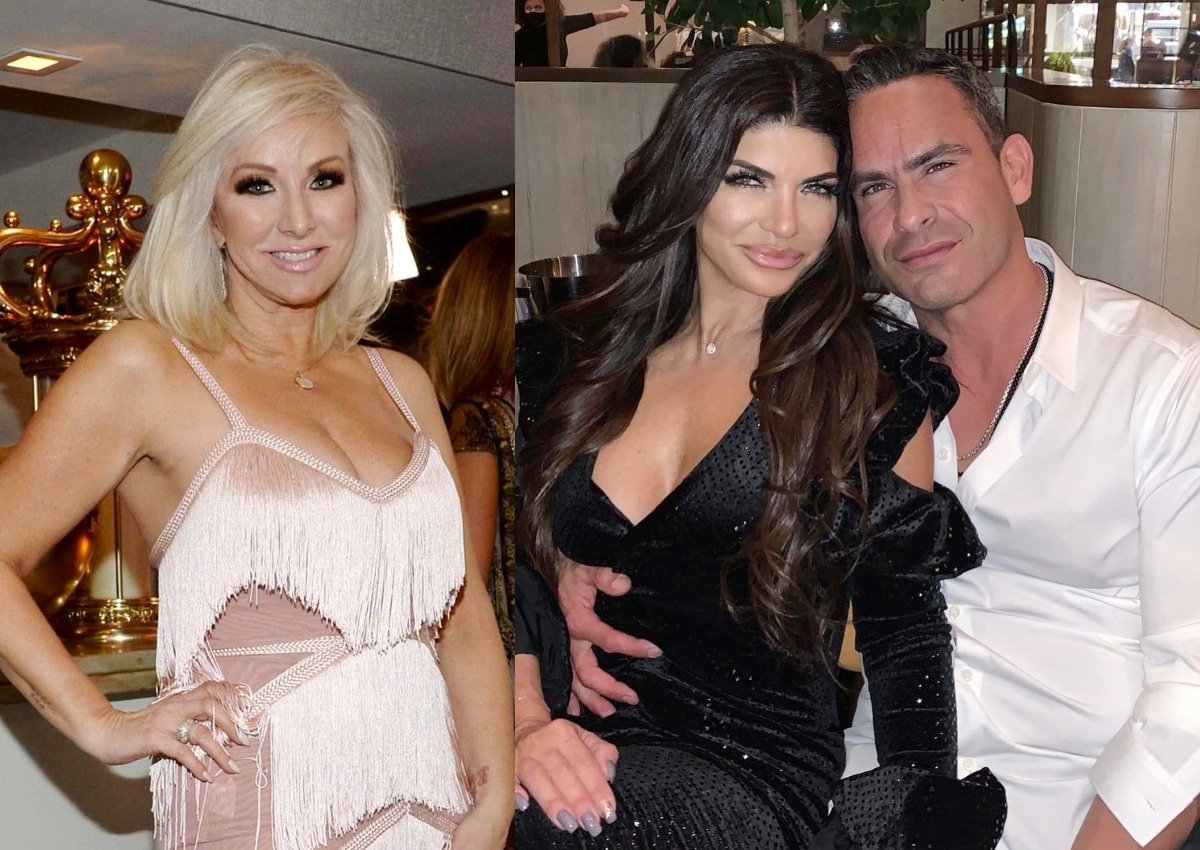 After Teresa Giudice‘s fiancé faced questions about his allegedly violent past and a controversial video he made at a men’s only camp on The Real Housewives of New Jersey, Margaret denied being the one who leaked the negative information about Luis to the press as Teresa revealed if she’s still convinced her castmate was the culprit.

“[Teresa’s] grasping at straws and so desperate. It’s just so far-fetched. It’s so entertaining to the fact that, this is all you got? This is what you do? Like I even know his ex-girlfriends. I knew nothing about this guy,” Margaret insisted on the March 29 episode of the RHONJ: After Show. “This guy came out of a f-cking house in Jersey Shore and pretended he didn’t know who she was. She can think what she wants. All this stuff was leaked.”

Although Margaret acknowledged that she and Luis are from the same county in New Jersey, she said the negative information was put out because “these women don’t like him” and noted that she’s heard plenty more that hasn’t yet been shared.

“I’ve heard endless things about him, endless things I haven’t even said. And, I have been at Melissa and Joe’s house and I’ve been privy to a lot more stuff I’ve never even said, but I’ll save that for the reunion,” Margaret teased.

According to Margaret, she doesn’t know any of Luis’ exes and said she wants him and Teresa to be happy.

“I wish nothing bad came out about this guy. I don’t need to deal with this dirty laundry,” she explained.

As for the thoughts of the rest of the RHONJ cast, Dolores Catania and Melissa Gorga said she didn’t believe Margaret hunted down Luis’ exes to pull out stories. Instead, Dolores said Teresa likely accused Margaret of leaking the stories out of anger as Melissa said she felt the women simply want to hurt Luis.

“I don’t like to just frame it as these women are trying to hurt Luis. I think my thought is if it’s not just one person, what did he do to so many women that all of these women collectively have so many things to say. I found the quantity of things on the internet to be concerning,” Jackie shared, noting that it was easy for “Teresa to blame Margaret.”

“I think that that’s what she chose to do so it seem like a concocted plan rather than the valid thoughts of a bunch of women,” she added.

Looking back at her claims against Margaret, Teresa made it clear that her opinion of Margaret hasn’t changed, saying, “I still think that now,” when asked about Margaret potentially leaking the stories about Luis.