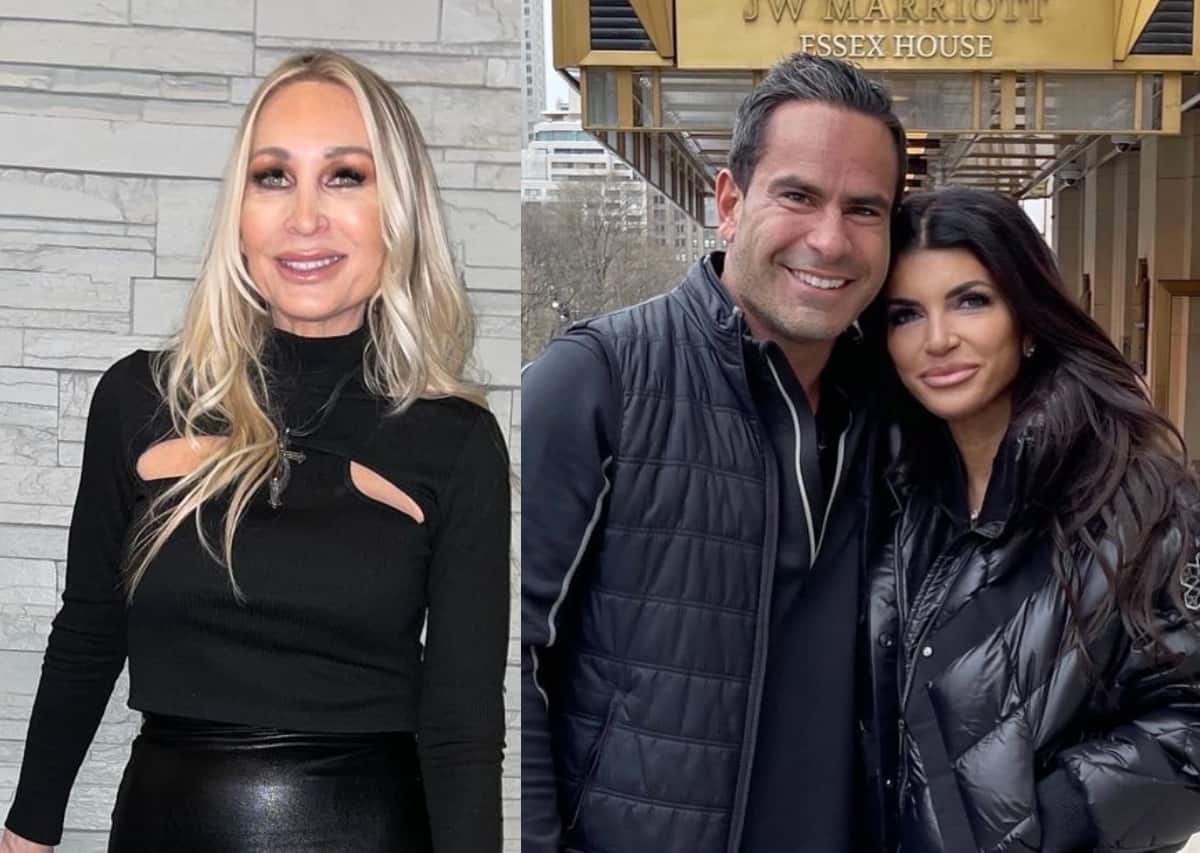 Kim has never been afraid to speak her mind, and as Real Housewives of New Jersey fans likely remember, she stirred up a fair amount of drama during her time on the show. Though she’s moved on from the series, Kim says she still receives a notable amount of tea on the current cast, and she’s spilling some of that said tea.

After dishing on a wide array of topics during a recent podcast appearance, Kim was asked if she knows anything about Teresa’s new beau. Kim went on to claim she knows “everything,” including things she wishes she didn’t know.

“He has a history,” she began on the Behind The Velvet Rope with David Yontef podcast. “He has a history of a few women that were in his life that don’t think very highly of him. They said that there was, you know, some forms of abuse. I haven’t heard about physical… it’s more mental abuse [and] locking them out of their houses, you know, things like that. [His exes say] that he’s a narcissist – all that kind of stuff – [and] that he has interesting sexual preferences. And he has – he’s the manager of some sex club out of Allendale, New Jersey.”

The Posche boutique owner didn’t stop there, though. Kim alleged that not only is Luis vindictive, but he also has a history of cheating, which she says she knows because his former lovers have reached out to her with the information. Furthermore, Kim claims he actually left his previous girlfriend for Teresa.

“I think he cheated on most of them. He came on very strong with them and then he somehow turns against them,” she explained. “And then they have to… they have to watch their back because certain things happen to them, like one girl saying her tires were slashed.”

“He was with a girl the day he met Teresa,” Kim continued. “He was living with someone and he went in and he was telling the girl, ‘My gosh, I met Teresa Giudice,’ and she goes, ‘I don’t care, whatever.’ He made a big deal of it and then one day he just never came home. And that’s how he broke up with her for Teresa. So, you know, he’s got a little history.”

At that point, Kim then got out her phone and began to provide receipts to host David Yontef. She seemingly showed him a private message she received from someone about Luis’ alleged ties to a sex club titled “Sacred Sexuality Meetup.”

“He’s the organizer, he’s [the manager],” she insisted. “Yeah, I think it’s, you know, a swingers type. Yeah. Organizer, member since 2016. Listen, Teresa talks about sex all the time [and] she might not have a problem with it.”

Kim then went on to discuss how happy Teresa appears to be in the relationship before suggesting her former friend has met her ‘narcissist match.’

“She’s loving her life right now. Oh my gosh, dancing in a private jet, you know what I mean?” she quipped. “He’s coming on strong, [and] God only knows spending all kinds of money on her, and she fell for him. Like, I’ve heard that he’s very charming and she fell for him.”

She added, “I saw in an interview she did [and] she was gushing. Like, she was gushing that she’s in love so God bless her. Let’s just hope that two narcissists met their match. It looks like [he has money.] I mean, they’re flying [and] you’ve gotta pay for a private jet.”

Kim says she’s “unnerved” by the information that’s been given to her about Luis, but she wishes Teresa well and would never want anything bad to happen to the reality star.

“She’s done me dirty…. bad,” she snarked. “But I would never wish [for] her to meet someone who was going to do something bad to her. I would never.”

“I’m really not going to try to talk smack about this guy,” she continued. “I don’t know him. I’m only saying what I heard from the horse’s mouth — from the women that he was with  — that there are some things that have gone on that brings me pause… that makes me gasp a little bit. He’s in the limelight now, so he can’t do to Teresa what he did to them because everyone in the world’s gonna know. She’s an international reality star! Some people hate her, but she’s beloved, so he’s not going to get away with that. So, he might be on his best behavior. We’ll see.”